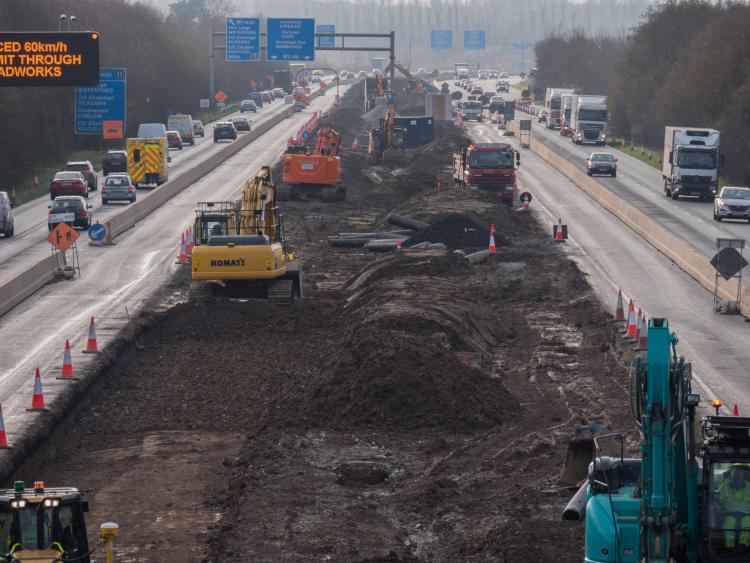 Works are progressing on the M7 motorway widening with traffic being moved onto the new carriageway surface from this morning.

"From 6am on Friday, 18 January, the current split in traffic on the westbound carriageway, just after Junction 9, will be removed and both lanes will run on the new surface adjacent to the median for approximately 4.5km," said Kildare County Council.

"Two lanes will be maintained during peak hours of 6am to 9pm at all times."

The council said the works will continue on the hard shoulder areas which will include for the tie in of new slip lanes.

The M7 Naas Newbridge By-Pass Upgrade Scheme is expected to be completed by April.