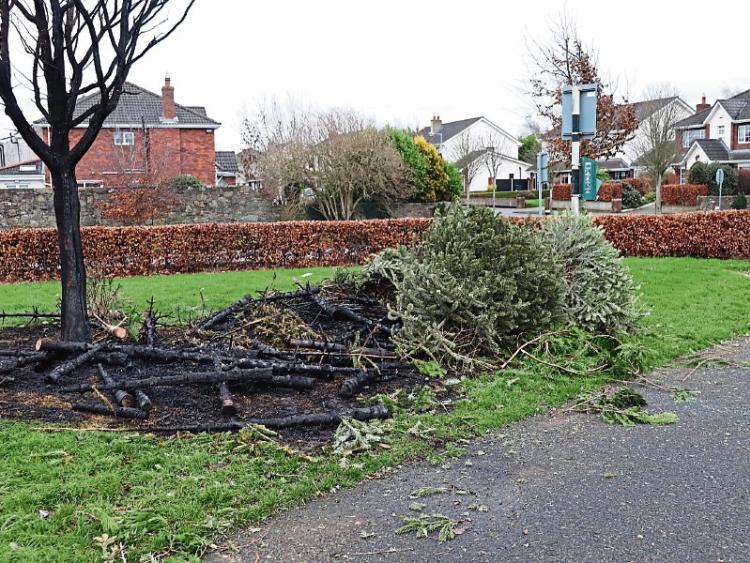 Christmas trees that were discarded in Monread Park over the weekend in the mistaken belief that they would be picked up.

But the trees were set on fire on Sunday, causing considerable damage to the park, which is used by thousands of people living in surrounding estates.

A local resident told the Leinster Leader that there were charred remains in the park this morning, Monday, and that at least one of the trees in the park, was “badly burned as a result”.

And he pointed out: “This could have been prevented. In the past the fire brigade has been called out, which only serves to tie up vital services and if a more serious incident were to occur elsewhere it leaves these services stretched and perhaps compromised.”

The man said there were between 40 and 50 trees discarded there. “And more are being added,” he said.

Naas locals are advised to leave their Christmas trees at the Fairgreen, where they will be picked up.

Read also: Two food outlets at the Whitewater in Newbridge to close