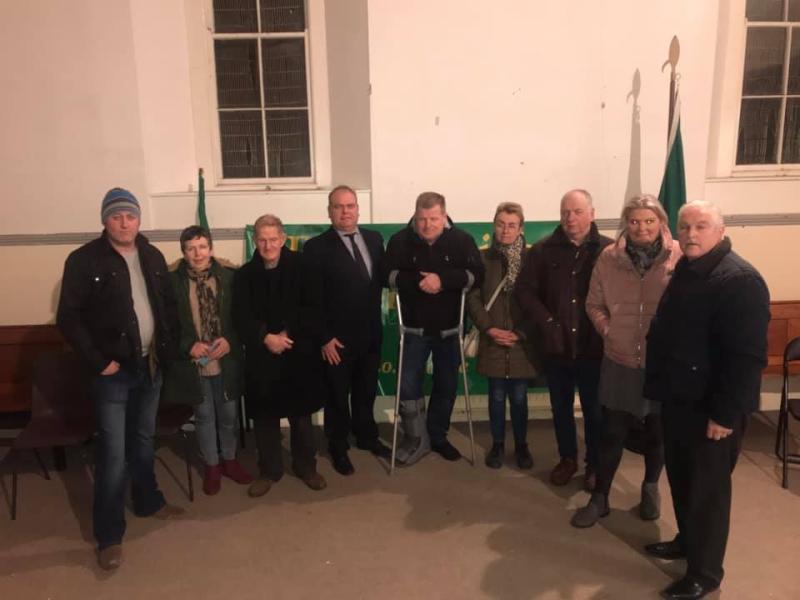 Sinn Fein has selected Cllr Thomas Redmond to run in the Athy District for the 2019 local elections.

The party has held a seat in the Athy area for over 45 years and this week marks the anniversary of the 1918 election whereby Sinn Fein swept the boards in elections throughout the state.

Cllr Redmond spoke about housing and the lack of jobs and the ongoing fight that this area has to provide services.

"This area has been smothered by politicians who have not delivered anything but social housing here and jobs haven’t been a priority," he said.

"I am from the town and keen to see every avenue examined to deliver jobs. I welcome the support of the Cumman and my many well-wishers. My job and that of our party will not be done until the prospects of people are increased here and homelessness is eradicated.

"The challenge is going to be difficult as the new boundary changes suit Fine Gael and Labour, but I know we are up for the fight."

He works for the HSE as a Housing Coordinator and has a business in England. He is the only Athy councillor on the HSE health forum and is a member of the Kildare County Council Housing Policy Group. He is a keen fisherman and married to Kildare native Evelyn. His is father to three children, Peter, Ted and Kate.