Remembering Kildare’s daughter on the banks of the River Rhine 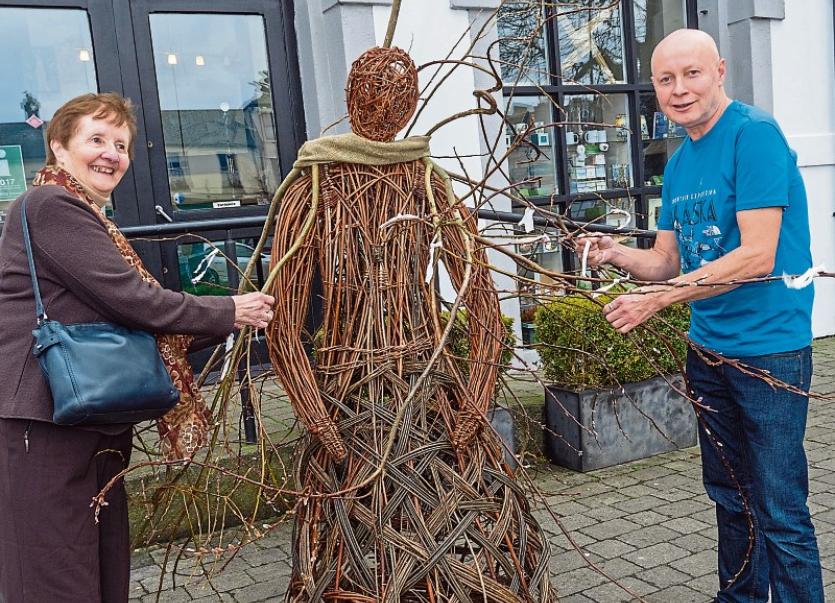 Kildare people are accustomed to the many and varied stories of St Brigid as related by the folklore passed down through the generations.

Although associated with Kildare where she founded her magnificent monastery, Brigid’s illustrious life is honoured in many parts of Ireland by way of place names — think of all the townlands named Kilbride throughout the country — as well as holy wells, churches and shrines.

She is the patroness of all of Ireland and certainly, on the domestic front, is virtually on a par with Patrick in the pantheon of Irish saints.

Less well appreciated in Kildare is the impact of Brigid’s story on places across the seas.

While the record of Irish saints who travelled throughout Europe in the early centuries of Christianity is well known through figures such as St Columban, who settled in Bobbio in north Italy, St Killian who founded a monastery in Wurzberg in Germany, and St Gall whose name is perpetuated in St Gallen in Switzerland, there has been little regard given to the possibility that Brigid was revered on the European continent.

Imagine then the surprise of this writer, when on business in Strasbourg, to find that not alone was Brigid represented by way of shrines and statues, but there was also an active annual devotion to St Brigid when her feast day came around on February 1 each year.

But first a word about Strasbourg and its environs.

It’s a city not greatly visited by Irish people, partially because there are no direct flights and partly because it is associated with European bureaucratic institutions.

However, such a characterisation greatly understates the aura and importance of what is one of the cross-roads cities of Europe.

It lies just a few kilometres on the west bank of the might river Rhine, which since the dawn of history has been the most strategic feature on the map of western Europe.

In modern times it is on the cultural interface between the great French and German cultures of the continent.

Although proudly French in its loyalties and language, it seems Germanic in its architecture and its menus — the latter closer to the Irish idea of winter-warmer dishes of pork and potatoes than the finer fancies of French cuisine.

In its old town, the streets are lined with the high-gabled timber framed dwellings and shops which are such a feature of Rhine valley streetscapes.

Strasbourg and its hinterland has been contested territory in the not so distant past. On three occasions between 1870 and 1940 the Germans and French went to war with each other with the prosperous city and its fertile environs as a prize.

And so it was fitting that when peace came after the second world war Strasbourg was chosen as a place of reconciliation and tolerance. The Council of Europe — not to be confused with the European Union — established its embryonic headquarters there and at its very foundation was an Irish minister, Sean McBride (son of Major William Bride executed in 1916) who in 1947 as Irish Minister for External Affairs was one of the pioneers of this European assembly which today numbers 47 states of Europe in its membership.

Present, too, was Winston Churchill, who saw the Council of Europe as a democratic bulwark against future division in Europe — an ironic fact given the drive by his Tory successors to distance themselves from European institutions.

Well over a millennium previously, Irish monks were drawn to the banks of the River Rhine, no doubt attracted by its status as a highway of cultural influences on the European continent.

With them they brought relics linked to the devotion to the Irish saint.

One relic preserved in a shrine in a prominent church in the old town of Strasbourg is said to be a part of the saint’s skull.

It’s an assertion that can be taken with a grain of salt but the attribution, however unlikely, nonetheless verifies the strength of devotion to the Kildare saint.

Strasbourg has been through great change down through the centuries, including being a focus of the Protestant reformation when relics and statues were frowned upon.

Therefore it is a pleasant surprise to discover that, in modern times, there is a special St Brigid’s service held about February 1 each year in the church where her relics are kept.

This service is attended by many of the international diplomatic community who live in Strasbourg and, on occasion, has been presided over by the Vatican’s representative to the Council of Europe.

In the Rhine Valley countryside to the north of Strasbourg devotion to Brigid is also alive and well.

As recently as three years ago the parish of Kilstett commissioned a stone statue of a seated Brigid.

In a demonstration of muscular Brigidine devotion this statue is carried shoulder high by a team of parishioners to each of the three churches in the parish.

The ceremonial is well covered in the local newspaper — the Derniéres Nouvelles Alsace which is the Strasbourg equivalent of the Leinster Leader.

So when February 1 comes around again, and our attention in County Kildare centres on the Féile Bride in Kildare town, it is gratifying to know that the county’s patron saint is also being remembered in a city centre church and in the rural hinterland of one of the old cities at the heart of the European dream.