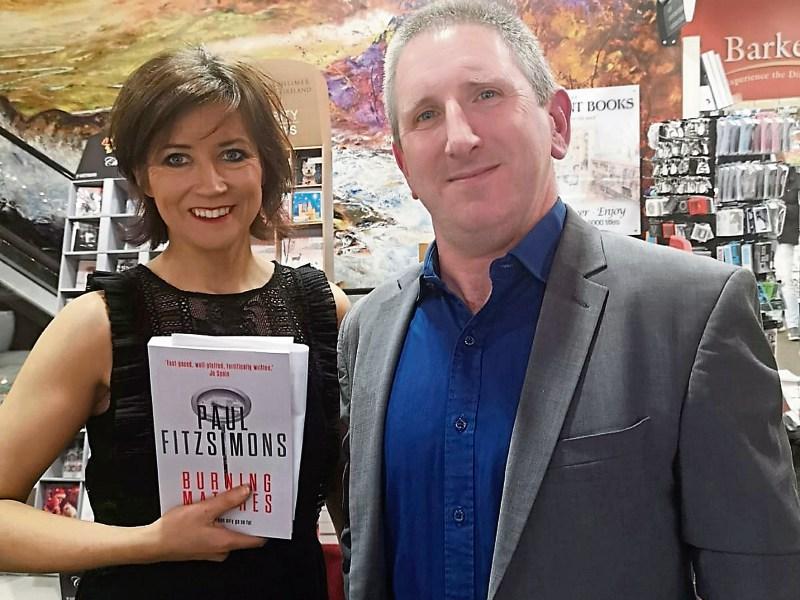 Naas authors Margaret Scott and Paul FitzSimons were pictured at the launch of Paul's debut novel 'Burning Matches'.
The book has already been on sale electronically for some time. Margaret Scott launched the book, at Barker and Jones on December 7.
Paul,  the son of the late Michael and Ann FitzSimons is also a film writer and producer, and was behind 'The Gift' film which appeared on RTE in earlier this year and had its cinematic release last year. Ms Scott explained that she and Mr Fitzsimons met at a creative writers class in 2004 in what was then known as the VEC.
And of all the people in that group “it was always really obvious that Paul was going to be the one who made it”.
Mr FitzSimons explained that Ms Scott was his second choice to launch the book, the first being his father Michael who died in 2017 and was a great supporter of his.
The story of the novel involves Detective Kieran Temple who, at the outset is woken by a 4am phone call from his ex-partner, who has just killed her boyfriend. It's one of intrigue, dysfunction and manipulation. The book is on sale in Barker and Jones now.
ADVERTISEMENT
Advertise with Us
ADVERTISEMENT
Advertise with Us