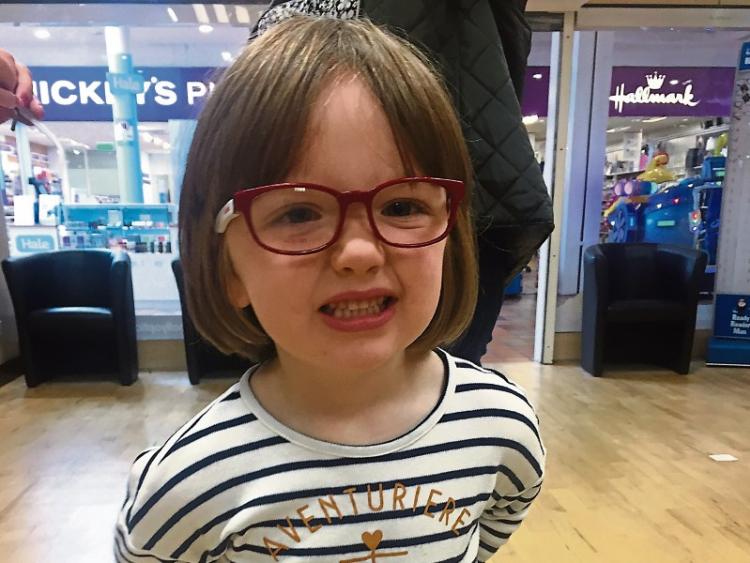 My wee woman is four on Thursday. Cliched and all as it is, it feels like no time ago that she was a small baby. There’s nothing small about her now though. She’s tall, her personality is big and she herself thinks she’s 25!

Conversations with a four-year-old are gas. I love chatting to her.

I’d want to mind you, because she would talk the hind legs off a donkey. She rarely stops, hates silence and chats about everything and anything.

A lot of her talking is done in bed at night after her story. Trying to actually get her to attempt to go to sleep can be difficult, what with all the talking!

She tells me the most random stuff and expects me to know what she’s talking about.

“Captain Turbot has a cousin named François, did you know that mammy?” says she to me the other night. I didn’t have a notion what she was on about.

She was talking about these people like they are relations from down the road. She was also highly disgusted when I didn’t know who she was referring to!

It turns out Captain Turbot is from Paw Patrol and François is his cousin from France. Google told me that but Sarah insists François is actually from Cork!

Where she got Cork from I don’t know. I didn’t know she even knew that Cork was a place!

Another night last week she was telling me all about what she did in Montessori that day. They were learning all about the organs in the body and she informed me that I have a ‘blooder’.

When I corrected her and told her she should have said ‘bladder’, she was having none of it. In absolutely no uncertain terms was she changing her mind.

She swore blind that her teacher said it was a ‘blooder’ and if the teacher said that, it’s gospel as far as Sarah is concerned. And who am I to argue with a headstrong four year old?!

Speaking of organs, she knows her stuff when it comes to the brain too.

One of the days last week I told her she was full of brains, to which she replied: “Don’t be so silly mammy, I only have one brain, so I can’t actually be full of brains, can I?”

She’s the stereotypical girl; not only a talker but a real thinker too.

She had her birthday party last weekend and automatically wanted all the girls in her class to come.

However, one of the evenings as she nodded off she asked me if girls and boys can be best friends. When I told her they could, just like her Daddy and I are, and she and her brother are, she was relieved.

It turned out she wanted to invite a boy from her class to her party, but she was worried it wasn’t an acceptable thing to do.

With her mind at ease she then asked could the same boy come to her house to play some day after school, and was made up when I said yes. I love the innocence.

She also hangs on every word my mother says.

Since we moved home and now live beside my mother, Sarah spends hours out with her every day.

Granny is the queen. Granny is also as mad as a March hare and a big fan of Brendan Shine! Sarah is subjected to the song Catch Me if You Can on a daily basis.

In the song there’s a line about a fella called Páidín from Tullabhadín who has money, acres of land and is looking for a honey!

Granny talks about Páidín from Tullabhadín a lot, which is grand as long as such mad conversations stay within the confines of granny’s walls.

A few weeks ago I popped in to a coffee shop to pick up a coffee and a scone to take home with me.

When I was standing at the counter, Sarah wandered off and the next thing I see her talking to an elderly couple who were sitting at a nearby table.

“My granny knows a man called Páidín and he’s from Tullabhadín and looking for a honey,” is what she was telling the couple.

The couple had obviously heard the Brendan Shine number before and burst out laughing at her.

She could not understand what was so funny but she was delighted that she entertained them all the same!

She has literally been talking since she was a one-year-old. Her motor mouth is only cranking up. God love the teacher that gets her in Junior Infants next year! She won’t let him or her get a word in edgeways.

She’s great company though. You’d never be stuck for conversation with her, and that’s for sure!

Indeed Granny has promised her a weekend away soon, just the two of them, and you’ll never guess where they are going? Or maybe you will!

The pair of them plan to head off to a Brendan Shine gig in the New Year.

Now, how the hell am I going to compete with that birthday present?!

Unless I arrange a meet and greet with Captain Turbot and François I think granny has the upper hand in the birthday present stakes this year!

Sarah is convinced she’s off to Tullabhadín to see Brendan Shine and I’m not quite sure what picture she’s painted in her little head with one brain, but I can safely say it won’t be like anything else she has ever experienced!

Until next week folks.