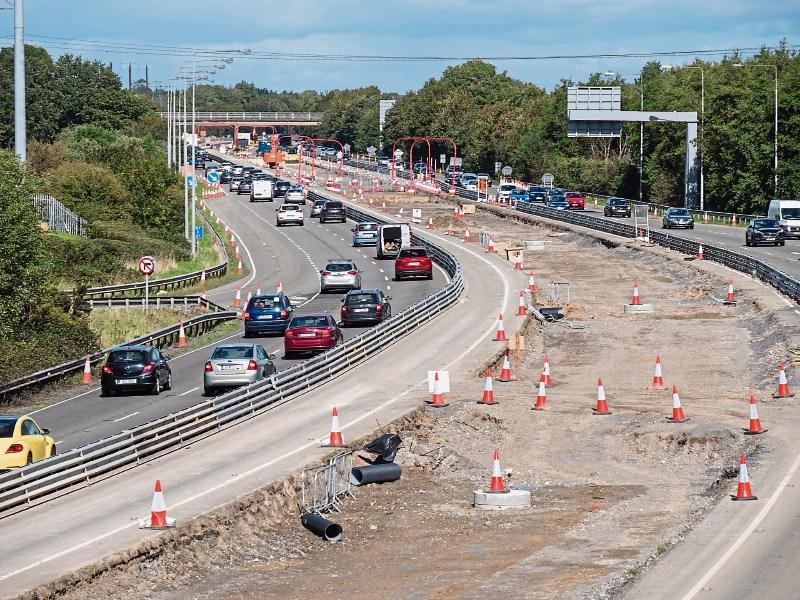 The M7 roadworks will finish in March

The end is in sight for widening roadworks on the M7, and for the construction on a new Sallins Bypass.

Speaking at a meeting of the Joint Policing Committee in Castledermot last Monday evening, Chief Superintendent Brian Sutton said he expected it to be completed by next March.

He was speaking in the context of efforts being made to combat speeding by passing motorists.

Commenting on the issue, JPB chairman Cllr  Martin Miley revealed that at the 60kph speed limit, it only takes nine minutes to get from one end of the road works to the other.

Chief Superintendent Sutton said that the speed limit was being enforced by speed van, and that in the days after the initial introduction of the vans, more than 20 motorists were caught speeding.

However, since then people have become more compliant with the speed limit.

He said that the aim was that roadworks to increase the motorway to three, rather than two laneways, from the Naas interchange to the point where the M9 begins is to complete the work by March 2019.

Kildare County Council CEO Peter Carey confirmed that the Sallins bypass and Osberstown interchange should be completed “by the end of Q3”, or the end of the September 2019.