Village near Ballitore found in advance of M9 motorway construction 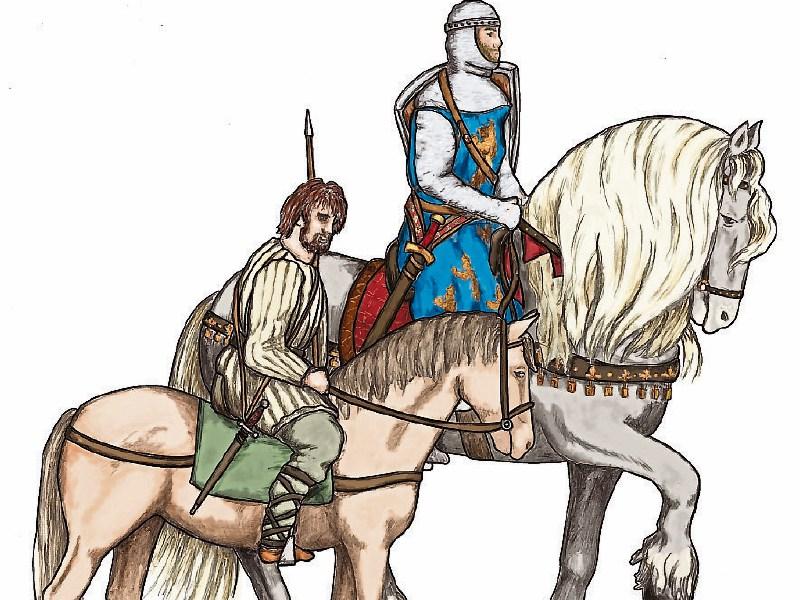 Artist's impression of a hobby horse, considerably smaller than regular horses, the type bred at Mullamast

Archaeologists working on a site at Mullamast, south of Kilcullen discovered the remains of a medieval village – and found significant evidence that it was a centre of horse breeding there, making it the oldest known stud farm in the county.

The excavation of the area was conducted in advance of the construction of the M9 motorway.

And tomorrow afternoon, December 6, in the Tanyard in Ballitore Transport Infrastructure Ireland and Kildare County Council will come together to launch a book of the findings of the archaeologists.

The book is called Colonising a Royal Landscape – the History and Archaeology of a Medieval Village at Mullamast, and will be launched by Guy St. John Williams, author and horse racing historian.

The excavations covered 2.3 hectares, which is estimated to be only 10% of the overall area of the village. It is the largest excavation at a deserted medieval village site to date in Ireland. With approximately 90% of the village remaining relatively undiscovered under the sod either side of the motorway, it is undoubtedly a subject for future archaeological study.

The archaeological excavations took place throughout most of 2007.

The village is described as a lost Anglo-Norman village at Mullamast, close to Ballitore village. Knowledge of the village did not come as a total surprise, as it has been documented in historical sources, but its precise location was not known. 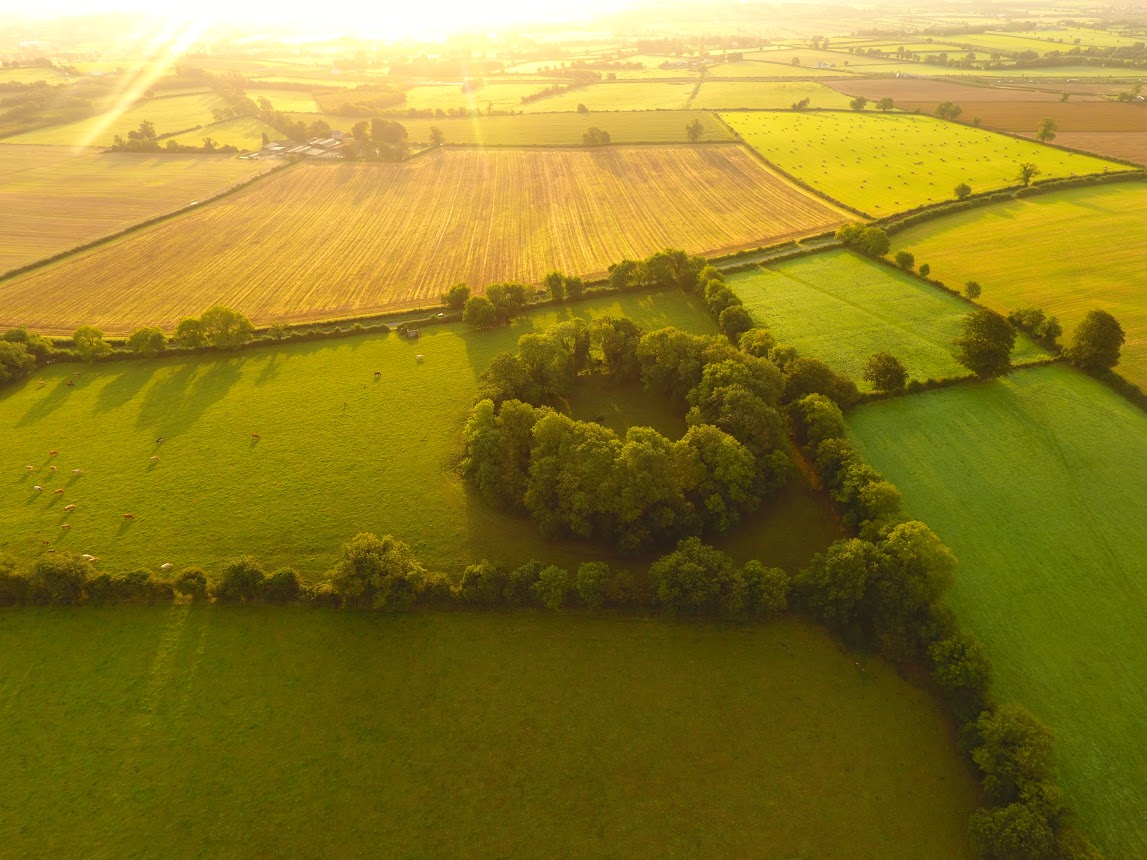 The scene at Mullamast, from the air

Earlier geophysical surveys and archaeological test excavations had identified the potential village location, before the main excavation to place.

The distinguishing feature of the settlement was the unusually high proportion of horse remains, especially smaller horses corresponding in stature to a hobby, which is a small, agile horse, prized and bred for raiding and scouting in times of war, and the specialist light cavalry called hobelars, who rode them.

They were bred, trained and exported from Ireland for use in military campaigns abroad, for example, to serve in Edward first’s campaign against the Scots. The village of Mullamast may well be the first stud farm in the long history of horse breeding in Kildare and a place where the villagers specialised in horses bred for warfare.

The village was an Anglo-Norman establishment, possibly founded by Walter de Ridlesford, a grandson-in-law of King Henry 1. Its location may have been deliberately chosen, as it lies in the shadow of the ridge of Mullamast, capped by the Royal fort of Maistiu.

Examples of other Anglo-Norman villages established at significant existing settlements include Oughterard, Old Kilcullen and Moone. A pillar stone from Mullamast is now housed in the National Museum of Ireland and bears very fine sixth-century decoration. 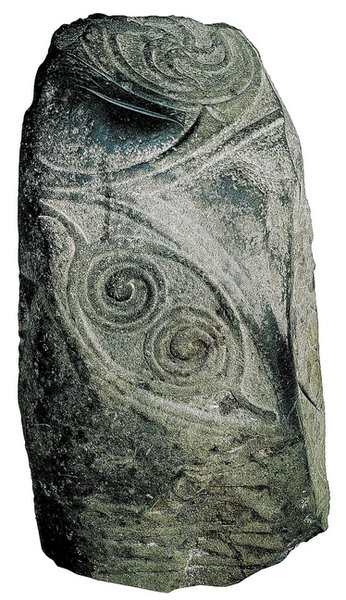 A pillar stone from Mullamast, now housed in the National Museum of Ireland and bears very fine sixth-century decoration.

Grooves and polishing on the surface of the stone towards its top probably derive from sharpening and burnishing swords at inauguration ceremonies and other ceremonial events at the Royal fort. This stone was chosen by the Royal Irish Academy in 2013 as one of the 100 objects that shaped Ireland.

The excavation revealed boundary ditches, roadways, a possible village green, a number of house plots and a pond, which may have been used for fish. The boundary ditches along the edges of roadways and around house plots were substantial and provided necessary drainage channels. Evidence of actual buildings was less clear, as the buildings were probably constructed on pads, as opposed to wall footings and foundation trenches.

Cattle, sheep and pigs were reared and slaughtered for their meat, but also supplied milk, bone tools, wool fleeces and hides. Animals were also traded at fairs in nearby settlements. Bones of other animals and birds from the excavations included dog, cat, deer, pinemartin, fowl, pheasant, crow, goose, mallard, grouse and squirrel.

Evidence for the harvesting and processing of cereal crops, like oats, barley, wheat and rye, shows that that arable farming was also a very important aspect of village life and sustenance.

A long-cross silver penny of King Edward 1 was minted in Canterbury between 1294 and 1299. And a most unusual find was a fourth-century AD Roman coin, possibly of Constantine the Great, which was found in the foundations of a building, perhaps inserted there for good luck by a returning pilgrim. 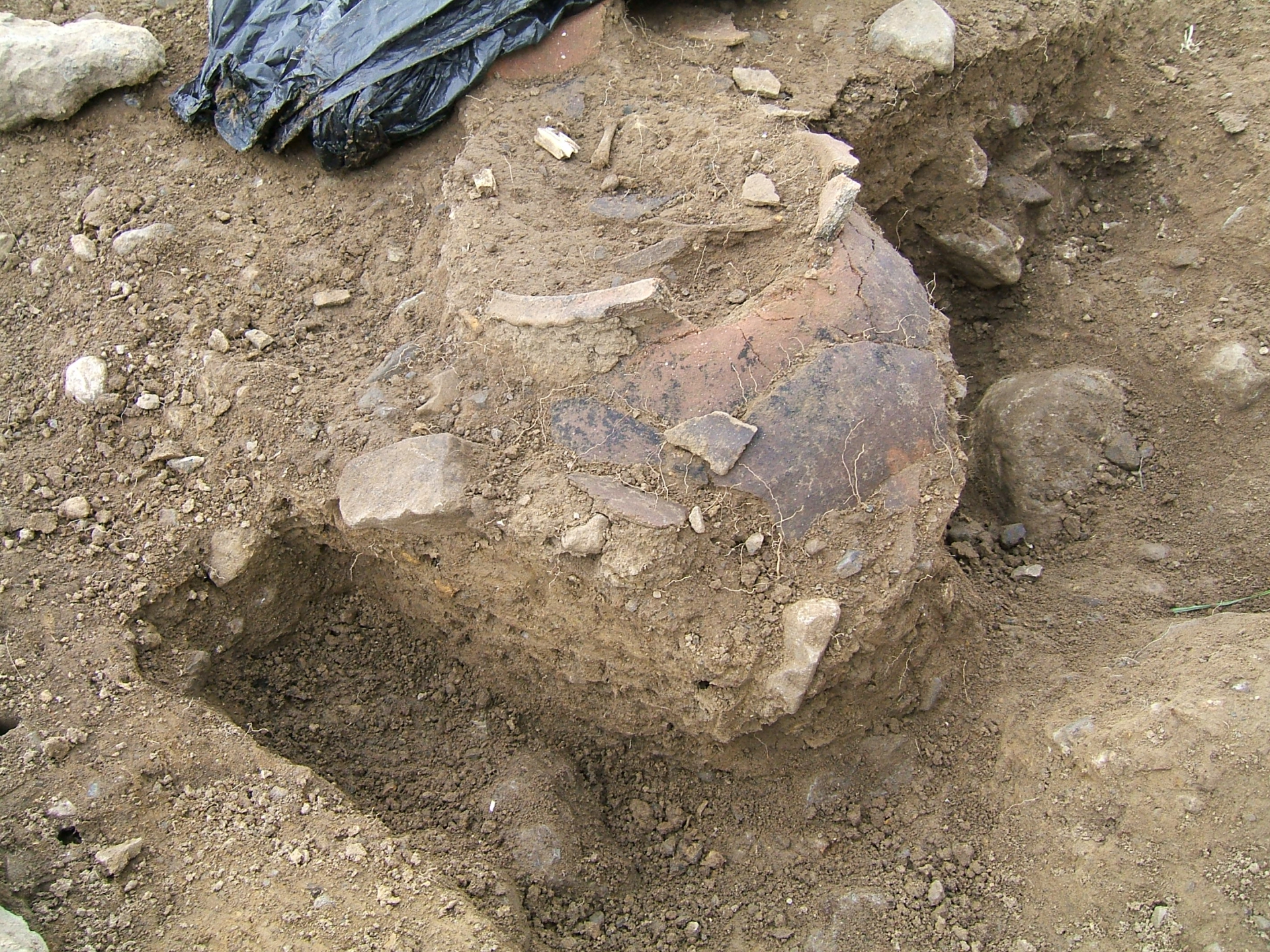 Remains of pottery found at the site

Some Anglo-Norman settlements survive as towns into the present Kildare landscape, like Athy, Castledermot, Celbridge, Clane, Kildare, Leixlip and Naas.

Others had a different fate, becoming deserted or lost in the landscape, like Ardree, Ardscull, Cloncurry, Kilkea, Old Kilcullen and Oughterard.

Mullamast flourished in the 13th and 14th centuries. Like other similar settlements, its decline probably resulted from a combination of factors, rather than a single catastrophic event, such as factors like climate deterioration, geography, the Bruce Invasion in 1315, the Black Death and a resurgence of the native Irish. 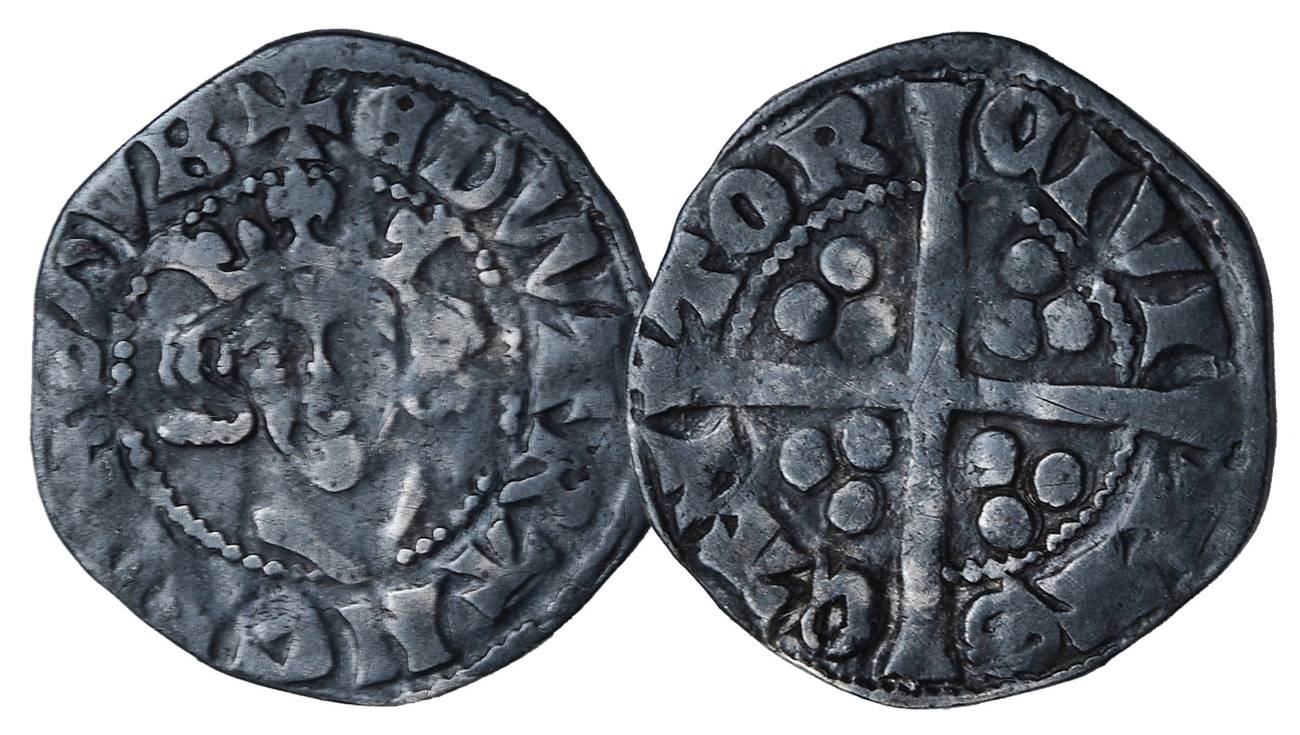 An added, possibly significant reason, for the decline of Mullamast was the declining in popularity and market for the hobby horse and its mounted light cavalry hobelars – in favour of mounted longbowmen. The exact locations of the documented church and castle are still unknown to us in the present day.