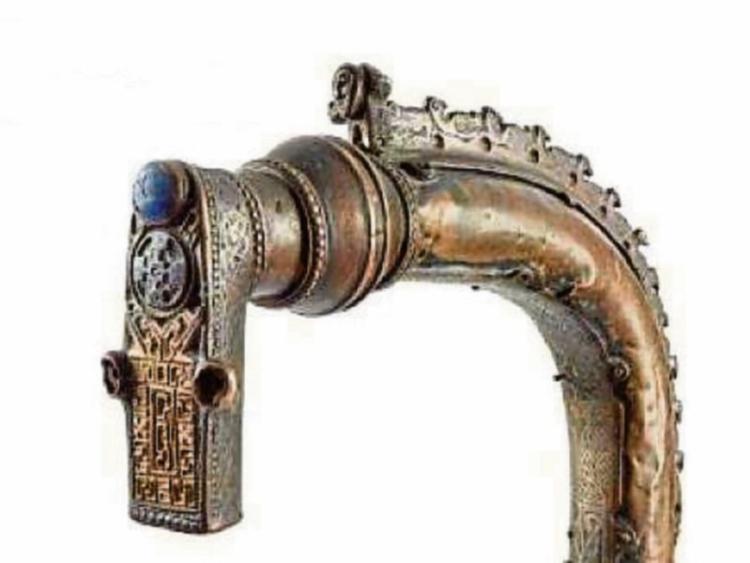 Detail from the Crozier

An artefact found in bogland near Prosperous in the 1800’s has gone on display in the National Museum.

The ‘Prosperous Crozier’ is considered to be a highly significant artefact surviving from Medieval Ireland. It is the oldest, securely-dated, complete crozier from Ireland and Britain, and one of the oldest in Europe.

Discovered in a bog near Prosperous in 1839 during turf cutting, the Crozier has since then remained in the care of the Jesuits in Clongowes Wood College.

Archaeologists say that carbon dating of the crozier places it at sometime between 880 and 1021AD — and an inscription on a small plate on it appears to link it to St Mary’s Abbey, Dublin. 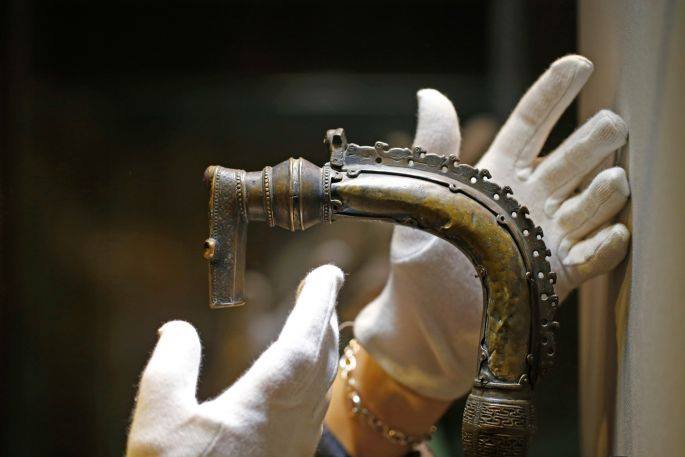 At 1.34m in height, the Prosperous Crozier is also the tallest of the surviving early medieval Irish croziers. It is believed that, like many croziers in Dublin at the time, it was moved out of the city in the 1500’s at the time of the reformation.

Croziers take the form of a shepherd’s crook, symbolising the pastoral role of the Church in looking after its ‘flock’. They were recognised as potent symbols of power when in use.

And experts say it will be add to an already significant collection of croziers on permanent display in the National Museum on Kildare Street in Dublin. 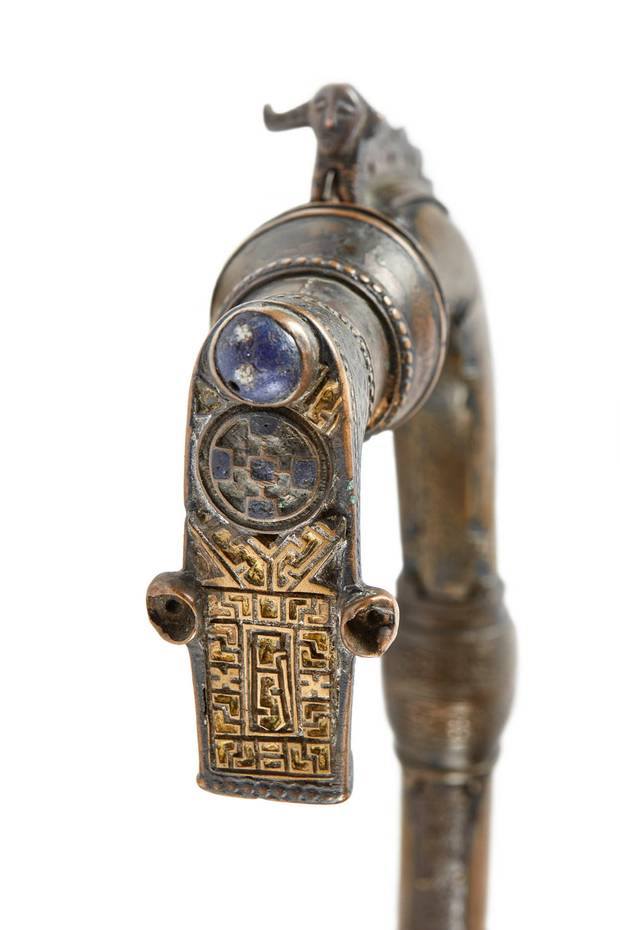 A better look at the detail on the Crozier

Writing in the Spring 2017 edition of Archaeology Ireland, archaeologists Griffin Murray and Pádraig Ó Riain say that although it is not as spectacular as later croziers, the Prosperous Crozier “should be celebrated for its very early date, its remarkable completedness and its more modest craftsmanship.”