Run will take place on December 8 next 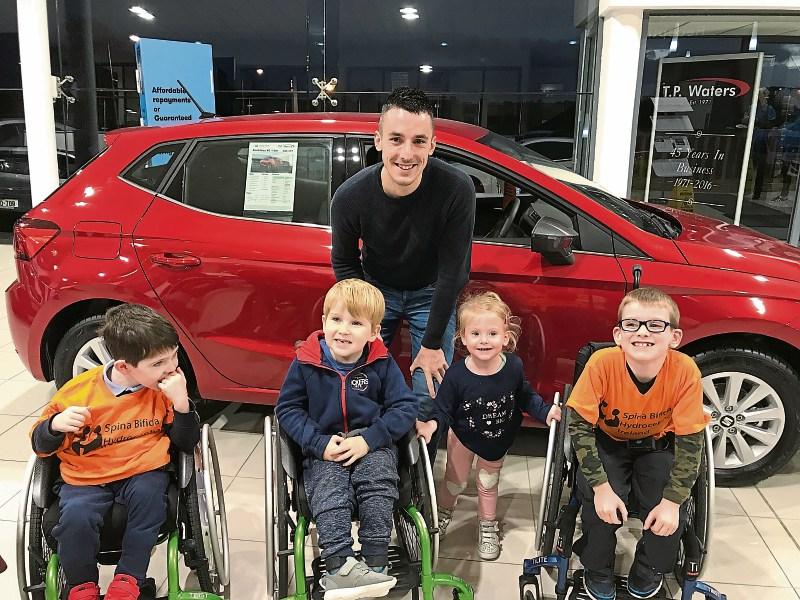 Guest of honour at the launch was endurance athlete and SBHI Spina Bifida Hydrocephalus Ireland Patron Shane Finn, who will also take part in the club’s TP Waters 12ks of Christmas Run.

Shane has just completed 24 Marathons in 24 days and has raised €140,000 for SBHI and is now on his way to America to undertake a race across the country and then returns to run in the 12ks of Christmas Run.

The run will take place in Kildare town on December 8 next and participants can run for either 6km or 12km.

“It is the annual fundraiser for our club,” said PRO Noel Hickey.

“We have also nominated SBHI for this year’s charity donation from the run. TP Waters sponsored our medals this year. We had around 600 runners last year and this year we are hoping for 1,000.”

“My first cousin has SB and that’s how I got involved in raising money for SBHI. I am going to cross America next March in an ultra run, ultra bike challenge in 36 days.”

TJ Waters of TP Waters Garage also presented a cheque donation of €4642 to Gerry Bell, Kildare Branch. The cheque is the proceeds of the ‘Ambition Run’ organised by TP Waters, which took place last September.