Award for contribution to promotion of the French language and culture 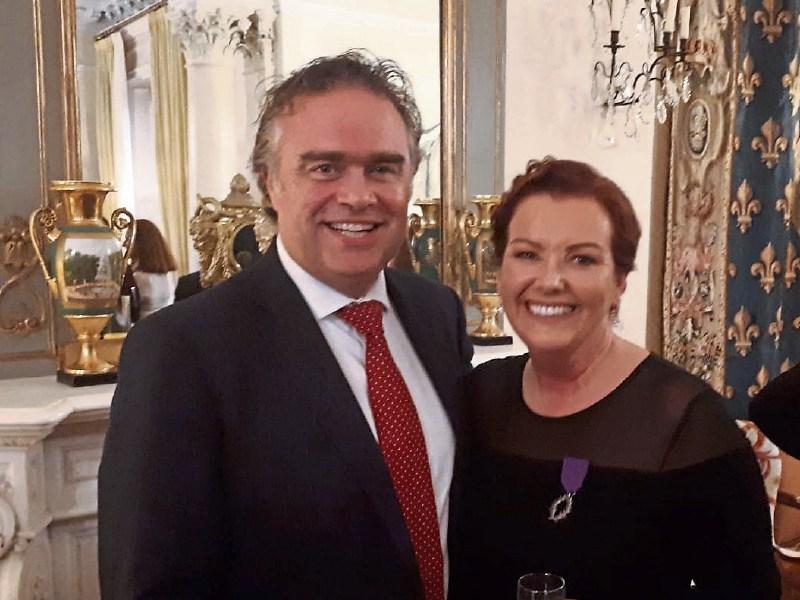 A Kildare teacher has been recognised by the French Government for her contribution to the promotion of the French language and culture outside of France.

Tanya Flanagan is a teacher at St. Farnan’s Post Primary School in Prosperous and the schoool said it was proud to announce that she was given the award by the French Ambassador, H. E. Stephane Crouzat at a ceremony held at the French Embassy on Ailesbury Road last Friday, October 19.

Ms. Flanagan was one of two recipients of the highly coveted Chevalier dans l’Ordre des Palmes Académiques. It is awarded to people who contribute greatly to the promotion of the French language and culture outside of France.

Ms. Flanagan joins a list of recipients that include Michael O’Dwyer, Head of Department of French, NUI Maynooth, John Ringwood, Professor of Electronic Engineering in NUI Maynooth and Louise Curtin who teaches in Belvedere College Dublin.

Speaking to the Leinster Leader, St  Farnan’s principal Eddie Collins said that the school was “very proud of Ms. Flanagan at St Farnan’s and thank her for her tireless work and dedication to our school”.