KILDARE OPINION: Remembering the players who reached the 1998 All-Ireland final 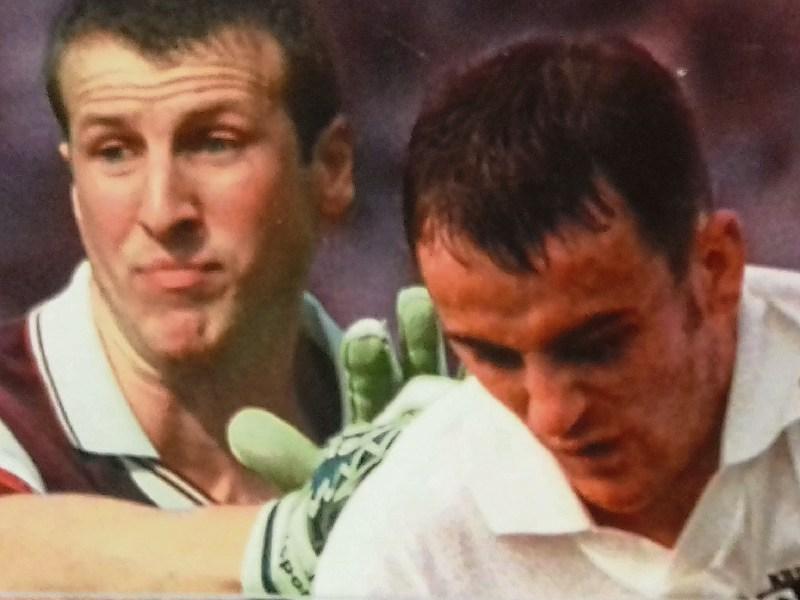 It’s twenty years almost exactly since that September afternoon when, as Don McLean would have it, the music died.

The supporters arrived surfing a tsunami of optimism.

Hill 16 was a blizzard of white expectation punctuated by the black and white chequered flags otherwise seen at motor racing events.

And, sure we all know what happened.

Virtually unbackable at odds of about 1/3, there was good reason to believe our time had come. It looked that way too for a lot of the 1998 All-Ireland football final between Kildare and Galway.

At half time, after a tardy beginning, Kildare led by three points.

Nothing to worry about here.

The diehard fans will recall that Kildare got to the 1998 All-Ireland final having beaten the three previous All-Ireland winners Dublin, Meath and Kerry.

Their opponents emerged from an impoverished five county province, which hadn’t produced an All-Ireland winner since 1966. True, they played well in their semi final.

But their opponents Derry were a team almost playing from memory and whose best days were well behind them.

Kildare was united in a way that you fear may never happen again.

The county is geographically fractured then and now.

It’s three counties in one. The north — where the population is — the mid of Naas, Newbridge and Kildare town and the south, anchored by Athy. There isn’t much interaction between people living in the different areas. And this has been accentuated by the growth in population. There were 135,000 people living in Co. Kildare in 1996 and the most recent official population figure for the county is 222,000. But a big population is no guarantee of success; otherwise there’d be no gaps in Dublin’s CV, or Cork’s.

Kildare is not like other counties such as Limerick, Kilkenny, Laois, Cavan, Waterford or Sligo which have a large town to which the rest of the county gravitates.

There are many people living here that are not from the county, the proximity to Dublin guarantees this and there were more Dublin flags around Naas when Kildare last played the Dubs in a Leinster final.

Much would change though if Kildare were to get to the All-Ireland final again.

But in the meantime we suck the marrow from the bones of a game played at a half developed Croke Park. It was a time when players were more accessible to all of us.

Most are no longer visibly involved with the game, but it was quite a team.

Glen Ryan is the only one to have managed a county, he manages Round Towers now and you feel that if he could, he’d still be playing. He was a warrior footballer. This was a time when some of the better players “rested” for league games. Ryan never did.

He was among the five Kildare All-Stars in ‘98, as well as John Finn, repositioned that day because of a late injury to Ronan Quinn.

Dermot Earley was Kildare’s top scorer and Eddie McCormack was among the better players as was Karl O’Dwyer.

Although manager Mick O’Dwyer was criticised by some for the number of players who had previously played for other counties only two — Brian Lacey and Karl O’D — were on that team and both are certainly honorary Kildaremen now.

Willie McCreery started life as an athlete and now trains racehorses — spanning the two sports in which Co. Kildare have been traditionally strong.

The most enigmatic was Martin Lynch. That the Clane player did not have a good game that day and was taken off shouldn’t disguise the fact that he was one of the best we ever saw in a white jersey and the one we expected more from, too much more, than anyone else. One of the most naturally talented players of his generation doesn’t have a Wikipedia entry.