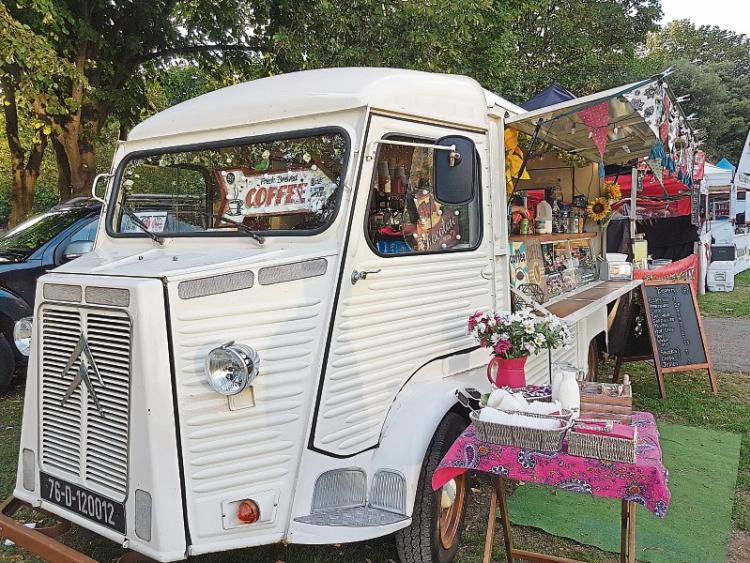 A Clane woman has turned a vintage van from France into a lucrative business.

Joanna Bennett bought an old ambulance that was part of the military in the South of France and converted it into a barista van.

Joanna worked in the hotel industry before taking the plunge to set up her own business two years ago.

Beanery is a bespoke tea, coffee, Prosecco and Ice-cream service for private and corporate events.

“The idea kind of came to us because we were out weddings and you’re sort of standing around for a while, and normally you’re waiting around and you’re starving, you’ve travelled a few miles, you want a cup of tea”, Joanna told the Leader.

“While we were at home we were browsing through Buy and Sell, saw the van and we had seen other things like it.”

“It took me by surprise, sometimes when I’m there I’m nervous doing it, it means so much to them on their big day, there are nerves involved, I’m starting out thinking I hope I get it right but when you see how delighted they are, it’s great.”

Joanna says they’ve gone to a few festivals and carnivals, but are hoping to break into the wedding industry for the future.

“It’s a pretty looking van, I usually put bunting and I bring along lanterns and things like that to make it look nice. The people like the look of the van, they like the history behind it”, Joanna added.