KILDARE OPINION: Cherish all the children equally? Not if they’re down on their luck 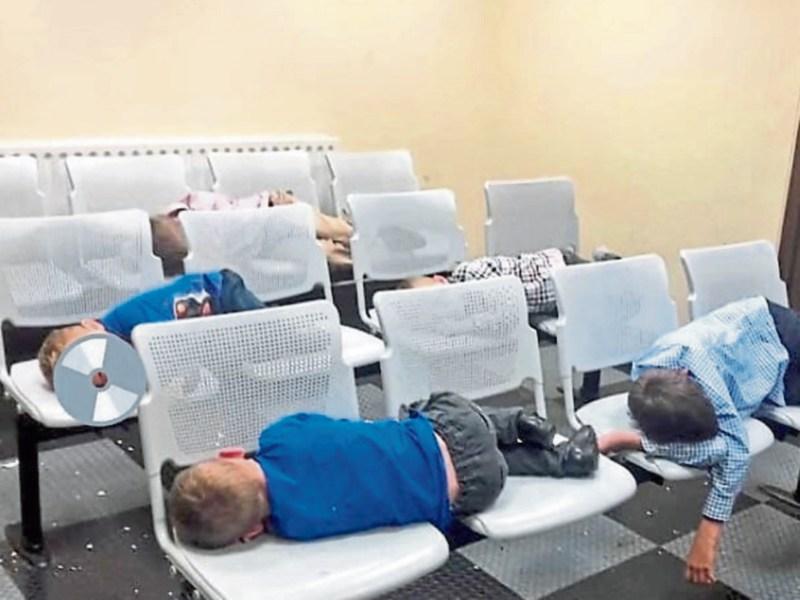 The Proclamation of the Irish Republic, read by Pádraig Pearse on the steps of the GPO over 100 years ago, famously “declares its resolve to pursue the happiness and prosperity of the whole nation and of all its parts, cherishing all the children of the nation equally”.

All of the children. That is, of course, unless they’re one of seven born to a young Traveller woman who is finding it impossible in the Ireland of 2018 to keep a roof over their heads.

Margaret Cash tweeted a picture of five of her small kids panned out on seats in Tallaght Garda Station last Wednesday night week. Another slept in its buggy beside her while her daughter, who had just been released from hospital, was the luckiest of the children — she stayed with friends.

Ms Cash’s predicament seems to have made some inroads into a public consciousness becoming ever more immune to the housing crisis in this country.

Ten years ago, a family being forced to camp overnight in a garda station would have been unthinkable. Today, family homelessness is not even a disturbing news story any more, it has become so run of the mill. (It is still, of course,  not a situation that any family should have to go through — but sadly, it is not unique or shocking any more).

Yet the sheer visual evidence of five little bodies huddled up on hard metal seats last week, without a blanket between them, was too overwhelming to ignore.

Luckier parents can contrast the Cash children’s plight with their own kids, snuggled up warmly in their own beds.

The Cash family have since been found some short-term accommodation — but they may well be back on the merry-go-round of ringing for hotel rooms and short-term lets soon enough.

But there’s another story here. Another story apart from the now run-of-the-mill tale about a disadvantaged family down on their luck who cannot find a place to stay. The social media abuse that Margaret Cash was subjected to last week was nothing short of disgraceful.

No sooner had she spoken out of her predicament than social media trolls went combing through the woman’s previous Facebook posts — excoriating her for a photo of a few beers; a picture of an extravagantly-dressed child on her Communion day.

As if refraining from taking part in any of life’s small celebrations would have stopped this woman and her children from ending up in Tallaght Garda Station’s waiting room last week.

There was classist and I dare say racist overtones to much of the commentary — and an unwillingness to acknowledge that the system itself, the social pact that in a modern, wealthy Western society should guarantee there is a social safety net available for ALL of us, has been shattered.

In Ireland today, we are — even those of us in steady jobs and with mortgages and homes and friends — just a few missed paycheques and payments away from swapping places with the Cash family. So let’s stop pretending we’re not.

In the meantime, it would be more befitting if the judgemental among us were a bit kinder, rather than casting clouts  on social media. Because at the end of the day, last Wednesday night, five little citizens of this State slept rough in a Garda station.

If we can’t take care of the smallest among us without casting judgement on their guardian’s lifestyle choices, we really need to reassess our own life choices.