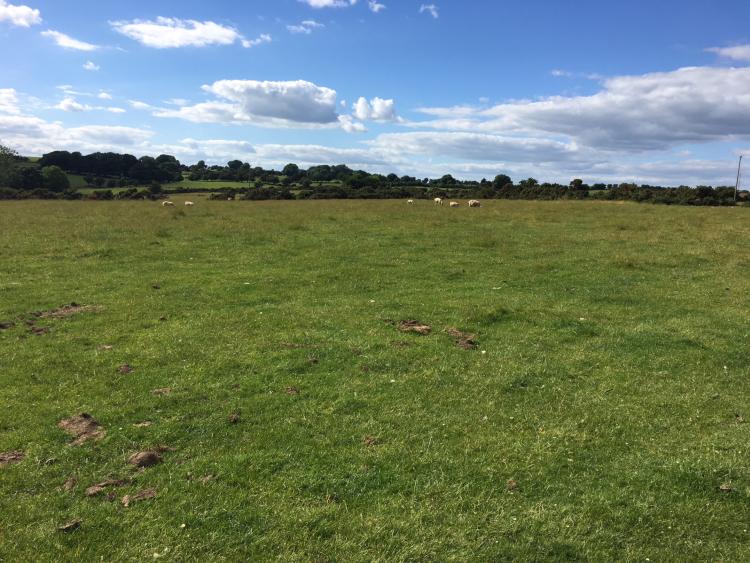 Before an attendance of about 10 people the property opened with an initial bid of €250,000 with two active purchasers.

The property was place on the market at €300,000 and with several more bids from the same parties the hammer dropped at €415,000 equating to a price of €11,500 per acre. The purchaser is believed to be a local based farmer.

The entire was in an accessible location about 4km from Dunlavin, 16km from Blessington, 18km from Baltinglass. It had frontage onto two cul–de–sac roads and came with a three span lean to’ shed.

Laid out in eight divisions, the lands were all in grass and described as "excellent quality" by Clive Kavanagh of the selling agents.

Commenting after the auction Clive Kavanagh said "there had been good interest from the outset and the lot size made it generally affordable for those looking to expand their existing holding or to buy an out – farm."