Rob Mulhern looks back at the popular early noughties club 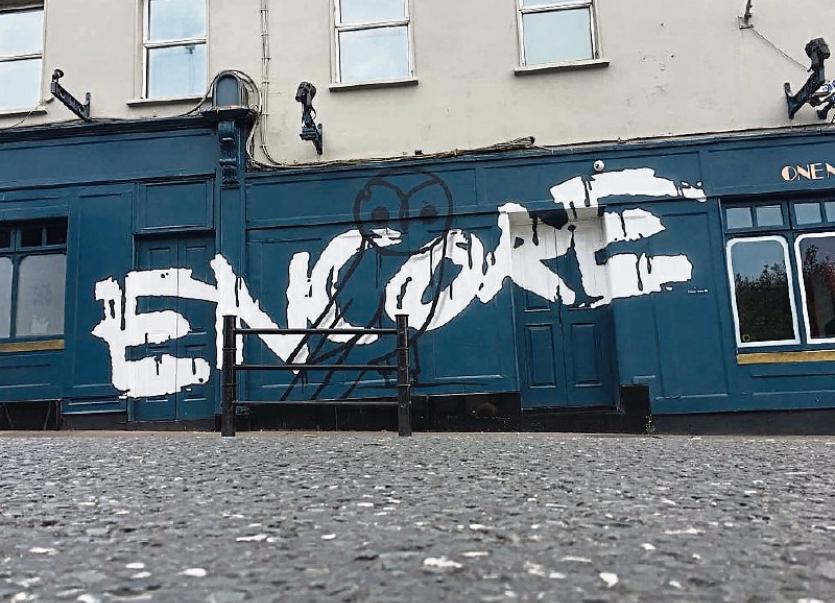 English people sometimes ask me why Sunday nights were once such a big deal in Ireland.

It’s a question to which I’ve tried to offer different explanations, like how it very easily became a much longer than anticipated hangover cure from the Saturday night before.

Or, even, a self-destructive act of protest in opposition to the next day’s work.

Neither ever seemed totally satisfactory. But then maybe the explanation that has often made the most sense is how we were willingly corrupted by crazy deals like one pound a drink in the Attic on Sunday nights.

One pound? Yep, you heard right.

I remember waiting outside the notorious nightclub come night-loft in 2000 after Kildare beat Dublin in the Leinster final.

It was already the early hours of Monday morning and a line of white jerseys queued all the way up Fairgreen Street.

Vanessa Amorosi had a hit then called Absolutely Everybody and it feels quite apt writing that now, in light of the size of the queue.

It was a song that pulsed down the stairs of the venue and beckoned us in from the street.

I remember a local builder stopping on his way home after spotting one of his workers in the queue.

“You’ll be in in the morning now, won’t you,” he asked, reasonably?

“Ah yeah, I will of course,” replied the worker.

“Will ye now?’ he said, checking to be sure.

“You won’t be there, will you,” the builder concluded after looking up and down the street to survey the scene.

“Actually, to be honest, I probably won’t be, in all reality like,” declared the worker.

Now, after a hiatus of I don’t know how many years, beers taps are set to pour again on the site of the old Attic.

Did I say beer-taps? Sorry, it would probably be more appropriate to say Vodka Jellies, something I’ll forever associate with the Attic.

There was three busy nightclubs in the town then, and in comparison with the Court and the Bauhaus, the Attic always had a deal on and at the back end of the ‘90s it was vodka jellies carried about on round trays by good-looking lounge girls.

They were a pound too, now that I think of it.

It was like Ayia Napa in Greece, but without the sun and half of Peterborough.

I can’t remember whether you drank them or ate them, but I know a man claimed to have had 32 one night.

“Thirty two?” someone asked the next day.

“Well, he said he had one of every county in Ireland,” it was explained.

And the Attic was like Doctor Who’s telephone box the Tardis in that it was infinitely bigger inside than its external dimensions suggested.

It’s a construction riddle I’ve yet to solve.

But then it was tough to figure such an equation of architecture against the soundtrack of Moving Too Fast by Artful Dodger, If This Ain’t Love by Groovejet, and Spinning Around by Kylie Minogue.

Music tremors pulsed upwards out of the sky lights and downwards into the foundations and there was always the potential of a big earthquake on the nights when the mini-bus from Newbridge pulled up outside.

I don’t know if doormen were paid danger money, but certainly they should have been.

Just imagine trying to maintain order in a vodka jelly drunk landscape that then got a hit of industrial strength curry power from the Yankee Express next door?

And without question, the Attic is the only nightclub in the world I’ve ever visited where you could expect to be spoken to fairly sternly not when you were being chucked out, but when you were trying to get in.

And it didn’t warrant a flinch if you saw the person in front of you warned  to cop the f**k on.

That was before they even paid their fiver.

I put that heavy handedness down to post traumatic stress syndrome (PTSD), a condition not alone suffered by the bouncers after years of toil, but possibly everyone who suffered the sensory overload that accompanied the arrival of Robbie Williams’ then hit Rock DJ, full belt at 2am.

You never would have guessed everyone had to be up for work in a few hours.

In our then burgeoning Celtic economy, I can tell you the builder’s labourer wasn’t the only casualty.