KILDARE COLUMN: The human story at the heart of ‘Growing Up Kurt Cobain’ exhibit

Conor McHugh on the Nirvana stars life and legacy 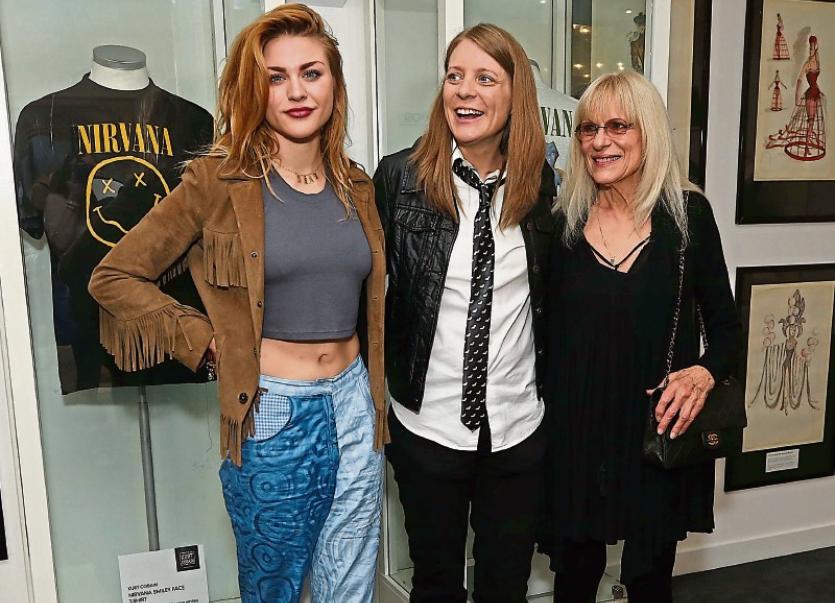 You really have to pay attention in this game or you’ll miss what’s going on in front of your nose.

On Wednesday July 18, I was at a question and answer session at Newbridge Silverware. The questions came from the evergreen (and in his own, slightly rambling way, very perceptive) Dave Fanning, and the answers came from Wendy O’Connor, Frances Bean Cobain and Kim Cobain, better known as the mother, daughter and sister of Kurt Cobain.

In the unlikely event you didn’t know, Kurt Cobain was the lead singer/songwriter of a band called Nirvana who lead the way in what Fanning called “the last great movement in rock” — namely grunge in the 1980s and 1990s.

He belongs firmly in the pantheon of rock gods.

So when an exhibition called Growing up Kurt Cobain opens up in Newbridge, there will be fans and interest and, let’s face it, people who want to be seen hanging out with his relatives.

His daughter Frances Bean Cobain got a little bit extra attention because she’s also the daughter of Courtney Love, another rock star, and has opened up in recent times about her issues with addiction and how she has overcome them, and how well she’s doing now.

(Quite well, as it happens).

It’s standard tabloid fare and beyond the opportunity to sell a few newspapers and get a few more punters into the exhibition, it’s shallow stuff.

But then almost accidentally, Cobain’s mother, Wendy O’Connor, revealed the human tragedy at the heart of why we were all there.

Speaking about a farm she lived on in more recent years, she mentioned how “the garden was where I healed”.

Why, yes of course, let us not forget that on April 5, 1994, Kurt Cobain took his own life with a shotgun.

He had suffered from depression and a catastrophic addiction to heroin. The last period of his life was dark and chaotic.

To the public, he is the mysterious tragic anti-hero. To Wendy O’Connor he was her son and she, a grieving mother, fearful that her granddaughter never knew her father.

To an audience lapping up tales about how Kurt made his sister pay for the first record, and how he hated disco, her humanity in that moment was a stark reminder of a terrible tragedy.

This was not rock and roll. This was a mother who grieved the loss of her son, in her garden.

When Frances Bean had her own troubles with drugs, against her own inclination, Wendy held back, saying she knew she could be forceful, but was certain that Frances “would come through”.

So here we all find ourselves in Newbridge, 24 years after he died, many miles from Seattle and Olympia in Washington State, and the family are trying to reclaim a little bit of their brother, son and father for themselves.

Suddenly the exhibition appears in a new light.

It’s not a crass attempt to cash in on the mythological life of a rock star, it’s about rewriting the narrative of a life that, by its tragic and public end, did not belong to his family.

Wendy wants the world to know that Kurt was ” the sweetest little devil” and very loving as a boy.

They want to share his drawings and his raggedy Converse runners.

And they want to share the wonderfully simple truth about their family, expressed most beautifully when Dave Fanning asks Wendy if Frances reminds her of Kurt in any way.

“It’s his compassion more than anything else”.