Owner believes government chose not to act, but should 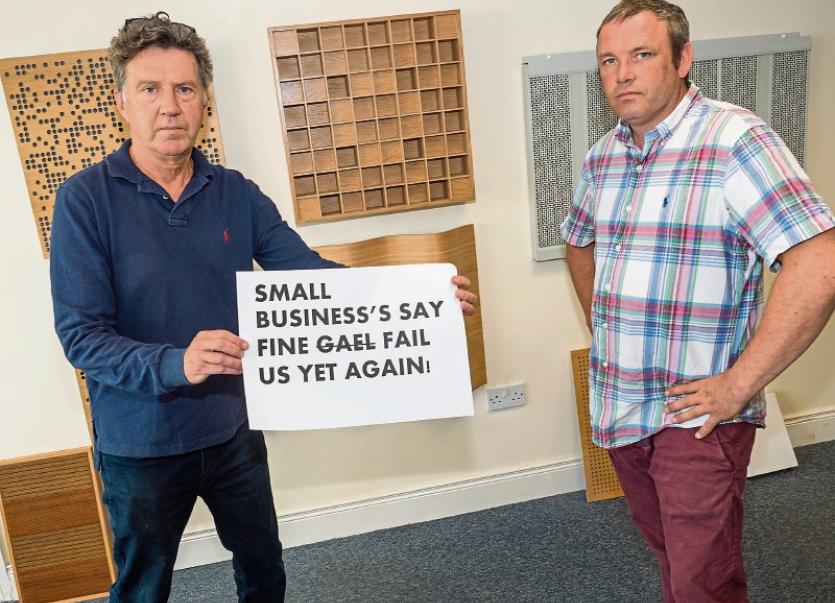 The owner of a Blessington company owed €90,000 as a result of the difficulties encountered by the Sammon Group believes the government could have done more for its suppliers.

Simon Rogers owns Acoustic GRG Ireland which was installing acoustic and soundproofing products in some of the schools being built by Sammon Group.

He was sub-contracted to the Sammon Group which ran into trouble when UK firm Carillion went bust.

Originally from Wales Mr Rogers employs several people in the business, and he spoke to the Leinster Leader as a number of other contractors were picketing school building sites in an effort to be reimbursed.

“We can’t stop working. We can’t go and picket,” he explained. He said it had been a crazy situation with some contractors “losing everything”.

“If the government hadn’t had a hand in this, we’d maybe accept it. You know, people go bust all the time.” However, he believes that the government could have intervened to protect the sub-contractors.

“They could use their leverage, but they’ve chosen not to use it.”

He said that his company “wouldn’t go bust,” as a result of the loss, although the €90,000 represented the expected profits for the year. “So, we’re still here, we’re still alive. We’ll survive. But it’s the other guys out there I’d be concerned for.

“It’s not an easy market to start up in. And it’s not about mad amounts of money, it’s just a living.  And now they’re badly stuck.”

His comments came just as an action in the High Court last Friday against the picketers was concluding. Lawyers representing some of the subcontractors, who claim they have not been paid for works carried out on the schools, gave undertakings that their clients would not block access to the sites, or trespass at, or remove any items from the schools.

The High Court action had been initiated by Inspiredspaces Bundle 5 (Ireland) Ltd, which is a joint venture with the UK firm Carillion, which collapsed earlier this year into administration, and the Dutch Infrastructure Fund (DIFCO). The crisis was precipitated by Carillion's collapse, which caused Sammon Contracting Ireland Ltd to go into liquidation.