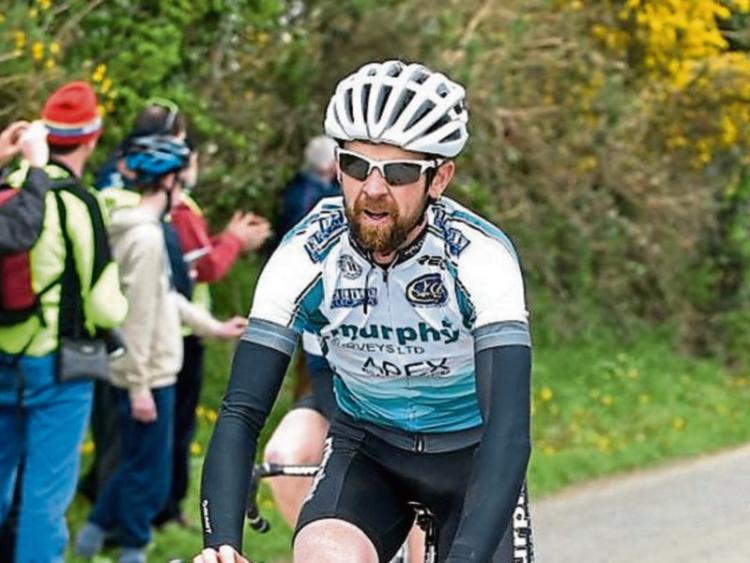 A Kildare man is set to take part in the National 24 Hour Cycling Time Trial race in a few weeks time to raise funds for Juvenile Idiopathic Arthritis.

Kenny Bucke, who was diagnosed in his mid thirties with Rheumatoid Arthritis (RA), which was initially devastating for a man who has been a keen amateur racer for many years.

Now, a few years on from his diagnosis, Kenny has come to grips with managing the condition and still races.

The National 24 Hour Cycling Time Trial is a new event for Ireland and will take place on July 21 near Kilcullen. The aim is simple - just keep cycling laps of a loop for 24 hours and see how many kilometres your can clock up.

“When most people think of arthritis, they think of old people complaining of aches and pains, but that is only one tiny part of the story,” says Kenny who is from Newbridge originally, but now lives in Allenwood.

“Many forms of arthritis are inflammatory autoimmune conditions and can impact much more than just joints. It can affect eyes and organs; autoimmune related disease can impact different joints at different times and can causes chronic pain and fatigue.

“There are children and teenagers whose lives are seriously impacted by Juvenile Idiopathic Arthritis, and who are waiting in pain for treatment.

“Therefore, my RA and I are going to race in the National 24 Hour Cycling Time Trial to raise awareness of this often debilitating disease, and hopefully raise a few euro too.

“iCAN is a 100% volunteer organisation looking after these young people, and the Young Arthritis Network of Arthritis Ireland do great work.”

Kenny has set up an iDonate page for the event. To donate, click here.