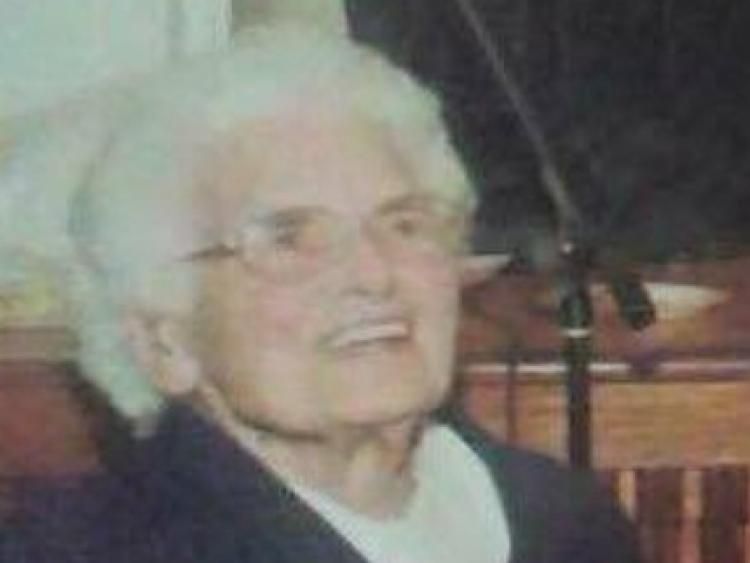 A month's Mind Mass for Sister Oliver will be held in Rathangan this Saturday June 30 at 6.30pm.

All are welcome. Refreshments will be served afterwards in Bunscoil Bhride.

Former principal of Bunscoil Bhride in Rathangan, Sr Oliver Heneghan passed away on June 7 in the loving care of the staff of McAuley House, Beaumont in Dublin.

She will be greatly missed by her nieces, nephews, their families, and her sisters in the Mercy Community. She was previously based in Rathangan for many years.

Her funeral took place in Dublin on Saturday June 9 followed by burial in the Community Cemetery in Inchicore.

Sr Oliver and her fellow Mercy Sisters were hugely respected in the Rathangan Community. The remaining nuns left the town at the end of August, ending a 142-year historic relationship between the order and the area. The order wants to sell the convent and the two remaining local sisters were relocated to Dublin.

A special Thanksgiving Mass was organised by the parish to pay tribute to the Mercy Sisters including Sr Oliver. Rathangan Credit Union also held a reception to highlight their legacy.

CU Chairperson, Brenda Kennedy said the nuns had made a huge contribution to the local community in a spiritual, educational and welfare sense.

“The lives of the people of Rathangan have definitely been enriched by them and we are all saddened by their departure,” she said.

George Hipwell said the nuns would leave a lasting legacy in the town.

Bunscoil Bhride held a special mass to mark the departure of the Sisters of Mercy in June 2017.

A Mass of Thanksgiving was also held on August 26. At that mass, Parish Priest Gerard O'Byrne said: "the community in Rathangan will be forever indebted to the Sisters for their generosity, compassion, their warmth, their embodiment of what warmth should be, and the way they treated people.

"They were there for people, so it is with sadness that we have to say goodbye to them.”

He singled out Sr Rosarii, and Sr Bernadette, and paid tribute to Sr Oliver, Sr Assumpta, Sr Brigid and Sr Carmel and the generations of Sisters of Mercy who served in Rathangan.

“Thank god for them, the work they did and their legacy that they have left behind,” he said.