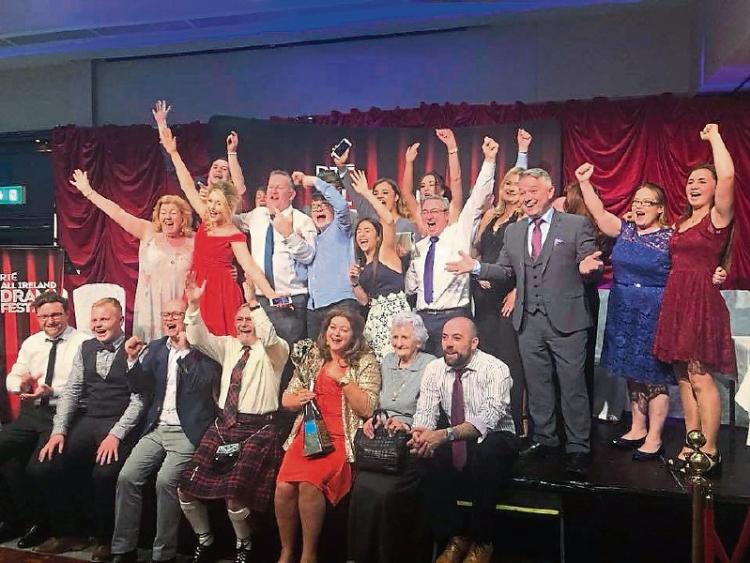 Cast and crew of Prosperous Drama Society in Athlone on Saturday ninght.

There were emotional and joyous scenes as the prize was announced in Athlone last Saturday night.

The group has been consistantly successful in getting to the All Ireland’s, but has been denied the win until this year, although they have won the All-Ireland in the One Act category on a number of occasions.

They booked their place in the Athlone finals following wins in numerous festivals in Enniskillen, the Millbank Theatre in Rush and the Ivy Leaf in Castleisland, Kerry.

Prosperous’s production was of ‘Sylvia’ by AR Gurney. The play is about a couple who adopt a dog, the ‘Sylvia’ of the title and the hilarity which ensues. The four cast members were regular Prosperous stalwarts Robert Massey, Ashleigh O’Neill, Zita McGarry Kelly and James Murphy.