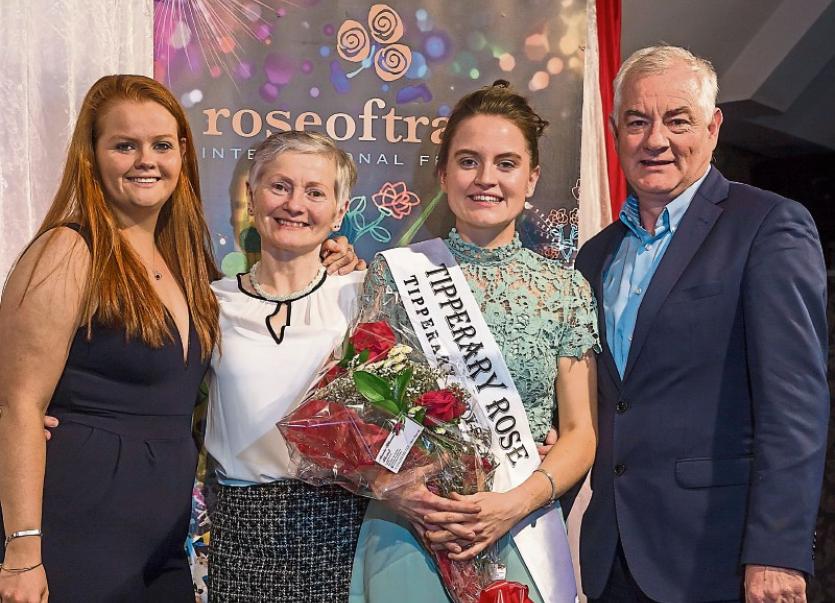 A pharmacist working in Pfizer, Newbridge, has been crowned the new Tipperary Rose.

Laura Durkan, 26, from Glenconnor, Clonmel, who lives in Newbridge during the week for work, took the title at a Thurles event over the Easter Bank Holiday weekend. She has said she will spend her reign raising awareness of organ donation, in memory of her late grandfather from Mayo, who lost his battle with kidney failure six years ago.

“I’m absolutely thrilled and feel honoured to have been selected as the Tipperary Rose while representing the Irish Kidney Association and for my timely selection at the beginning of Organ Donor Awareness Week,” said Laura.

“I hope that I can use my profile in this international competition to raise awareness about the plight of people in organ failure and the undisputable benefits of organ donation and transplantation while honouring the memory of my dear grandfather, Paddy Durkan from Ballybeg, near Ballina. I have received lots of encouragement in this goal from my parents John and Anne Durkan, my sister Grace and brother Jack as well as my employer Pfizer in Kildare and of course the Irish Kidney Association who I represented in the competition.”

Laura previously worked as a locum community pharmacist, and said she witnessed the transformational effects organ transplant can have on patients. 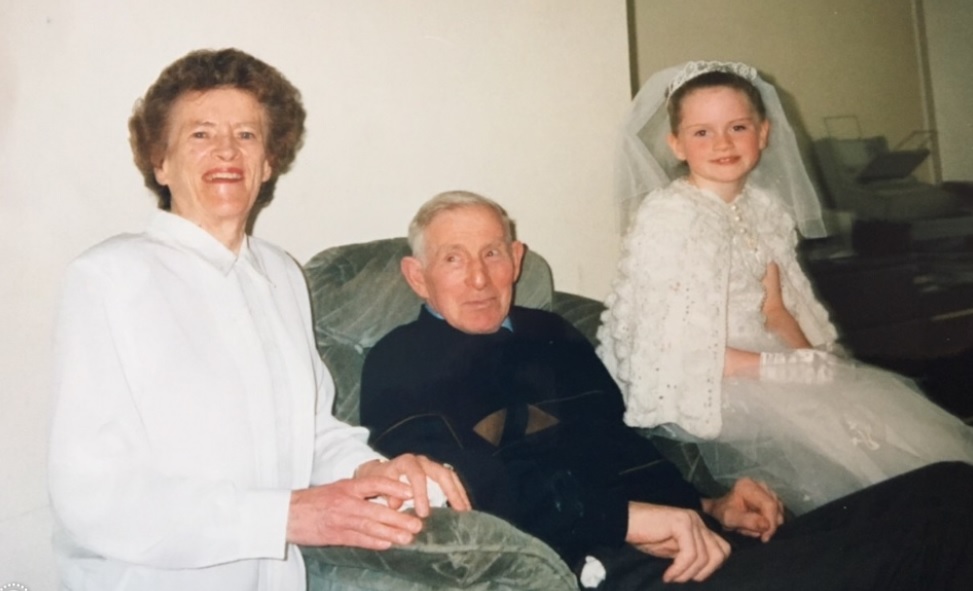 The new Tipperary Rose Laura Durkan with her grandparents Paddy and Mary. Laura is raising awareness of organ donation in memory of her late grandfather

“Closer to home and my heart though, was my late grandfather’s kidney failure experience which has had a profound impact on myself and my family. Six years ago, my grandfather Paddy Durkan, whom I was very close to and loved dearly, passed away in his eighties following over a decade of three times weekly dialysis treatment.

“We are grateful that the dialysis treatment kept him alive for so long. However, towards the end it took its toll and he became very sick and just didn’t have the physical or emotional will to continue the arduous treatment with its side effects, which in the final months, left him without any quality of life. He passed away peacefully two weeks after his final dialysis treatment. The medical and nursing staff who cared for him in Castlebar were outstanding in their knowledge, compassion and care for him throughout his dialysis journey.”

“It’s heartening to hear that the number of people who received organ transplants last year has increased. This can give hope to all those people who are languishing on waiting lists, and their families, hoping that they will be called for a life-saving transplant.

“While sadly my grandfather did not get a transplant I hope that other families who have an elderly relative waiting for a kidney transplant can take heart in knowing that senior age doesn’t have to be a barrier to organ transplantation. I understand that a number of older people were among those who underwent transplants last year including many in their seventies and even one in their early eighties. I would encourage everyone of all ages to discuss organ donation with their family and let their wishes be known.”

Meanwhile, the search is still on for the Kildare Rose. The gala selection night will be held at the Westgrove Hotel, Clane, on May 12. To get involved, see the Kildare Rose Facebook page.