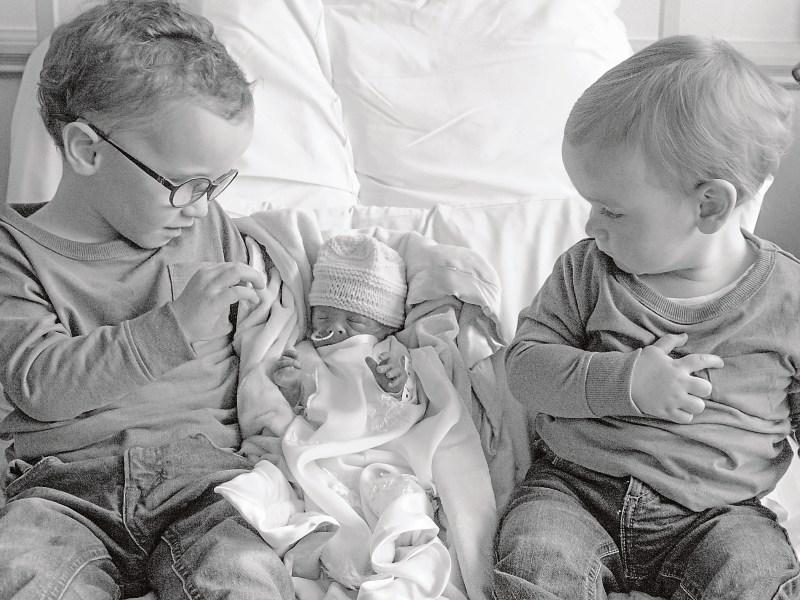 Big brothers, Hugo, left, and James, right, with Tom, centre, pictured in the days after his birth in the Coombe in late October 2015.

It’s by no means a new event, but this year’s Galway Cycle, the 31st edition of the iconic fundraiser, hopes to cover the cost of a suite of bereavement rooms in Dublin’s Coombe Hospital.

The idea is to give comfort and a home away from home for the parents and families of babies who have either life-limiting conditions or who have passed away.

The idea of a hospice-style facility in a maternity hospital, a place more associated with the start rather than the end of lives, is of course somewhat jarring.

But the Coombe takes a holistic view. “Death, dying and bereavement are important aspects of the care provided to many families who face one of life’s greatest paradoxes: ‘death at the time of birth’,” says Brid Shine, a bereavement midwife. 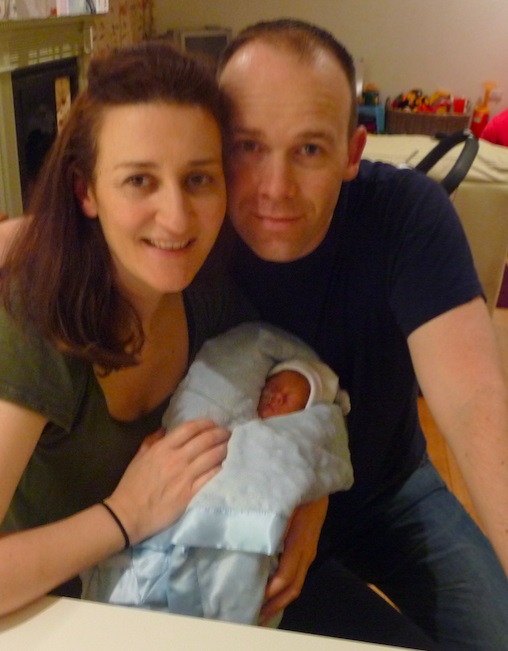 Sarah Fahey, pictured above with her husband Terry and their son Tom described the proposed facilities as a “little bubble, a place where you can build a lifetime of memories in a very short space of time”

The best description of what is planned, comes from Maynooth woman Sarah Fahey who gave birth there to her son Tom in 2015.  She describes the proposed facilities as a “little bubble, a place where you can build a lifetime of memories in a very short space of time”.

The nuts and bolts of what is proposed is three en-suite rooms, appropriately kitted out so that the bare ‘hospital room’ look is taken off them. It will cost, it is estimated, €120,000 to complete and the Galway Cycle aims to raise those funds, or as close as possible.

Almost 200 cyclists will leave Maynooth college at 6.30am on Friday morning and arrive in Galway that evening, followed by the return trip on Sunday, cycling a total of 400km over the two days.

The journey of Sarah and her husband Terry began in 2015 when she went for her ‘big scan’ at 20 weeks. This lead to a diagnosis of Trisomy 18, also known as Edwards Syndrome, for their baby. It is a bleak diagnosis to get and only affects one in 6,000.

Medics told the couple that they faced a tough few months ahead. A third of babies with that diagnosis die in the final months of pregnancy, a third die at birth and the final third will pass away shortly afterward, perhaps even as soon as 20 minutes after being born.

It was obviously a huge shock for Sarah and Terry, and there was a lot to process. The fact that their child would pass away was complicated with the fact that there was no knowing when it would happen.

Reflecting on it now, three years later, Terry says that their response was to live in the moment.  “His life began there and then,” he says. They found out the sex, and named him Tom after a granduncle of Terry’s. 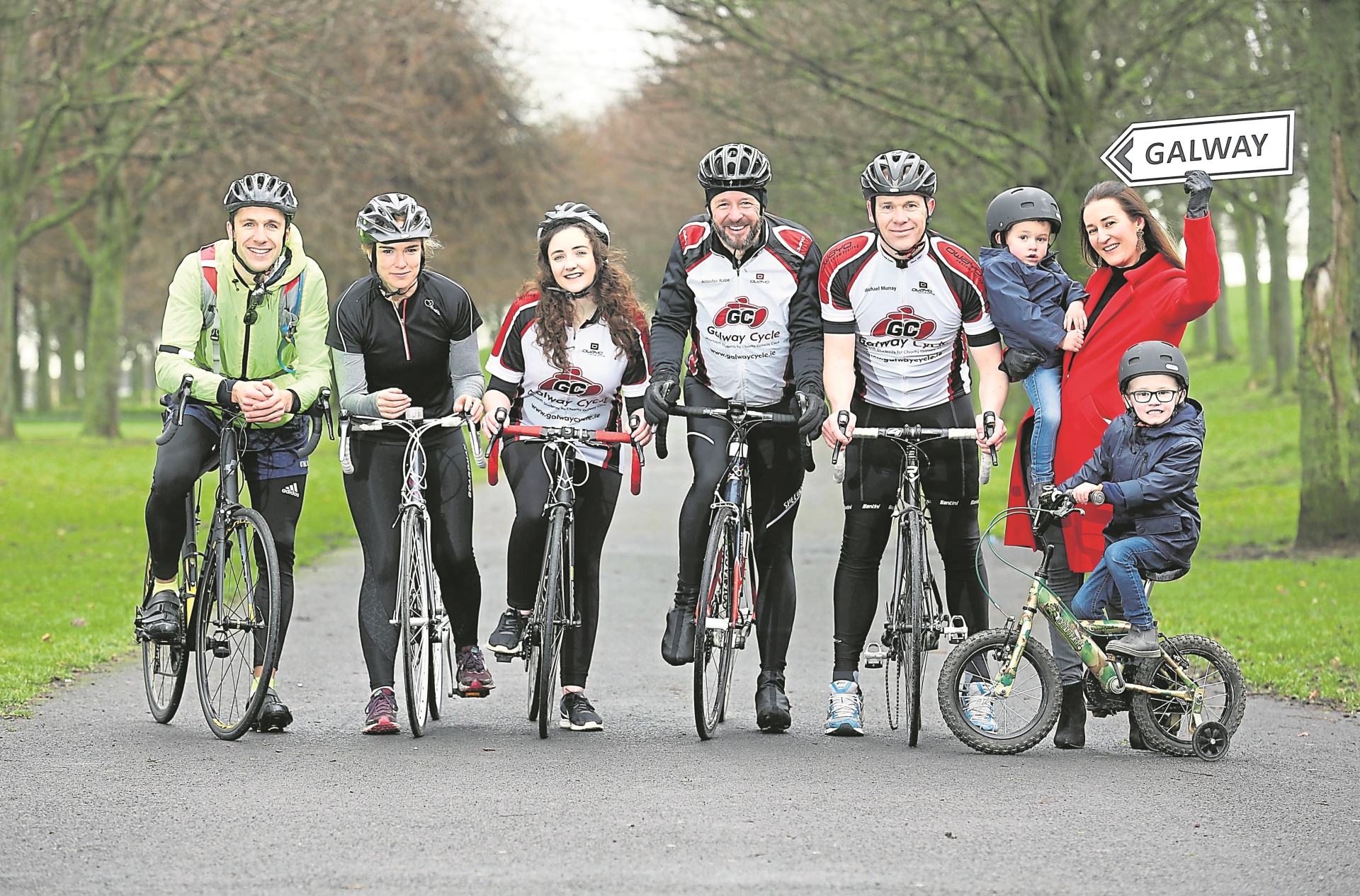 “He wasn’t going to be here for a long time, so we decided to give him a good time — and to celebrate him from there,” Sarah says. “By naming him, as parents we hoped we would give him a strong sense of belonging.

“I didn’t want Tom to feel the sadness. We had an overwhelming desire to breathe as much love and life into him while he was with us.” After an otherwise unremarkable pregnancy (except an increased number of hospital visits) Tom was born on October 30, 2015, and to the amazement of all concerned, he lived for 11 days.

When he was born, amid such uncertainty, the couple had family in the hospital waiting to meet the new arrival, which they did as soon as mother and baby were ready. Terry and Sarah’s experience of those initial hours is key to their drive to help build the bereavement room. The family all came together in a room down the corridor. “It was just a hospital room, but it was adequate,” says Terry.

They are hugely grateful for the space that was provided to them. “This is where your memories are made,” says Sarah. “We were lucky to bring Tom home, but many families just don’t get that opportunity,” Terry adds.

The suite will be for all families in similar situations where their babies have passed away, or are expected to. “You build a lifetime of memories into a very short time,” Sarah told the Leinster Leader.

To this day, they treasure such simple things as pictures of Tom with family, especially his older brothers Hugo, 5, and James, 3. “It was as if time had stopped and we were living in a bubble,” says Sarah.

All throughout their interview, the couple couldn’t say enough about everyone at the Coombe. “The neonatal nurses looked after Tom so well,” Sarah says. “I stayed awake with him for the first 72 hours of his life and I always looked forward to seeing the nurses coming in to feed him every three hours”.

In particular, they pay huge tribute to the hospital’s bereavement midwife Brid Shine. “The emotional support we received from Brid was phenomenal. She was very much our ‘life support’ and was with us every step of our journey.

“At our lowest points she carried us through. It is testament to her and her care that when Tom died, our first instinct was to ring her.” Sarah says the Coombe staff were very much involved “and helped support us as we looked after Tom at home for six very short but precious days”.