“He’s in bad need of something. He’s obviously not getting through the day." 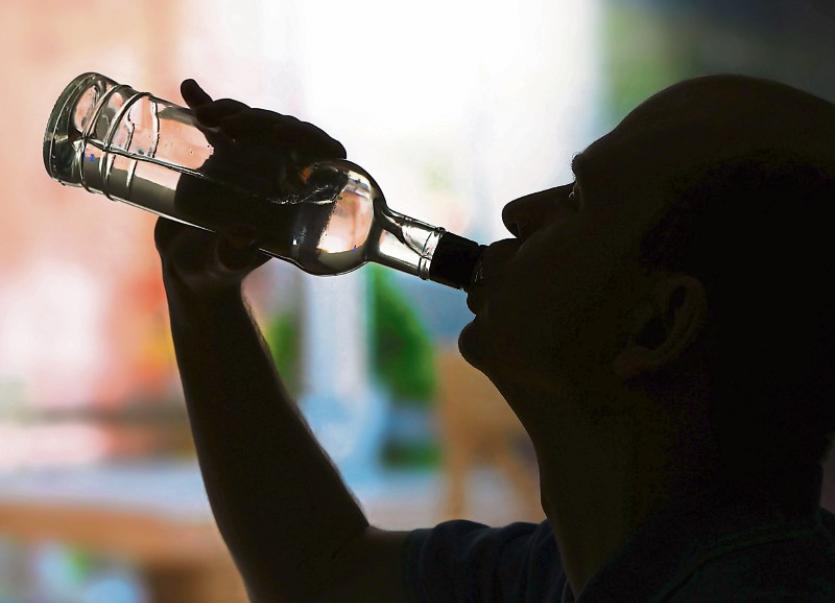 The horror of being denied alcohol for one day was almost the death of our columnist. Picture posed to protect his idenitity from the evil law.

This is what life was like just last year, before the Government lifted the ban on pubs opening on Good Friday. Our reporter Conor McHugh wrote a harrowing account of trying to survive Good Friday 2017... on the dry...

Last Thursday, I woke up some time after 7am, as per normal, and after the usual things like having a shower and breakfast I drove into work in Naas.

I had lunch that day in the Moat and grabbed a bite in Swans on the Green later that evening before going back into work for another couple of hours to do a few bits.

I was conscious that with the bank holiday Monday approaching, it would be best to get as much done before the weekend than trying to do it all on the day off when nobody is answering their phones, etc.

Then I drove home, watched a bit of TV and went to bed sometime around 11-ish.

That’s not terribly dissimilar to how I spent the previous couple of days that week, and every single day for several weeks and months previously.

Then on Friday I woke up at more or less the same time, and spent the first half of the day desperately ringing and texting every pub, hotel, nightclub, sports club, train station and ferry company I could find, as well as numerous friends and acquaintances desperately on the hunt for alcohol.

My body went into spasm at the mere thought that for the whole day I would be denied an opportunity to get hammered.

Naturally I hadn’t even made it into work, but instead was crawling along some backstreet, barefoot, blisters on my hands and feet for want of alcohol.

Death, I decided, would be a happy release.

Around 5pm, having given up all hope for salvation and dying of thirst, my vital organs began to shut down.

I was semi-conscious and lay on a footpath outside the Leinster Leader on the Main Street beside about 150 other poor divils.

A team of paramedics moved from person to person, Florence Nightingales each and every one. “Here’s another one,” I heard a woman cry out.

“He’s in bad need of something. He’s obviously not getting through the day."

“He mightn’t make it. Do we even have some alcohol cleaning solution that he could sniff?”

She held my head up and tried to get sense out of me, but it was a forlorn hope.

“How long have you been cruelly denied alcohol?” she asked softly and kindly.

“Since last night at midnight,” I replied.

“And were you drinking all day yesterday until then?”

“No. In fact I haven’t had a pint since last Saturday.”

“Oh?” she said, mildy surprised. “Was it a massive blow out then?”

“No,” I mumbled semi-coherently. “It was just two pints of Smithwicks."

“Such a cruel, cruel law,” she said, shaking her head.

At about 7.30pm, the phone vibrated in my pocket.

A message from a long lost friend: “I only have three slabs of beer left. Hurry before it’s all gone.”

I don’t even remember how I got there.

Maybe the medics put me in a taxi.

When I arrived, a can was pressed into my hand and I drank 17 of them before I was capable of reasonable coherence.

The next day, I woke up some time after 7am, as per normal and after the usual things like having a shower and breakfast, I drove into Tesco where I did my weekly shop of groceries.

I bought a newspaper and over two coffees in Costa I read through all of the sections before meeting some friends later for lunch.

Then I returned home and having put the groceries away I mowed the lawn and did a bit of laundry.

Later that evening I met up with different friends and we went to the Odeon in Naas to see Ghost in the Shell and slagged off one of the lads who has a thing for Scarlett Johanson.

I got home just before 11pm and, after pottering around for a while I went to bed around half an hour later, reflecting on how, only 24 hours earlier, I had managed, for the 42nd year in a row, to survive another alcohol-free Good Friday.