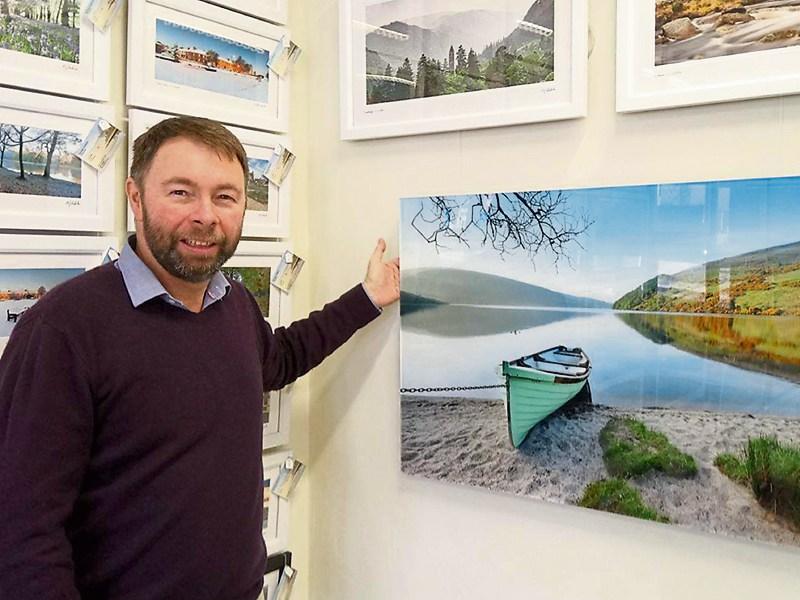 A New Zealander who has set up a photographic gallery in Allenwood has said that moving to the West Kildare village inspired him to develop his photography hobby.

As a younger man he lived the charmed life of working on fruit farms (apples and avocados) for the summers while travelling for the winters until he arrived in Ireland and started to earn more driving a lorry than he did at home near Hawk’s Bay, on New Zealand’s north island.

“So I sold my business in New Zealand and settled down,” he explains.

As well as deciding to settle down, he also decided to buy a proper camera and to get more serious about his photography.

He has travelled the country extensively, taking shots wherever he went — and he says that shots of the Wicklow mountains, in particular Glendalough and the Blessington Lakes always sell well.

But it was when he and his partner bought a house in the Allenwood area that things really took off for him.

He was immediately inspired by what surrounded him, and following great success in a pop-up shop in Clane in the run up to Christmas, 14 months ago he set up his shop in the village.

His pictures are also available in Straffan Antiques and at the Design Loft at Powerscourt.

Notwithstanding the relatively remote location of Allenwood, he says he’s had a steady stream of customers.

“They’re coming from all over — south Dublin, Wicklow and Carlow.”

His website mjanderton.com has proven successful in driving sales for him as well.

His pictures including Carbury Castle, Naas, Robertstown, Ballinafagh Lake, Donadea (which along with Glendalough have proven most popular with customers) as well as the Wicklow mountains and many parts of Mayo.

The New Zealand native/adopted Allenwood man explains that providing prints of all shapes and sizes is another, important element of his business at his store.