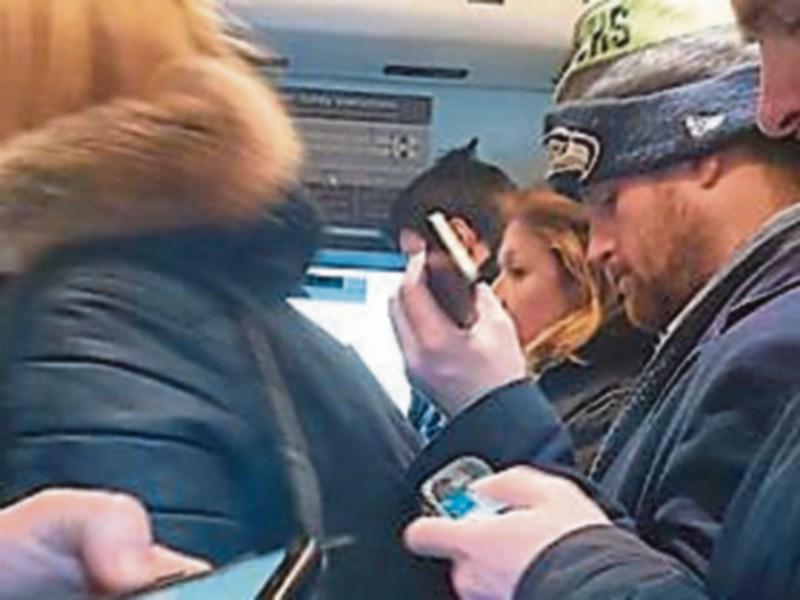 The 5.19 from Grand Canal Dock is already overcrowded with seven stops to go

Kildare commuters were jammed into overcrowded trains yesterday after snow damage to carriages over the weekend.

There was no cheer for passengers returning to work after the Bank Holiday as they packed the isles between seats. Iarnród Eireann said trains had to be shorted as a result of the damage.

Passengers travelling on the 7.19am from Newbridge to Grand Canal Dock and home on the 5.31pm from Grand Canal were vying for space.

One commuter had to get off the train three stops in, and wait for the next service as there was simply no room to move. The picture below shows the extent of the problem with seven more stops to go from Grand Canal Dock outbound.

It’s understood people weren't able to board at Drumcondra because there was no room.

Passengers are paying as much as €280 a month to use the service.

When contacted by the Leader, an Iarnrod Eireann spokesperson said; “Apologies to customers for the short trains yesterday. A number of sets were damaged over the weekend with the snow. These issues have now been resolved and the usual carriage sizes are back in operation today.”

Passengers on the 5.19pm from Grand Canal Dock with seven stops to go