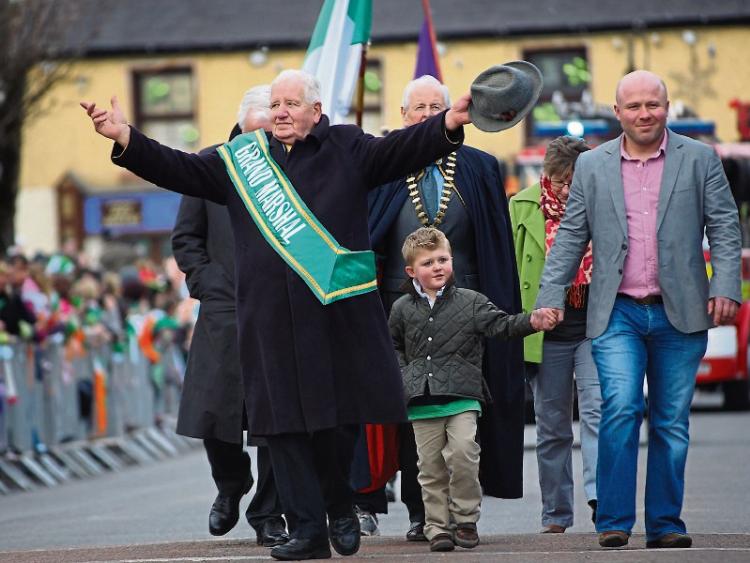 The death has been announced of Del (David) Weld, in his 97th year. He died yesterday, March 13.

Although living in Ballinagappa, Clane, Del was a native of Prosperous and a stalwart of the local Drama Society for many years, where his playful good humour was legendary.

He was also the Grand Marshal in the 2011 St Patrick’s Day Parade in Clane. He died peacefully at his daughter Joan’s residence. He was the beloved husband of the late Kathleen (nee Diamond). 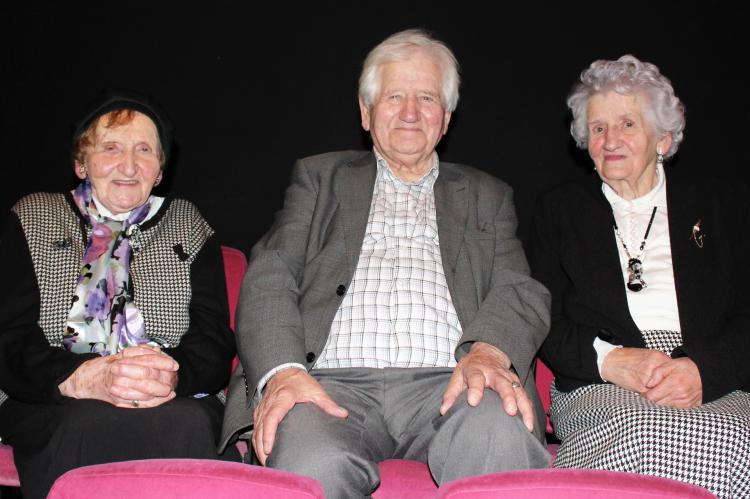 Del Weld, centre, with his sisters, Irene Houlihan and Kitty Nevin, all in their 90's and all members of Prosperous Dramatic Society.

He will be reposing at his son David's residence at Ballinagappa from 12 noon on Thursday with prayers at 8pm. Removal on Friday at 1.30pm to Our Lady and St. Joseph's Church, Prosperous arriving for 2pm Funeral Mass. Burial will be afterwards in Mainham Cemetery.