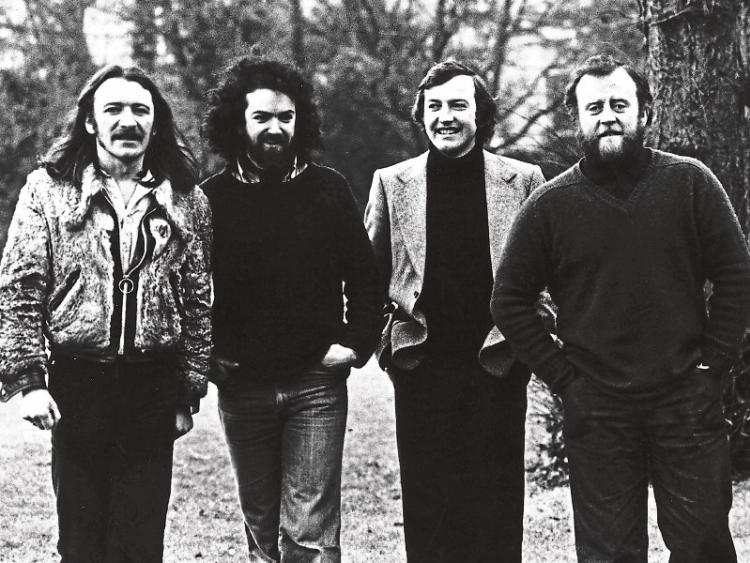 The death has been announced of Kill man and member of the legendary Planxty band, Liam O’Flynn.

The uilleann piper was better known to audiences as Liam óg Ó Floinn. He had been ill for some time and his passing was announced earlier today. O'Flynn is acknowledged as Ireland's foremost exponent of the uilleann pipes and brought the music of the instrument to a worldwide audience.

He was born into a musical family and attended local schools including Naas CBS. His father was a teacher and fiddle player and his mother, who came from a family of musicians from Clare, played and taught piano.

From an early age, he showed talent and at the age of 11 began taking classes with Leo Rowsome, one of the greatest pipers of his time. He was successful in the Oireachtas Festival and the Fleadh Cheoil before forming Planxty with Christy Moore, Andy Irvine and Dónal Lunny, all of whom are now regarded among the pantheon of greats in Irish music.


It’s believed O'Flynn taught Christy Moore how to play the guitar and bodhrán. The four members first came together during the summer of 1971 to record Moore's second solo album, Prosperous at his sister's house in the west Kildare village.

Following the break-up of Planxty in 1983, O'Flynn worked as a session musician with numerous prominent musicians such as the Every BRotherws, Enya, Kate Bush, Nigel Kennedy and Mark Knopfler. He also worked on film scores, such as the Brad Pitt film A River Runs Through It. He  also worked on projects with Seamus Heaney, mixing poetry with music.

Reflecting on his passing, the Chair of the Arts Council Sheila Pratschke said: "Liam O'Flynn has left behind him an incredible legacy of music through his recordings, his careful support of other musicians and artists and his dedication to transmission of the great heritage of Irish music to future generations.

Na Píobairí Uilleann (The Society of Uilleann Pipers) said Liam was a great ambassador for Irish traditional music throughout Ireland and around the world.

"Liam's collaborations with Seán Davey included performing in the suite of music The Brendan Voyage and other pioneering orchestral works created to feature the uilleann pipes. His performances with such artists as Kate Bush, Emmylou Harris, and Mark Knopfler brought his music and uilleann piping to worldwide audiences. Liam's collaboration with poet the Nobel Prize-winning poet Seamus Heaney united two of Ireland's artistic giants," it said.

"From a musical family in County Kildare, Liam learned the pipes with Leo Rowsome at the School of Music in Dublin, and was also greatly influenced by the playing of legendary pipers Willie Clancy and Séamus Ennis. He has been an inspiration to generations of pipers, with his tuition, performances, and solo recordings being a great source of repertoire for emerging players.

"Liam was a founding member of Na Píobairí Uilleann, having attended and performed at the first gathering of the organisation in Bettystown, County Meath, in 1968.

"He leaves an important and lasting legacy, through his music, but also through his generous, uplifting and committed approach to the role of music in Ireland’s cultural heritage, contributing to composition and performance with orchestras and in film," he said.

"As one of the sources of inspiration behind the founding, in 1968, of Na Píobairí Uilleann, Liam Ó Flynn can be credited with having contributed to the revival of the Uilleann Pipers, and it must to him have been a source of great pride and satisfaction that UNESCO, the United Nations’ Educational, Scientific and Cultural Organisation, recently added the Uilleann pipes to its register of important and unique cultural heritage symbols."

He said Liam Ó Flynn will be remembered for his performances and recordings – many of them on the Claddagh Records label founded by his lifelong friend Garech de Brún – with groups and artists such as Planxty, Seán Ó Ríada, the Chieftains, Shaun Davy, Seamus Heaney and countless others who shared his love for music, in all its wonderful forms.

"As President of Ireland I pay tribute to his work and legacy and offer my deepest sympathies with members of his family, his friends, colleagues and all those who enjoy and support Irish music," he said.