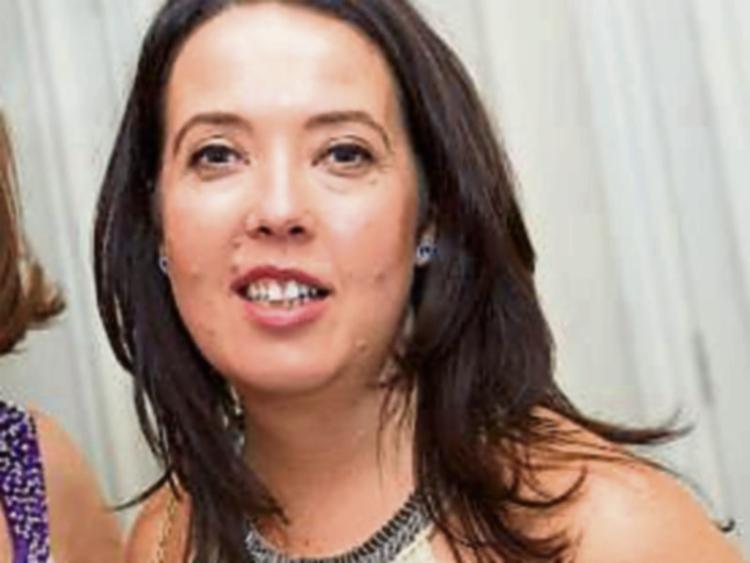 Karen Leigh from Newbridge is the founder and CEO of kids charity Sensational Kids in Kildare Town.

Karen is the daughter of Mary and Martin Muldowney. Her father Martin is originally from Park Mhuire in Newbridge, and her mother Mary is a native of Scotland. She has one sister called Elaine.

Karen was born in England, and her family moved back to Newbridge when she was 7. She went to school in Scoil Mhuire Ballymany, and then onto the Holy Family.  She now lives in Nurney with husband Darren, and two sons Conor (16) and Cian (14).

4,700 children have walked through the doors of Sensational Kids since it first opened its doors in 2008, providing kids with services such as speech and occupational therapy.

Karen was inspired by her own experience of having a son with special needs, and set the charity up at her frustration at a lack of services, locally and nationally.

One thing that does stand out to me is walking down through the town of Newbridge to mass on St. Patrick’s Day in the snow.

I remember playing in the River Liffey as a child, my mum used to walk us down for picnics and things.

I remember starting school in Scoil Mhuire Ballymany, and the girl I was put sitting beside I’m still friends with to this day.

One of my favourite places is the National Stud and the Japanese Gardens there, I’m very lucky to live quite near it and my favourite thing to do is go when it’s really quiet.

One of my favourite things to do is our family date night every month, myself, my husband and the two boys, and they get to choose the restaurant and we go out, and it’s always in Kildare.

I found the new YOLO one in Kildare Town quite good, it’s a nice family restaurant.

I quite like Hartes myself, there’s a lot in Kildare town and locally. I like Rustic in Naas too. We're never stuck for choice.

WHAT DO YOU THINK GIVES KILDARE ITS UNIQUENESS?

I do like the Curragh, I think the Curragh  is quite unique and very beautiful. I mean there’s nothing like  driving across the Curragh on a nice morning.

DOES THE CHARITY HAVE ANY EXCITING PLANS FOR 2018?

This year is very exciting for us, not only is it our 10th anniversary, but we’re also starting a new hippotherapy service in Kildare this summer, which is occupational therapy using horses, and there is only one other centre in Ireland in West Cork who are running a similar service so it’s a very specialised.

Then we’re opening a centre in Munster and in Connacht as well so we’ll be in three provinces in Ireland by the end of this year.