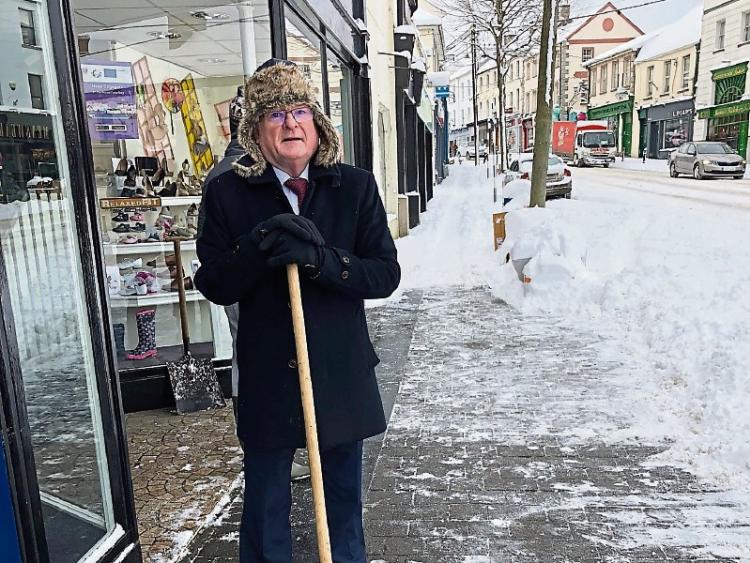 Richie Whelan of Menswear Naas clearing the path in front of his shop, moments before digging the Leinster Leader reporter's car out.

An hour after I left Blackwood I was finally making my way onto and up Naas Main Street. That’s an average of 19kph.

Traffic had been light, but slow, crawl slow. As of the time of writing, 9.36am, it’s best to assume that there are no treated roads in Kildare – not even the M7. In fairness, there are some, but they’re few and far between. It’s only the start of what will be a long day for the lads driving the snow ploughs and salting machines.

Today has so far been a great advertisement for four wheel drive cars and jeeps, as they took to the roads with a slightly greater degree of confidence than the rest of us.

Heading into Prosperous was slow. Heading over to Clane wasn’t so bad, given that the roads has gotten more use, and the snow is worn down a bit. Sallins was better again with patches of tar visible through the snow, but passing over the M7 motorway on the way into Naas, I was surprised to see that the road was barely passable and there were only three cars visible on it, in either direction. 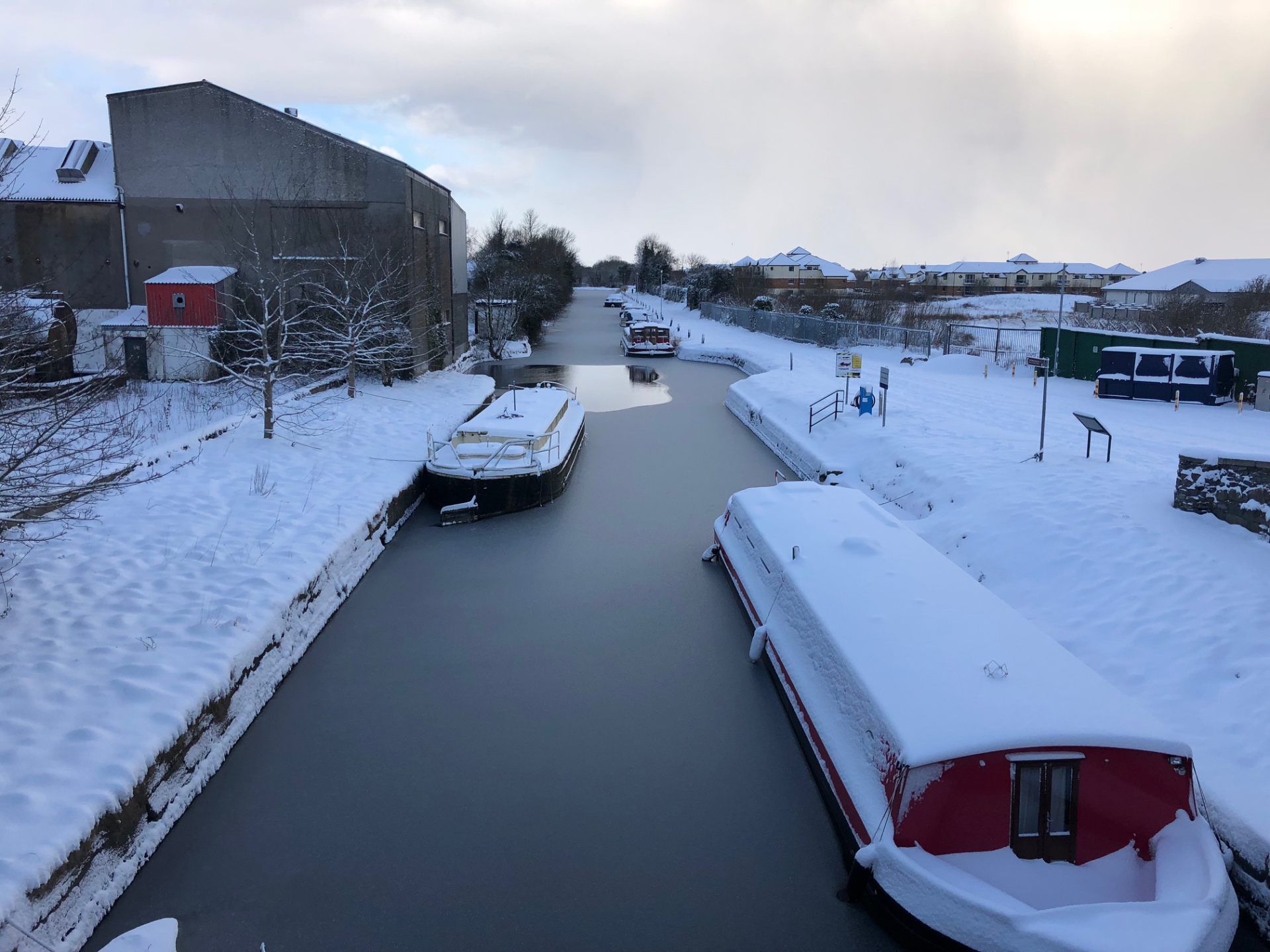 The view from the Sallins Bridge earlier today

Something tells me the nation has decided to work from home today.

Anyway, in I came to the Main Street of Naas, and coming through the lights at Poplar Square I see my fellow Caragh GFC man, Richie Whelan, out with a shovel and a brush, clearing the footpath in front of Whelan’s Shoes. And he’s done the same as Menswear Naas, across the street.

Journalistic instincts swing into action and I pull the car over in front of the old Dara Cinema, and hop out. Richie tells me he’s been in since about 7am although the trip in from Donadea was a bit of a hair-raiser. Naturally, unlike yours truly from the depths of the bog, still wearing my wellies, Richie is immaculately dressed for the day as ever.

Anyway, job done, photo taken, I get back in the car to head on further up to the Leinster Leader.

My little Volvo skids, she makes funny noises, she turns sideways, all sorts of electronic stability controls that I didn’t even know about and certainly don't understand kick in, stopping the engine from revving and the wheels from turning - and more to the point, stopping me from going anywhere.

Richie arrives, with shovels and brushes, to dig me out. His son, Richie Junior, helps to push me once I start the car again. Thanks lads! 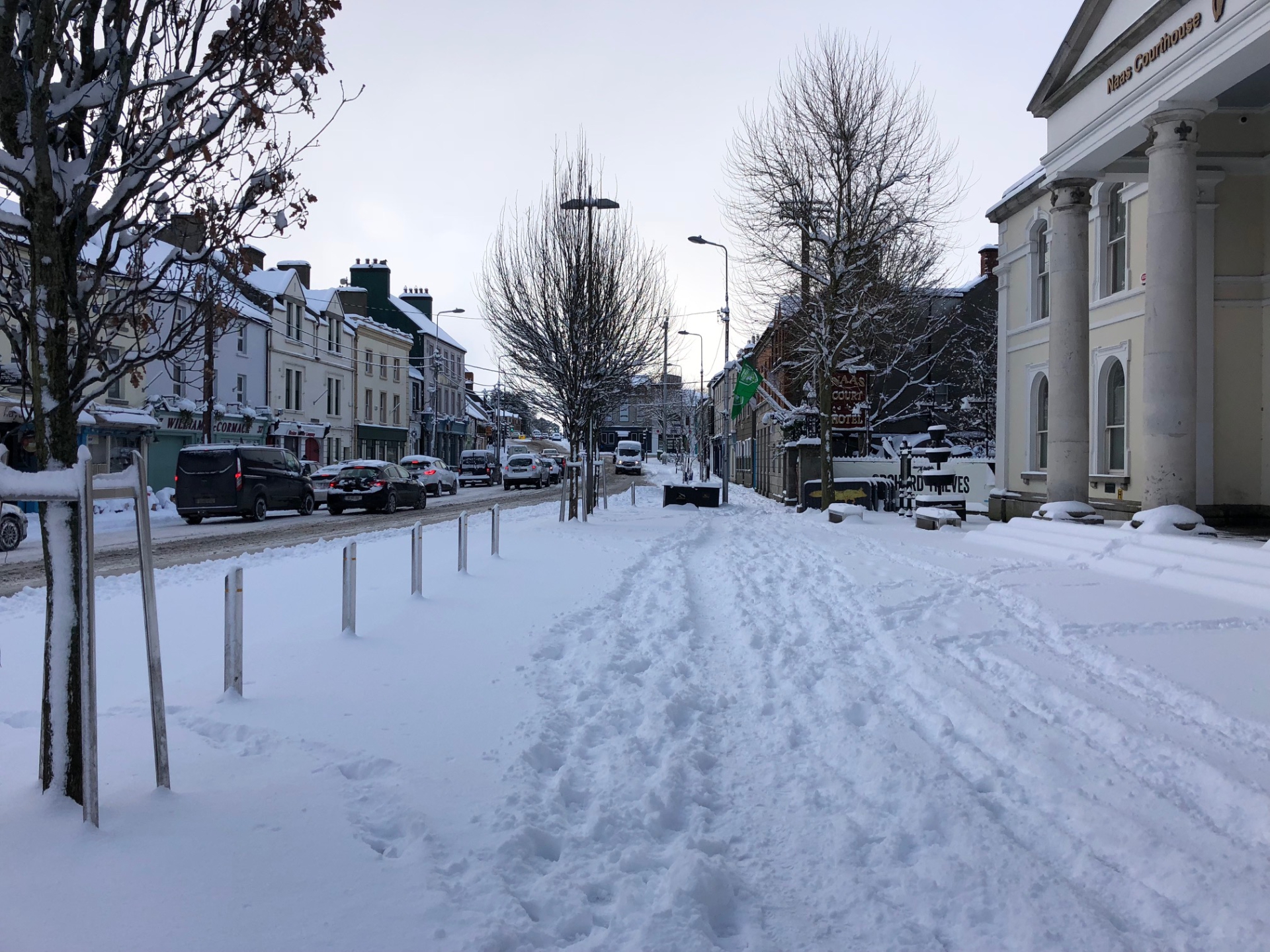 Naas Courthouse in the snow. Court sittings for the next three days are suspended.

Finally, up in the office, and there isn’t a sinner in the place. A quick look at the email and it’s just a long list of closures, cancellations and warnings. Court sittings, Green Buses, regular buses, Council offices, Peter McVerry Trust updates, and jokes about how Brennan’s bread is now selling for €300 a loaf on Done Deal.

We’ll be fine. We’ll give out, and help out, and throw snowballs and stay at home from school and work and take pictures and keep warm and next week, after the thaw, it’ll all be forgotten about.

Read more: UPDATE: All Green bus services on N7 through Kildare have been suspended

Read more: Micko gets togged out in Menswear Naas for RTE Doc 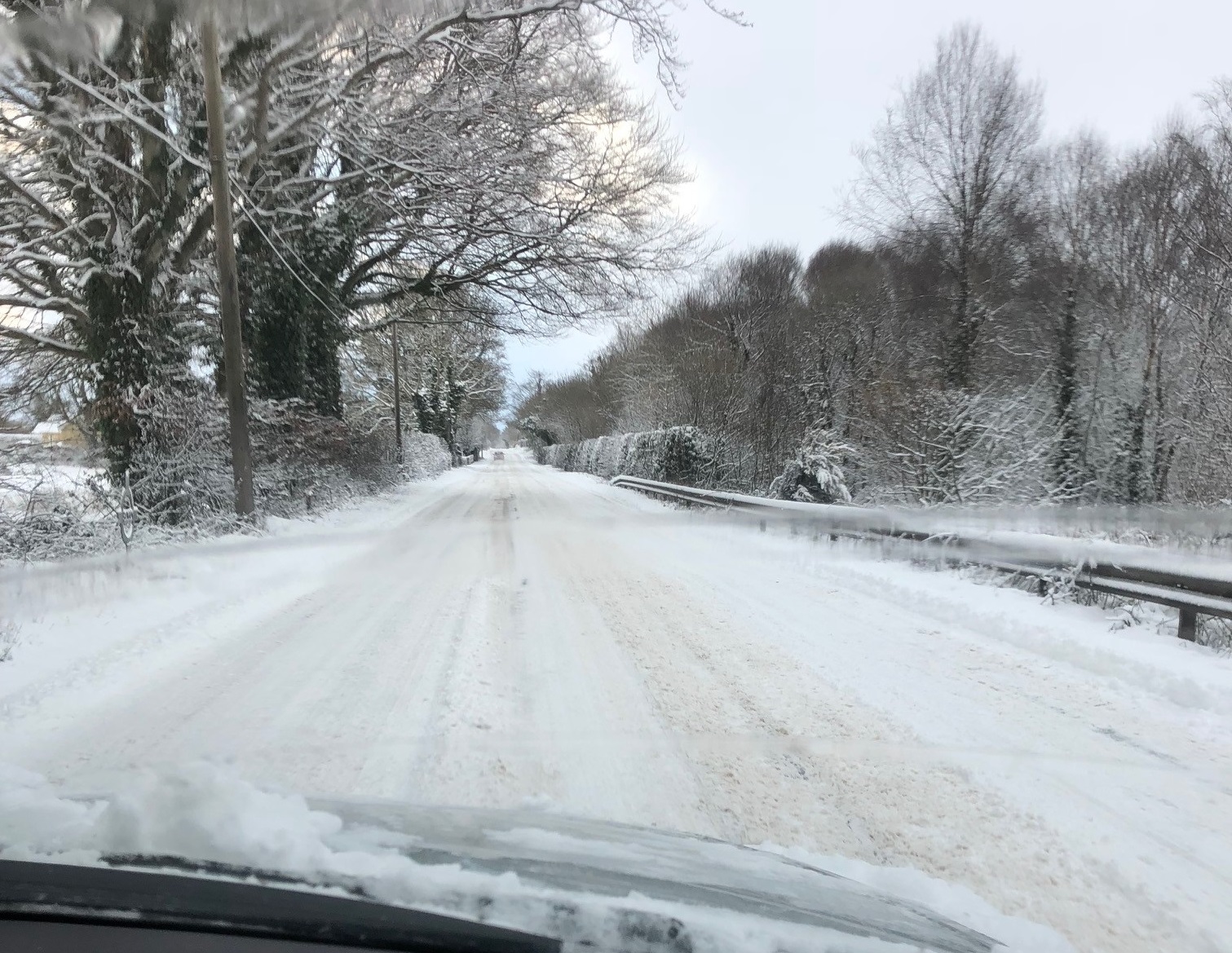