Celebrating the joy of movement at Scoil Mhuire in Newbridge 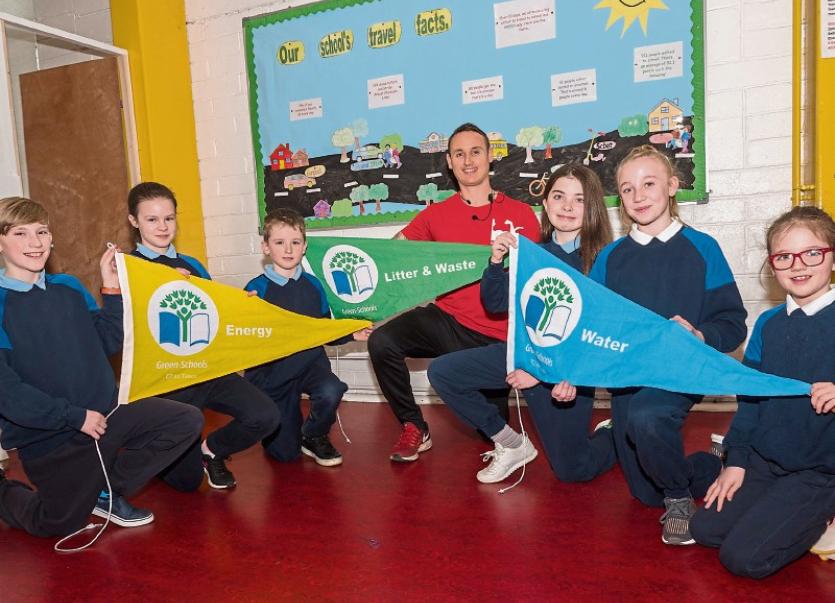 It was a fantastic fun-filled day at Scoil Mhuire, Ballymany, Newbridge, for its recent Travel Action Day, which is part of its work towards securing its fourth Green Flag.

“The committee organised and hosted the day which began with our WOW (Walk on Wednesday) and then every member of the school took part in the ‘Cha Cha Slide’ dance wearing funky footwear,” said a school spokesperson.

“The day continued in the small hall with an exhibit of ‘things that move’ which each class made: paper rockets, hover boards, paper aeroplanes, magnetic cars just to name a few. The children really enjoyed seeing how these items moved.”

Transport facts were displayed with photos of how transport has changed over time.

The Instagram booth was also a a great success as the children had their photographs taken.

After lunch, local fitness instructor Brian McGrogan talked to all the students about the greener and healthier approach to travel to school.

“All the children participated in fun exercises. Prizes were given for the best class for the ‘Big Travel Challenge’ and the best funky footwear. A great day was had by all,” she added.