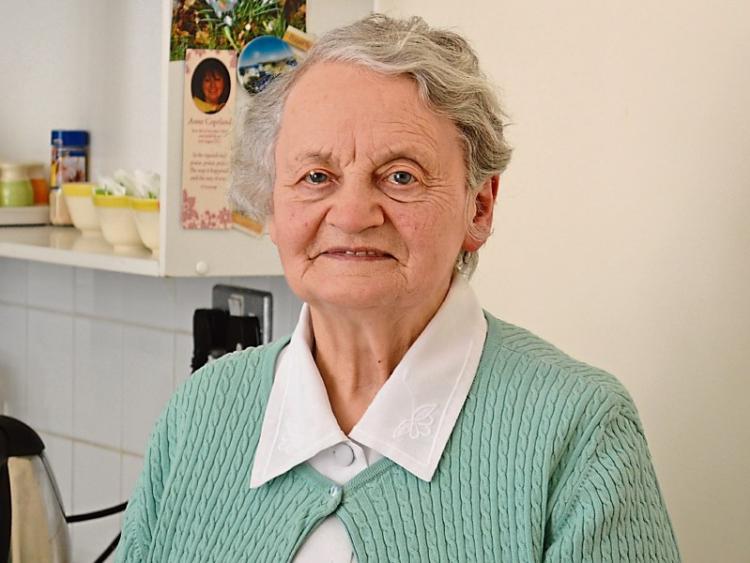 The large number of locals who paid their respects to the late Sr Marion Rankin in the Convent Chapel on Saturday, February 3, and the large congregation which packed St Peter and Paul’s Church for her funeral Mass on Sunday, was eloquent testament to how dearly the Sister was loved by the people of Monasterevin.

Sr Marion began school in Monasterevin in 1939 and entered the Mercy Order in 1951. Over the next five decades, she was involved in every facet of the life of Monasterevin parish.

When the young local Sister took on the housekeeping duties at the Mercy Convent, their kitchen became a place of welcome and the centre of energy for the community.

Sr Marion was a great support to young mothers, and under her guidance young women, and some not so young, learned to expand their culinary repertoires through the Sister’s promotion of healthy eating practices.

At her wake, many parishioner s talked about how Sr Marion had enkindled in them a love of needlework and embroidery.

Over the weekend of her funeral, it was generally accepted that Sr Marion , more than anyone before her, had opened up the Mercy Convent to parishioners and made it a place of welcome and warmth and ongoing support for the women of Monasterevin.

Sr Marion had a special love for the missions and supported many missionary orders. It was no surprise, when the Mercy Headquarters needed someone for the Ministry of Hospitality at their International Centre in Baggot Street in Dublin, that they called on a woman who had supported the missions.

Sr Marion moved to Dublin in 1995, and she was happy in her new surroundings but never forgot her beloved Monasterevin.
The magnificent attendance at her wake and funeral was clear evidence of how dearly Monasterevin loved her and how well her many kindnesses were remembered.

Following Mass, she was interred in St Evin’s Cemetery.  One of 11 children born to the late Catherine and James, Sr Marion was predeceased by a brother James and sister Sheila, and is mourned by two sisters and six brothers. She passed away in the devoted care of the staff at McAuley Nursing Home, Beaumont, after a long illness, on Thursday, February 1.
May she Rest In Peace.