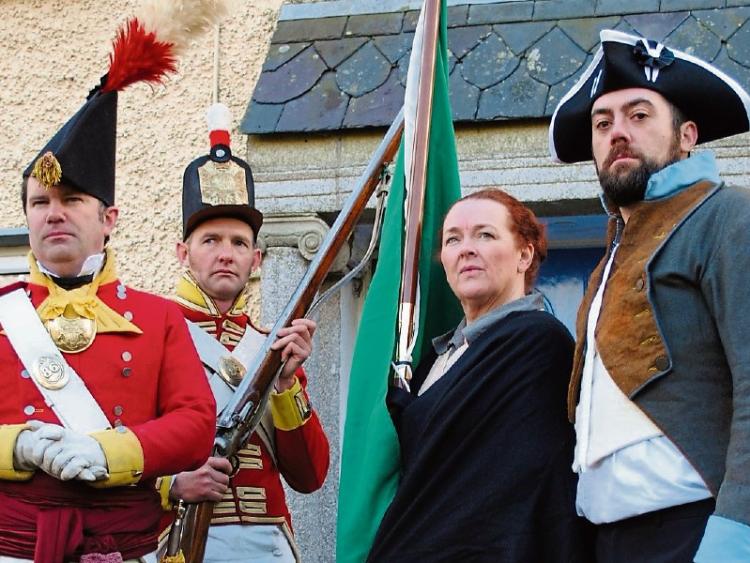 With this year marking the 220th anniversary of the 1798 Rebellion in Ireland against the British Forces, the village of Prosperous is preparing to celebrate its role in that event.

The village played a significant part in this rebellion, being the location of one of the first battles and wins of the 1798 rebellion.

The Festival plans to have a weekend full of history talks, music, reenactments, a 1798 museum, an old fashioned crafting displays, a commemoration ceremony and much more over the course of the weekend of May 25, 26 and 27.

The level of historical research and knowledge about the events of the 1798 rebellion, as they relate to Prosperous, is considerable, providing a wealth of information for the Festival organisers to take advantage of.

“We aim to dive right back to how Prosperous was established in 1780 by Sir Robert Brooke as a cotton manufacturing industrial village all the way forward to the stories and history of the role Prosperous played in the rebellion at the time,” say the organising committee.

“You will find out who were the key players involved on the rebel and British side and get to meet them (drama club actors of course) on the weekend of the Heritage Festival during our reenactments! We hope you enjoy this voyage of discovery in the history of our lovely village!”

Meanwhile, a GoFundMe account has been established to raise funds for the Festival. Click here to donate.