KILDARE COLUMN: Let's give our public servant heroes their due

Robert Mulhern on the sad apathy displayed towards workers such as firefighters, who give so much to the community 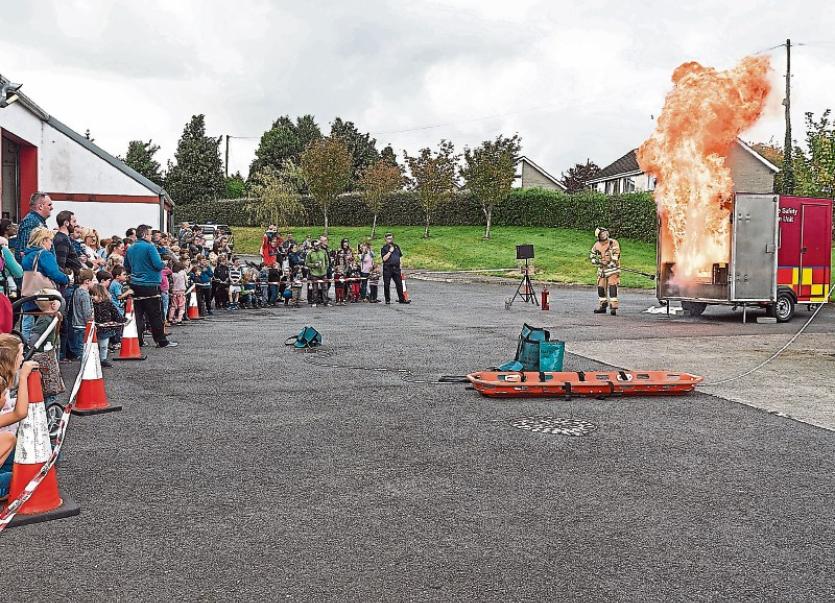 I’ve a strong memory of the morning of June 15, 2017. It was sunny, the sky was a brilliant blue and, just after 6am, the streets around west London were quiet.

On a patch of grass to the front of Grenfell Tower, a fireman was sat on his own looking into space.

He’d been in and out of the building all night and his face was dirty with smoke.

I was there to send to do a report for the BBC in Northern Ireland and no one then knew the scale of the disaster.

Though in retrospect, the answer was  written clearly on the face of that fireman.

Seventy one confirmed deaths later, the fire services revealed how they were short the kind resources that would have allowed them to save more lives.

Yet the scale of support demonstrated that week made it feel like a society that would leave them short of nothing.

No one could make sense of emerging stories of station  closures, labour and skills shortages… not at a time when they were needed most.

Afterwards, things got back to some kind of normal and what I mean by that is many of the conditions that helped create an under-resourced fire service, remain.

That's the real value society places on firemen and women.

This isn’t an English phenomenon.

I read this week how retained firemen and women in Kildare have been passed over for a national service award.

I found the report via the Leinster Leader’s Facebook page and how I know this is not something people are aggrieved about  is that 24 hours after the story had been published, it didn’t have a single share or a single like.

In the world of social media, this is damning in terms of public engagement.

In the world beyond social media it’s a demonstration of the kind of indifference people feel towards those whose job it is to deal with emergencies.

It seems these men and women are being overlooked because they are retained fire-officers, which basically means they’re on call all the time and not contracted to work set shifts.

By this logic, dedicating your life to dealing bad with news within your community is worthy of less respect than having a structured working week, complete with balance and benefits.

The snub is being appealed by Kildare County Council, though 'appeal' feels like too soft a word in this instance because being under acknowledged is often tougher to take than being underpaid.

And that makes the  wilful withholding of recognition a real kick in the teeth from a government that would have to fork out nothing to gift this service award.

Growing up, the sight of Tony Doyle cycling to the old station on the Fairgreen in Naas was a common enough occurrence for us to understand he was on his way answering a call for an emergency somewhere.

Later, in school, we used to hear more about the calls we didn’t see, late a night, when Alan Walsh would tell us about an accident, or situation his father had been called out to.

But it’s only now — and in recent months — that I’ve come to understand how we both take advantage of and take for granted, the kind of community activism that would make someone give up their life to be on call, for no thanks and now, even less recognition.

This is bad news for people we reply upon to deal with far worse.