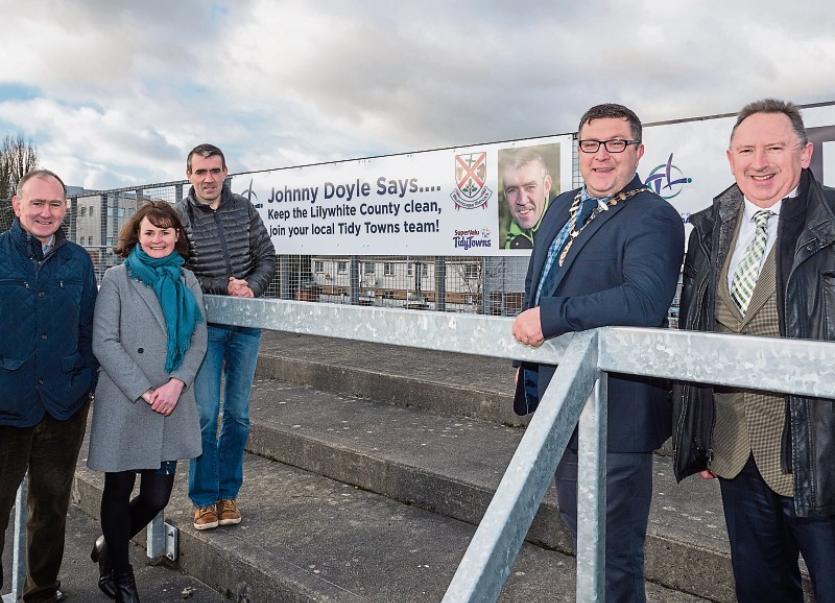 Kildare GAA and Kildare County Council have entered into a three-year partnership agreement to promote the work of the County Kildare Tidy Towns Network.

GAA star Johnny Doyle, County Kildare Tidy Towns Ambassador, said: “Last year the county achieved notable success in the National Tidy Towns Competition and Irish Business Against Litter (IBAL) League. We're determined to build on this for 2018 and we need everyone to get involved.”

Thirty-nine towns and villages in the county are actively involved in the campaign. To get involved, contact your local Tidy Towns group or Cora Dempsey, Tidy Towns Liaison Officer at 045 980588/ email: environ@kildarecoco.ie.