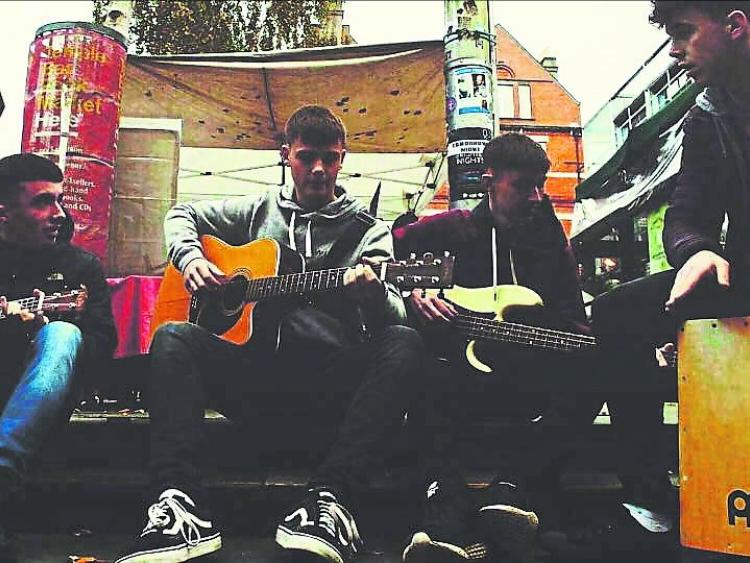 The Rush filming for their debut single

Of course there has been no shotage of talent emerging from Kildare, with the likes of Athy’s Picture This selling out 3Arena gigs in November, and Naas CBS students Sean and Conor Price reaching the quarter final of last year's X Factor.

Following on from this local success, a new boyband from Naas are hoping for a big break in 2018.

The Rush is made up of four young fifth year students in Naas CBS.

Colm Foley, Will O'Sullivan, Sam Sheehan and Ethan Cotter released their debut single in December and have a lot more in the pipeline.

“Basically we want to release a couple of more songs, hopefully get an EP out at some stage in the year with four or five songs on it, and hopefully grow quite a following on Instagram and get a few gigs, build quite a platform,” band member Sam Sheehan told the Leader.

Their debut single In Our Dreams was written by Ethan. The video was shot in Sallins and in parts of Dublin, where the band have busked over the last few years. 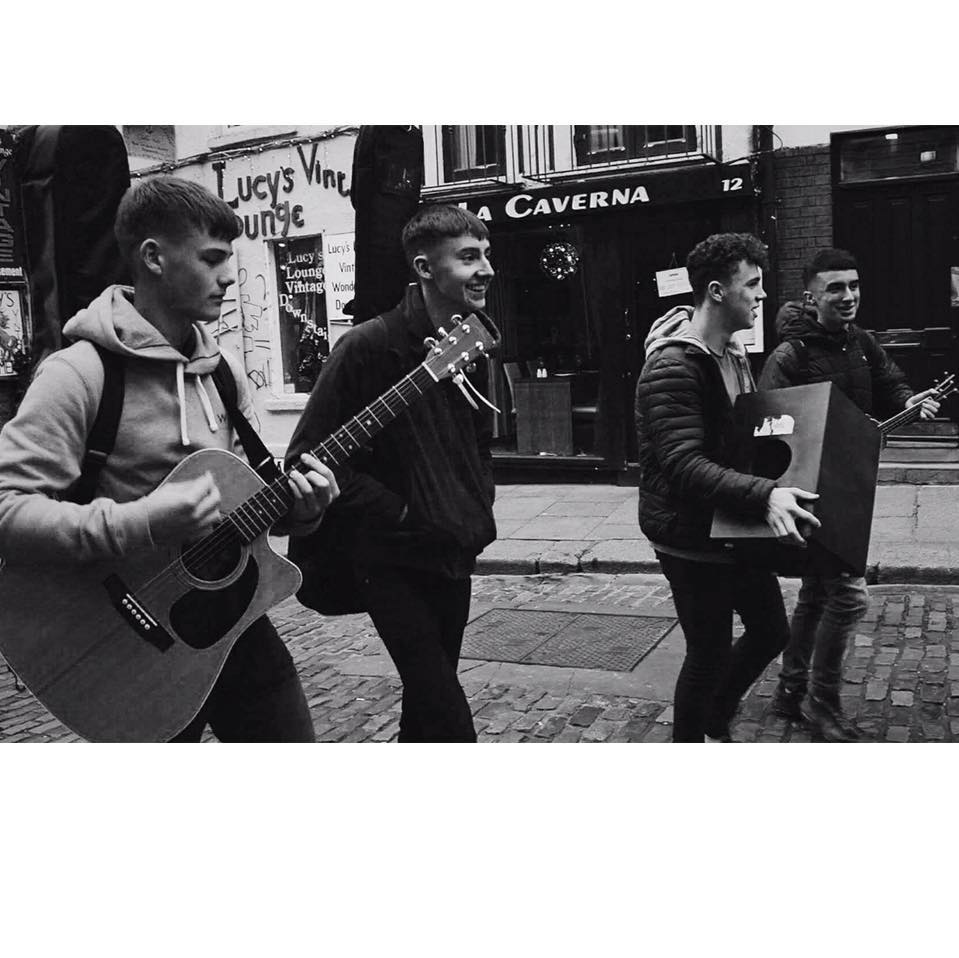 The lads have an abundance of talent, with vocalists Sam and Colm on guitar, Will on piano and base and Ethan on box and rap.

“With our old videos we kind of did covers, just recorded in the house and you’d get a lot of slagging over them through that, but since our new song has come out we’ve only got support in fairness. And people we know that we bump into around Naas always say good words about the video”, added Sam.

How did the band get together?

“It started back in second year. We were all in the music class in CBS, our teacher Mrs Power was really into getting the class to perform, and that’s how we all figured out what we all played and what we were all good at. We entered a competition over in Newbridge and we were all just kind of happy to keep it going.”

Where did the band's name come from?

“We had been through a few at the start, there was no particular reason behind it, we were just kind of in a rush for a name, and then we thought of The Rush and just thought it could work!”

Who were your musical influences?

“We were all big into similar enough bands like The Coronas, The Original Rude Boys, Picture This.”

The lads are trying to get their name out there in 2018, and are hoping for a big break.

“We had a bit of a drive recently, I’m not really sure why it might have been with Sean and Conor (Price) looking at them on the X Factor. We’ve kind of concentrated getting our own stuff out.”

What makes the band stand out in an industry full of young boybands and solo male artists?

“Just the fact we're a full band of young lads. Something a bit different from the ordinary, which we think we have with the rapping and acoustics.”

The lads are just taking things as they come for the time being.

“We're just going with it at the moment; no serious plans for the future.”

They played a few gigs in Graces Bar in Naas last summer, and are hoping to build on that in the coming year.

2018 is set to be an exciting year by the sounds of it, watch this space!

Have a listen to their debut single here!