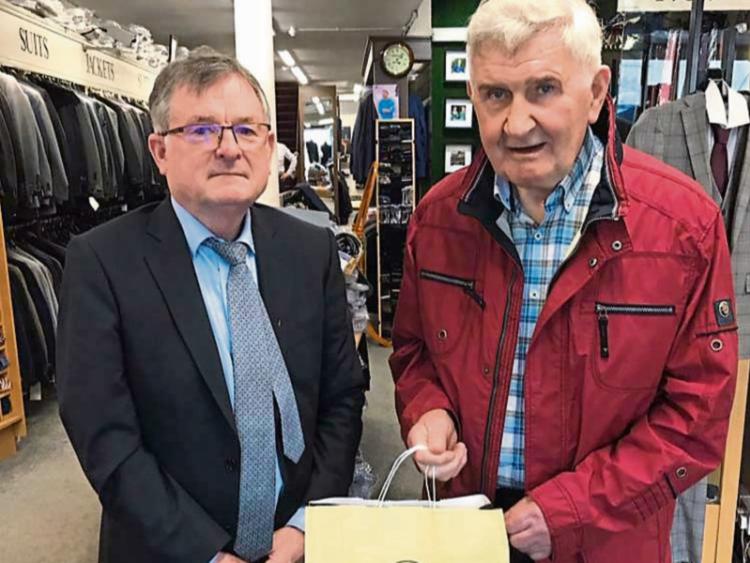 Richie Whelan of Menswear Naas, left, and Mick O'Dwyer during his most recent visit to the shop.

Mick O’Dwyer, about whom a documentary appeared on RTE 1 last night, got some of his clothes for the television special in Menswear Naas.

Proprietor Richie Whelan told the Leinster Leader that the Kerry legend had dropped into his shop “around about mid or early November,” and said he wanted to be well dressed for something, although he didn’t specify what.

He almost became a rally driver, and Bomber Liston loves Smarties. Here's some of the best bits from last night's documentary, available to watch now on @RTEplayer https://t.co/WZgXDJPK1Y #RTEgaa

The RTE documentary, which proved a massive hit with audiences, traced O’Dwyer’s career from his early days as a Kerry footballer, then manager, as well as his time in Kildare, Laois and Wicklow.

When discussing Kildare in the documentary he stood at Braveheart Hill in the Curragh and explained that this was the place where he learned who would be a good player and who would not. One player, he explained, would hide in the trees at the time. “But I caught him,” he explained. “He didn’t last long after that.”

The documentary also features a good natured reunion between himself, Anthony Rainbow and Willie McCreary. McCreary credited him with bringing pride back to the Kildare football.

Micko scoffed at widespread rumours of the time that he was on big money to be the Kildare manager. He revealed that he drove up from Kerry in an old Mercedes. "I left the good one at home!"

Richie explained that Micko has been a regular in the shop during and ever since his time as Kildare manager.

“He comes all the way from Waterville to Menswear Naas regularly,” Richie said. That's a trip of 337kms (209 miles). 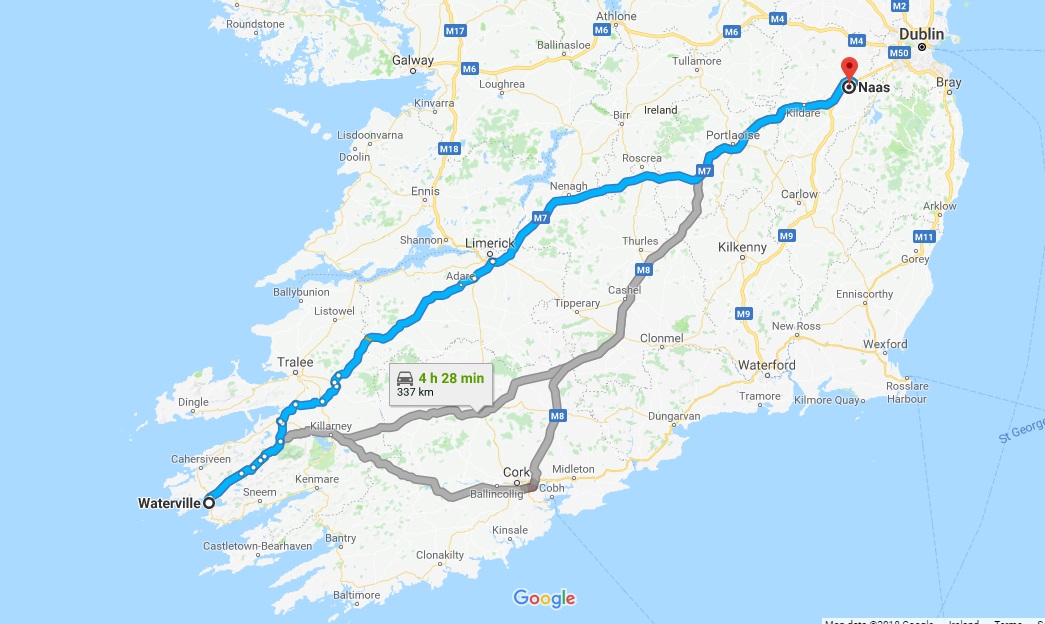 It's a long way from Waterville to Menswear Naas.

Menswear Naas congratulated the Kerryman on his wonderful career. "We were delighted to tog out Micko for his documentary. A true gentleman with a huge passion for GAA."