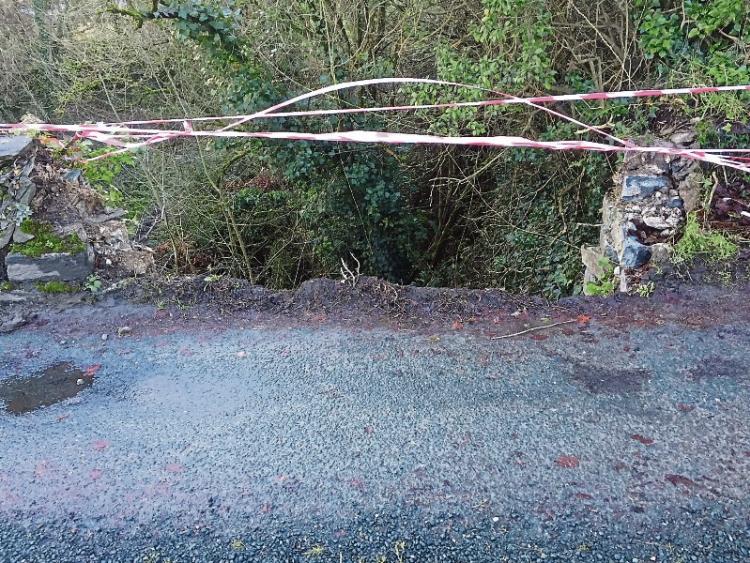 The gap in the wall of the bridge.

Kildare County Council has said there is no timescale as yet for the potential reopening of the L6005 road which runs along the Grand Canal between Osberstown and Digby Bridge.

The wall of a brdge on the road has collapsed.  A spokesperson for the Council told the Leinster Leader they are assessing the damage to the wall and consulting with Waterways Ireland (which has responsibility for the bridge).

“It is not possible to give a timescale for the closure of the road until the assessment has been completed.”

Meanwhile Council engineers say there is no obvious signs that the wall which collapsed had been hit by a vehicle. They are considering the possibility that the damage was the result of an accumulation of a number of blows over the years from passing vehicles.

The damaged bridge is part of the Leinster Aqueduct structure but does not traverse the Liffey. It is on the Digby Bridge side of the aqueduct and goes over a ravine that runs parallel to the river. As our pictures show, a section of wall on that bridge, approximately two metres long, has simply fallen away, into the ravine.

Houses along the closed road are still accessible for residents with only the section at the damaged bridge physically blocked. It is likely that the bridge will remain impassable for some considerable time given the age of the bridge and the complexity of fixing it.

The damage and the closure of the road highlights once again how Kildare is so heavily reliant on a large number of bridges, many of which are of considerable age. The Grand Canal and its bridges such as the Leinster Aqueduct were built in the late 1700's.

This particular road was popular with motorists traveling to and from Naas, Prosperous and other parts of West Kildare. 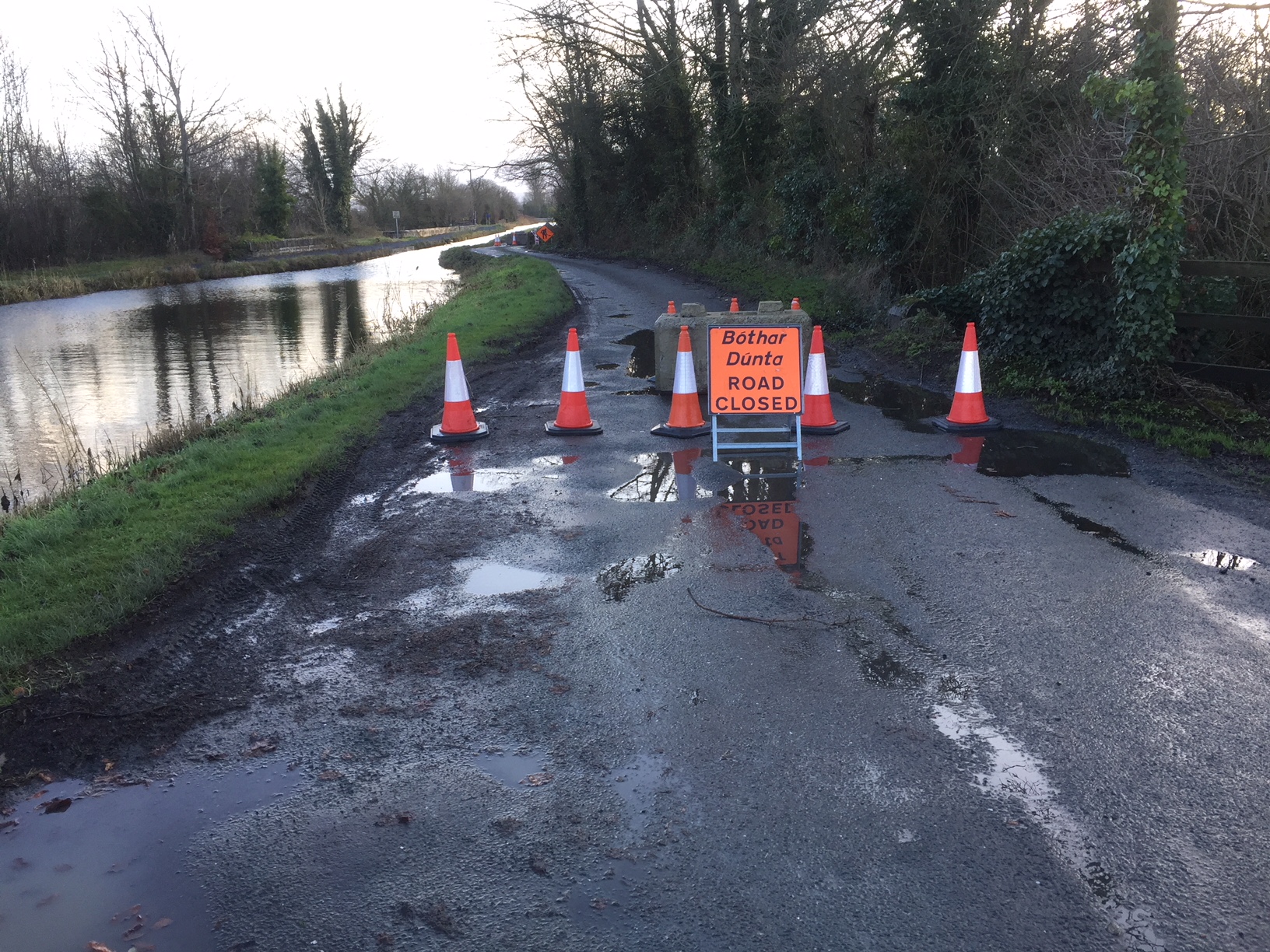 The section of road that is closed off. 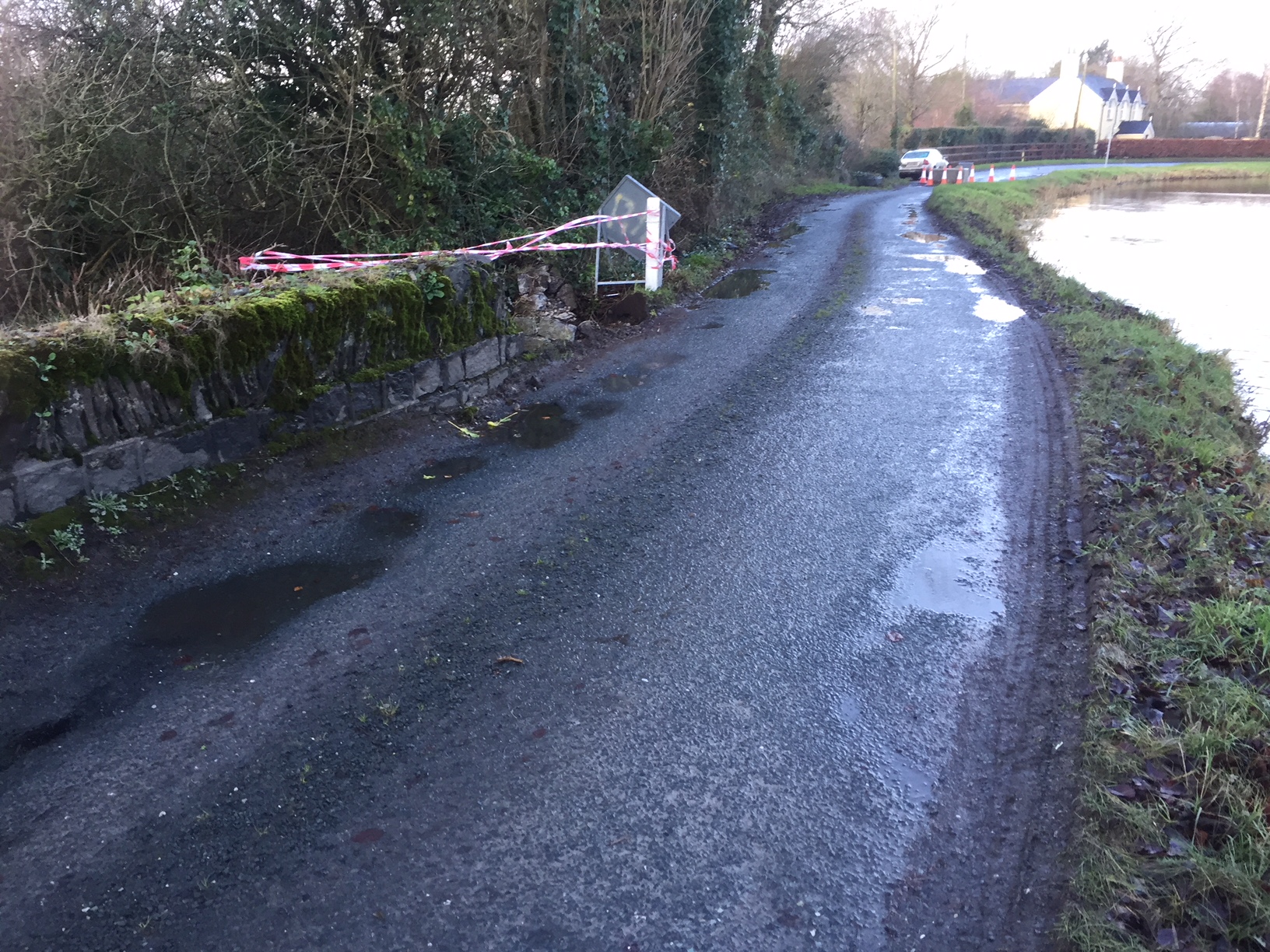 Position of the damaged wall.