Kildare cyclists excel on the world stage in 2017

Conor Mchugh takes a look back on this success 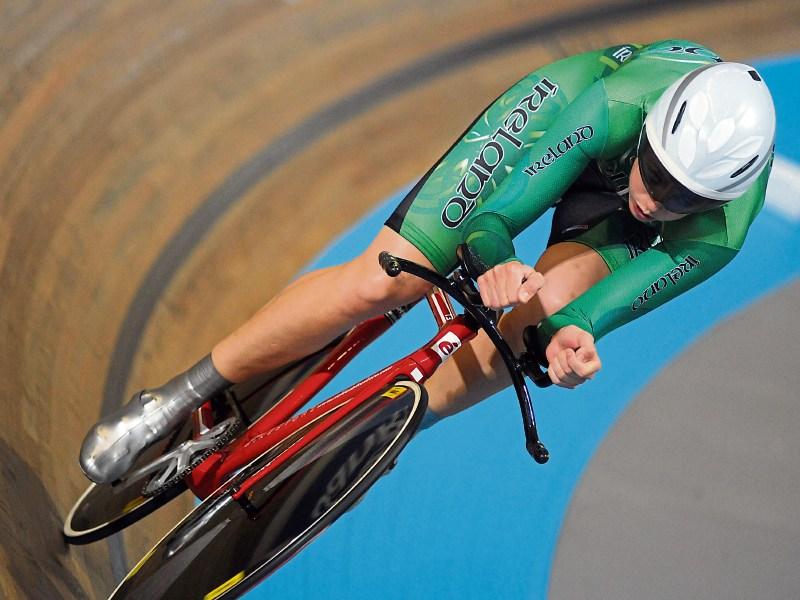 Ireland is now one of the better performing nations in the cycling cycling world, regularly placing highly on the track in European and World Championships - and showing great spirit in road races.

The future is bright for Irish cycling fans. Kildare cyclists are, and have been to the forefront of that success, mainly but not exclusively on the track.

Although she announced her retirement just before Christmas 2016, Caroline Ryan's place in Ireland's cycling history is assured as the first Irish person to win a World Championship medal on the track in over 100 years - as well as breaking and holding numerous national records.

The Johnstownbridge woman had two spells at the top of the world rankings during her career. She is a daughter of Willie Ryan who, with his brother Ted, represented Ireland in the Olympics in rowing.

Ryan kick-started a revival in Irish fortunes that continues to this day.

From a Kildare point of view, Kilcullen youngster JB Murphy followed her success this year with silver medal at European Track Cycling Championships in July and a bronze in the World Junior Track Championships in Milan a month later.

To put it all in context, when he won the silver medal it was only his very first race on the track, and only four weeks after he had ever set foot in a velodrome.

Seventeen year old Murphy, who headed back into his Leaving Cert year at the PBS a week later lapped the field in the final race and was only eight points off the leader, from Ukraine, going into the last sprint.

And on the road, he was triumphant in the Gorey Three Day and part of the Irish Road Team which competes in Europe.

And Adam Stenson, a member of Celbridge Cycling Club 'Bikeworx' team, Adam was selected to pull on the green jersey for Ireland at the 2017 World Road Race Championships in Bergen Norway.

The 19 year old has has a very promising season so far this year.

For the early part of the season he was doing his Leaving Cert at Salesians College, Celbridge, and worked hard to get the balance right between study, exams, training and racing.

After Leaving Cert he turned his focus to the bike and it wasn't long before he took a few wins on the domestic circuit.

Then in early August he travelled to Belgium to race for a short period where he picked up a win within his first week of arrival and several podium spots after.

In the road race in Bergen he was feeling good and able to stick with the main bunch but a series of unfortunate incidents, including a tyre blow-out, followed by a less than hasty wheel change ended his chances.

All that being said, he's clearly a name to watch in the future.