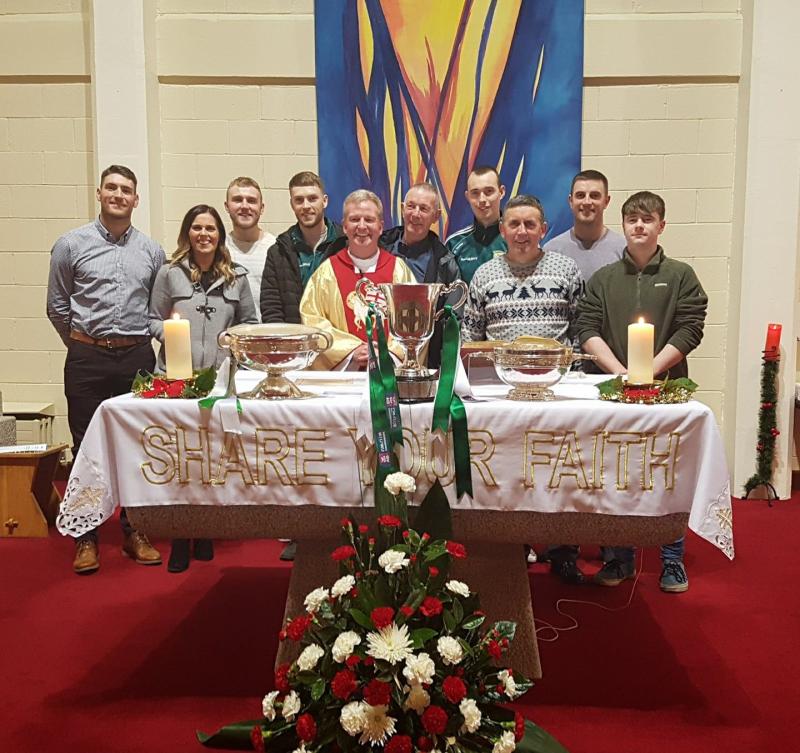 Christmas is a time for miracles, and one of the greatest comebacks of Kildare GAA history was celebrated at Christmas Day 10.30am mass at Cill Mhuire in Newbridge this morning.

Fr Paul Dempsey invited six members of Leinster Senior Football Club champions Moorefield up to the altar at their local church at the conclusion of the ceremony, much to the delight of the festive congregation.

Moorefield were crowned Leinster club champs just over a week ago in a thriller of a victory over St Loman's of Mullingar in O'Moore Park in Portlaoise. They scored a stunning 1-3 in injury time in what has been described as one of the greatest match finales in GAA history.

Fr Paul seized the opportunity to interview the local lads on the altar, quipping to captain Daryl Flynn that the victorious skipper would never have predicted he'd be preaching from that position.

Flynn said that the past week had been mayhem with all the celebrations and tours. Fr Paul, adding: "I've always wanted to do this", then hoisted the cup aloft to cheers and claps from the partisan crowd.

With their campaign for All Ireland glory still alive, no doubt every little Christmas blessing helps the Moorefield campaign!

Scoil Mhuire, which is beside the church, is the traditional Moorefield football nursery, and the team delighted the children there, and at other schools in the town, during the past week by touring the cup. 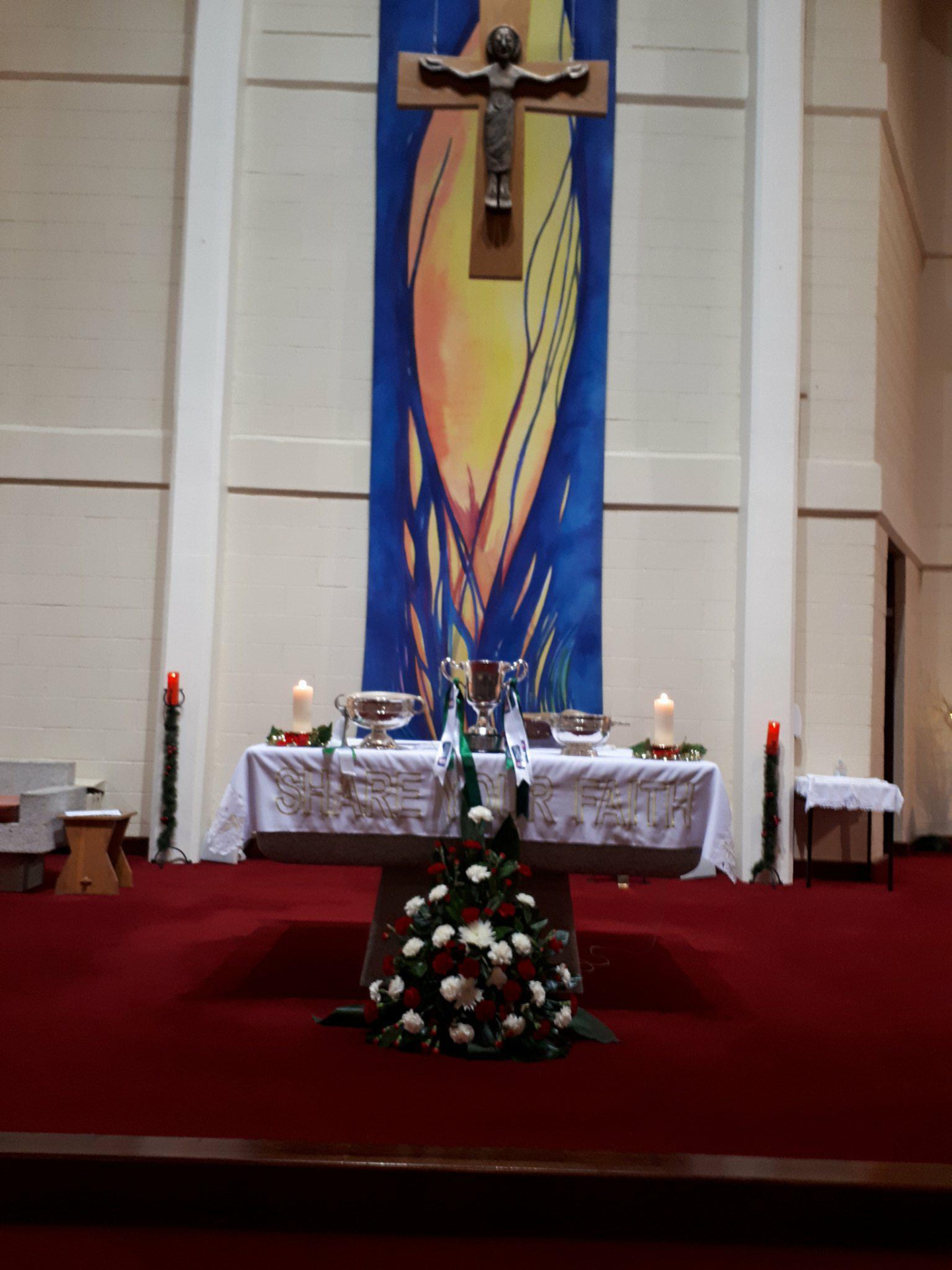 The beribboned Leinster club cup, plus other Moorefield silverware, took pride of place on the altar at Cill Mhuire, Newbridge, on Christmas morning

A very proud Gerry Moran with David Whyte & Fr. Paul Dempsey with our silverware. Our players were all coached by Gerry Moran at some stage during their underage years with the club #Moores2017 pic.twitter.com/PFoA3GBp4A

Another first as Moorefield captain Daryl Flynn with fellow players and an array of silverware is interviewed by Fr Paul Dempsey after 10.30 mass in Cill Mhuire this Christmas morning