Commitment made to continue to develop Newbridge operations 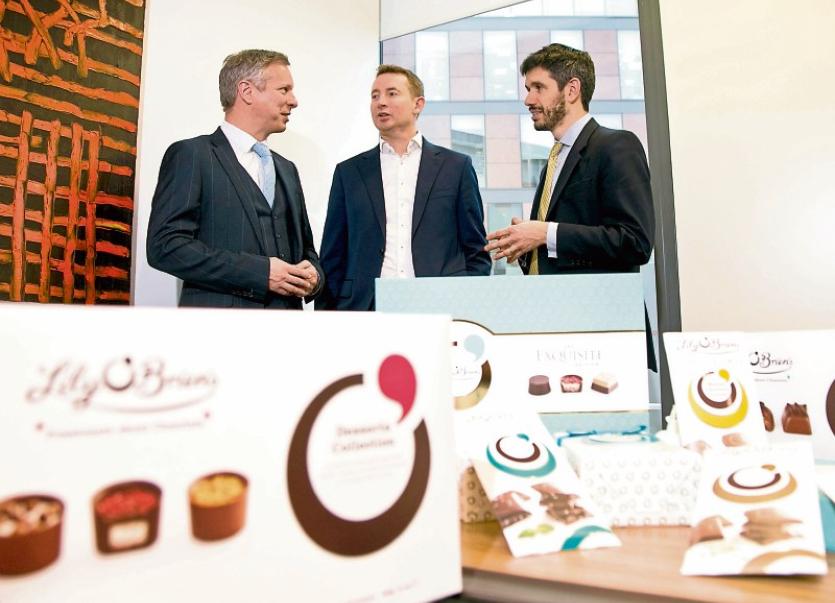 Kildare-based chocolate company Lily O’Brien’s has been sold for €40 million.

It will be acquired by Polish company Colian Holding SA for €40 million on a debt-free, cash free basis from its existing shareholders, the Carlyle Cardinal Ireland Fund (CCI) and members of the Lily O’Brien’s management team. The acquisition is expected to complete in January 2018.

The company, which is based at the IDA business park in Newbridge, was founded in 1992 in her kitchen by Mary Ann O’Brien, and named after her daughter. The former senator also co-founded the Johnstown-based Jack and Jill Foundation, which provides support and care for critically ill children, with her husband Jonathan Irwin.

Lily O'Brien's today employs 120 people at its Newbridge plant and generated revenues in excess of €30 million during 2016.

CCI, the private equity fund focusing on investments across the island of Ireland founded by The Carlyle Groupand Cardinal Capital Group, acquired a majority shareholding in Lily O’Brien’s in January 2014, investing alongside Eoin Donnelly (CEO), Mary Ann O’Brien (founder) and other members of the management team.

According to the company, since 2013, total revenues and global export revenues have increased by almost 50%, underpinned by increased investment in production facilities and new product development.

Lily O’Brien’s will continue to be run by its existing Irish management team led by CEO, Eoin Donnelly, with Mary Ann O’Brien remaining as a director and consultant to the company.

According to a statement issued by the company this evening, Lily O’Brien’s will continue to develop its Newbridge operations to support this growth.

Eoin Donnelly, CEO, Lily O’Brien’s said; “CCI has been a fantastic partner for Lily O’Brien’s and the management team over the last four years, as the company increased its international sales, invested in new production capacity and enlarged the employee base.  We selected Colian as the new owner for the business given our shared vision of growing our brand globally. Colian exports to over 60 countries worldwide, providing us with access to potential new markets, and their commitment to new product development and innovation is very exciting for employees and the company”.