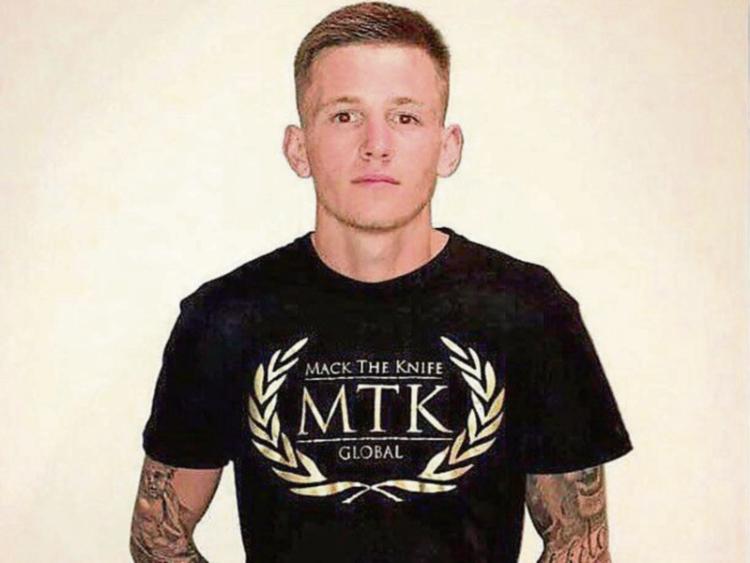 Gary Cully (21) is a pro boxer from Naas. He went to primary school in St Corban’s and St Patrick’s/ Pipers Hill secondary school. He has two siblings, Dean (23) and Leah (7). Since turning pro in July, Gary has recorded 3/3 wins, with his latest in Belfast in November.

Growing up on the green in Sarto Road in the summer, playing World Cups all day, playing tip the can, being out on the road from 10 in the morning till 10 at night with your friends... There was about 30 of us that grew up together.

Yeah I did, especially where I grew up in Naas. I grew up on Sarto Road and I loved it, wouldn’t change it for anywhere.

WHAT IS YOUR IDEAL DAY OUT IN THE COUNTY?

Definitely has to be a day in Kildare Village, I’m a bit of a shopaholic so that’s a dream day out!

FAVOURITE PLACE TO EAT OUT?

I love food so it’s so hard to pick just one place! But going out for food I’d pick Las Rada Tapas Bar.

WHO WAS YOUR INSPIRATION GROWING UP?

In boxing terms, it was always Floyd Mayweather and Prince Naseem Hamed. But also learning to box in Kildare, I grew up watching Eric Donovan from Athy and Ross Hickey, and they were both the best in the country and like me, were southpaws. I based my style off how they used to fight.

WHAT DO YOU THINK THE BOXING CULTURE IS LIKE IN KILDARE?

HIGHLIGHT OF YOUR CAREER SO FAR?

Winning gold in the European Championships in 2013 and getting the best boxer award is probably my biggest achievement in boxing so far and my biggest highlight. Making my professional debut in September was also a huge night for me in my career so it’s between both of them.

My short term plans are to keep busy and keep learning and hopefully pick up an Irish title this year.