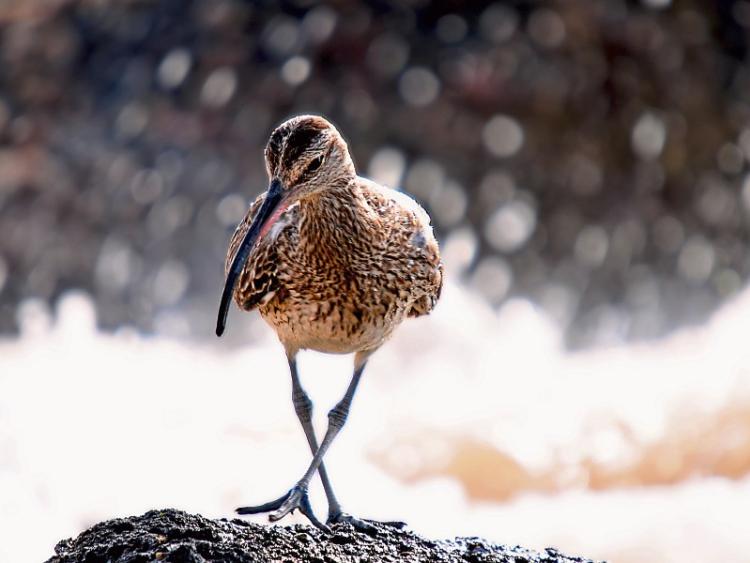 Curlews are as well known for their distinctive and beautiful song as they are for their long beaks — their numbers are threatened.

An enthusiastic crowd gathered last Thursday to hear curlew expert Mary Colwell speak of her work in trying to resurrect the fortunes of the bird in Ireland.

The event was hosted in the Westgrove Hotel by a group called Wild Kildare.

Long associated with wetter grasslands and bogs, the bird, known for its song as much as its long beak was a permanent feature on the Irish landscape up a number of decades ago. Between 2007 and 2014, there was a 34% decline in the numbers of curlew in Ireland. 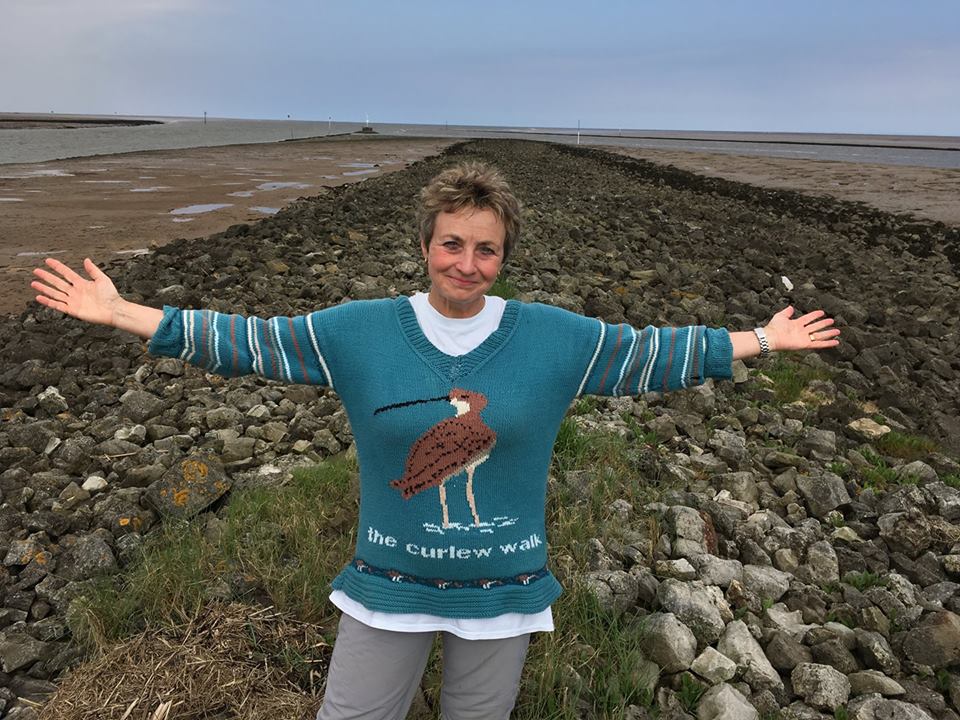 Mary Colwell at the end of her 500 mile walk

However, in the past two decades, as a result of the increasing intensity and industrialisation of agriculture and peat harvesting and, simply taking our eyes off the ball, the population of the curlew, and other once-popular birds is in danger of extinction.

Ms Colwell conducted a 500 mile walk across Ireland and Britain back in the spring of 2016 to analyse the health of the species, and efforts to increase numbers. And what she discovered was quite stark. Ireland currently has as few as 120 breeding pairs, with, it’s believed, only five of them in Kildare.

In order to maintain current numbers, a minimum 20 chicks a year need to successfully hatch. If it goes under that, then the curlew is essentially lost — worse again, at the current rate of decline, we will dip under 20 chicks a year by 2026.

If that could be increased to 60 per annum, then there is a great possibility that the curlew could start to recover and in a decade, be in good shape. This requires careful monitoring of essentially each curlew in the nation, especially around breeding time.

Their nests, which are typically in long grass in the middle of meadows, need to be protected and natural predators, such as foxes and other birds such as crows, need to be controlled. This aspect has proven controversial elsewhere although an audience member drew a distinction between selective culling of a species that is not at risk, such as crows, in order to preserve a species that it.

Ms Colwell has had a lot of success in her time concentrating on curlews, in getting the authorities and Bord na Mona to pay attention to the plight of the bird. She consulted with scientists and academics and ordinary members of the public who are willing to get involved and created the Curlew Task Force.

Ms Colwell pointed out the curlew’s central place in Irish culture . “It’s on a stamp, for God’s sake!” she remarked. Even Yeats mentioned it in a poem: “O curlew, cry no more in the air....”

Referencing an EPA report which said that contrary to assumptions, our wild habitats are in rude health she said Ireland must do better. “We need to have a vision for the future,” she urged.

Read more: Kildare is abuzz with birds of prey

Read more: Kildare baby birds in need of help this time of year