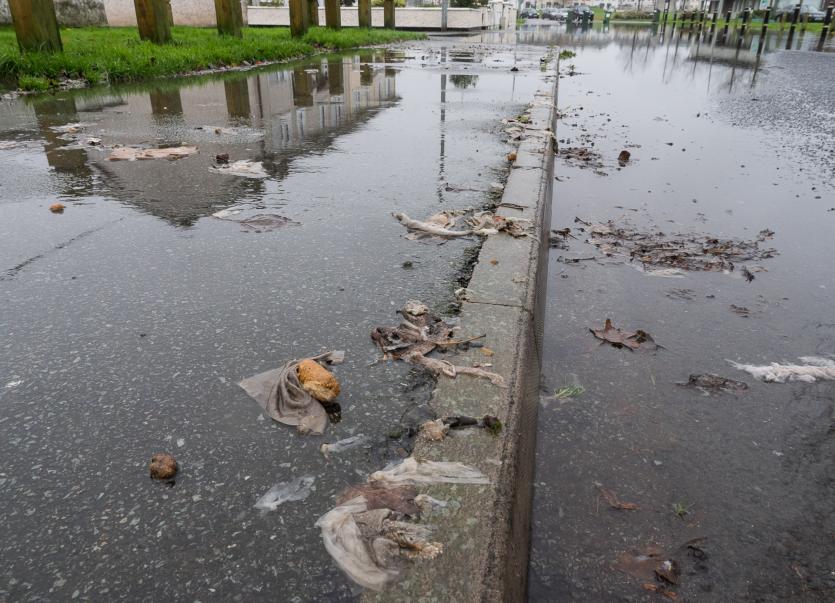 Residents of Dara Park in Newbridge woke up this morning to sewage floating in flood waters seeping up into their gardens, encroaching ever closer to their homes.

Residents Association Chairman Joe Burke is furious that this has happened yet again.

"It's stopped raining now, it's only a drizzle but the rain is supposed to continue to fall until 9pm. The whole estate is affected and over €300,000 was spent by the council to fix this problem but it hasn't worked. The main road is flooded, Lakeside Park and the lake itself is very full," he said.

"People are out trying to sweep the sewage and water away from their homes. It's terrible." 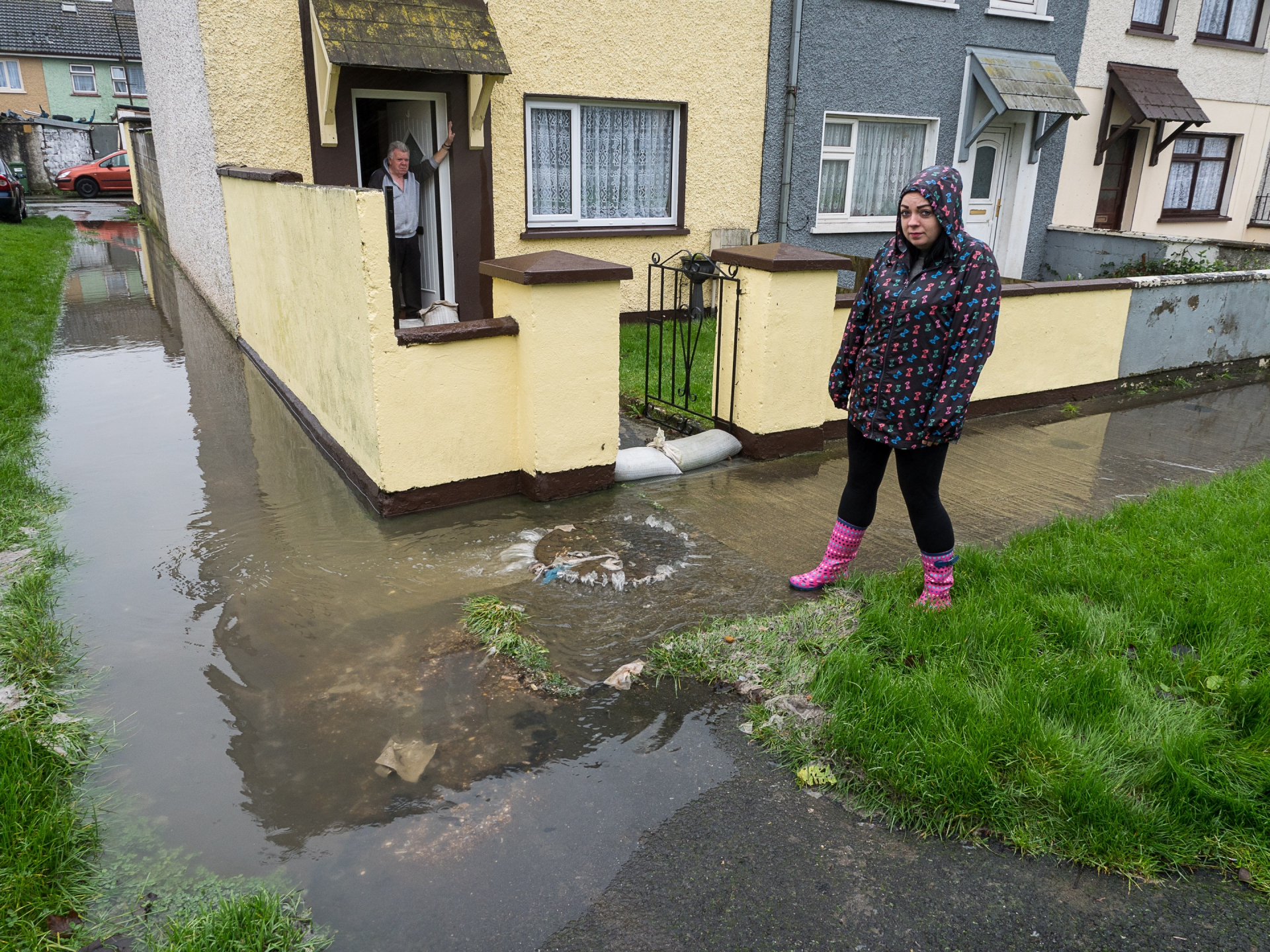 Sewage flowing up through the manholes in Dara Park

Residents are on alert and are monitoring the situation. The fire brigade are now at the scene to try and see if they can tackle the problem.

Kildare County Council said this is a matter for Irish Water and the issues should be reported to this number 1890 278 278 in order to log the calls.

Irish Water have been contacted for a response by the Leinster Leader.

Cllr Fiona McLoughlin Healy said; "I have been inundated with calls from residents of Dara Park and Lakeside, once again fearful of flood damage to their homes. It is absolutely heartbreaking for residents of that despite the recent completion of a €300,000 Flood alleviation scheme their homes are once again under threat of flooding.

"I have spoken with the Director of Environment Services in the Council who has no doubt about the seriousness of the situation. He has assured me that he is working on identifying and addressing the problem as quickly as possible. He has sent an Independent Consulting Engineer together with a senior Council engineer to ascertain the facts of why this has happened."

She said it was seriously embarrassing for the Council.

"How can we spend over €300,000 of tax-payers money to prevent the very flooding now happening again? Residents are incredibly angry and in shock that their homes are under threat AGAIN despite all the monies spent and reassurances given around the completion of flood alleviation works."

Kildare County Council said in a statement on Wednesday evening: "The Dara Park Surface Water Scheme was to alleviate flooding from the storm water system and not the foul water system. Both of these systems consist of totally separate pipe networks with the foul network in the area unfortunately compromised by illegal/improper and legacy surface water connections being made to it.

"The issue with the blockage at the railway culvert was identified and removed, which involved co-ordination with Irish Rail. Surface water flooding of the roads was mostly cleared or subsiding and the clean-up was underway before 2 pm this afternoon." 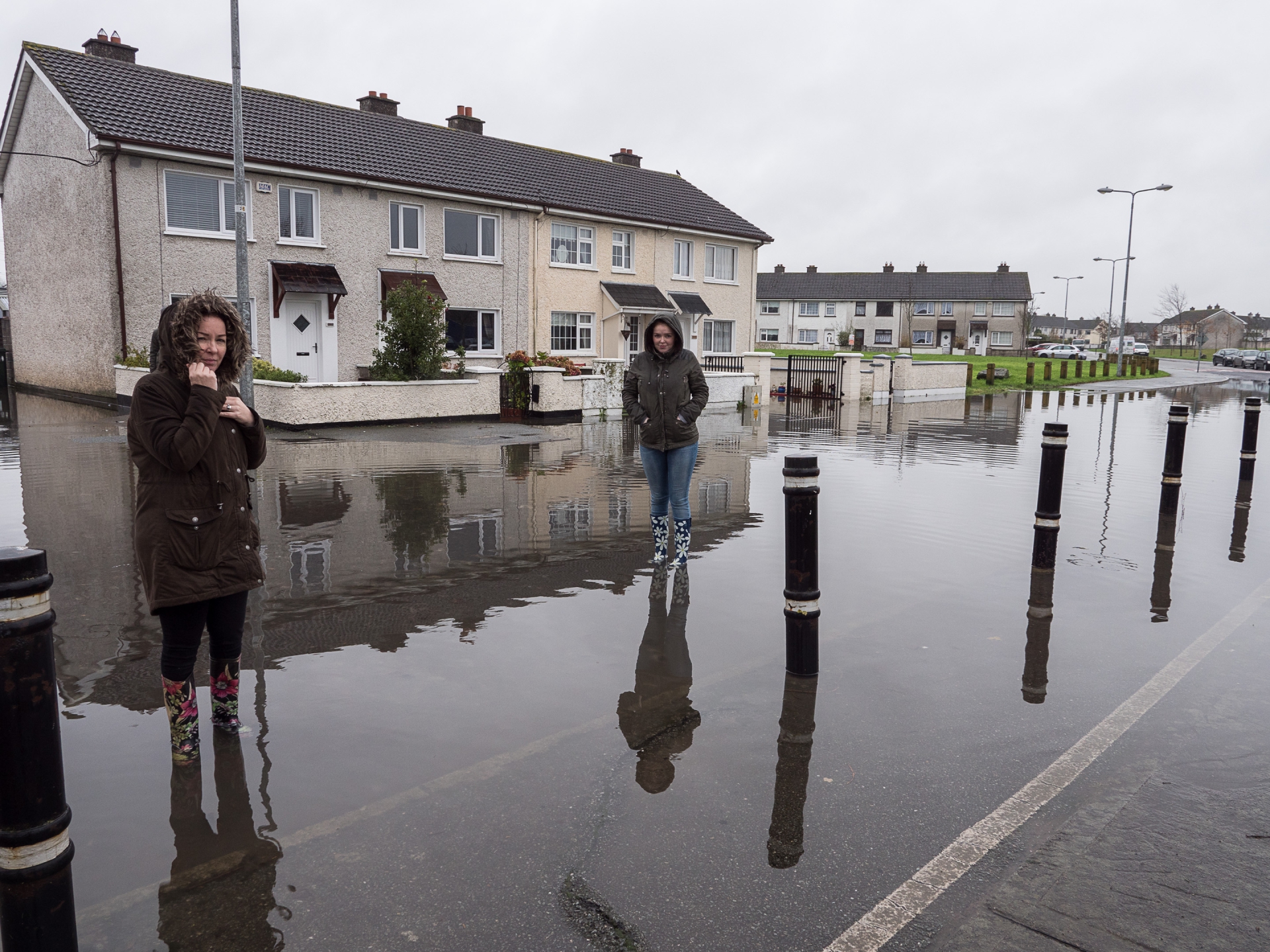 Some of the residents in Dara Park

Kildare Civil Defence volunteers are assisting with the flood response in the county and are providing sandbags at Dara Park.

Irish Water later responded and said it is working in partnership with Kildare County Council following the heavy rainfall that fell overnight and today.

"Crews have been on site at Dara Park this morning to assess the wastewater issues and cleaning crews will be working on site this afternoon. It is important to note that no properties were flooded today," said a spokesperson.

It said Irish Water is working in partnership with Kildare County County to deliver the Upper Liffey Valley Regional Sewerage Scheme Contract Nos. 2A and 2B. Contract 2A has been tendered for construction and tenders are currently being reviewed. Project 2B is expected in the coming weeks. Contract 2B will address the wastewater issues in the network including at Dara Park.

Contract 2A is expected to commence on site in 2018 and will take two years to complete and consists of a new interceptor sewer connecting Newbridge to the wastewater treatment plant at Osberstown.

"This new interceptor sewer will enable works in the follow-on Contract 2B project to be constructed. These works include a upgraded sewer in Newbridge town centre. These works are expected to be undertaken during 2020. Together, these works will reduce out-of-sewer flooding in Newbridge and bring the combined sewer overflow at Kilbelin into compliance with the wastewater discharge licence," they added.

If your area has been badly affected by flooding please get in touch on twitter @leinsleadernews, the Leinster Leader facebook page or email us at editor@leinsterleader.ie

READ ALSO: Find out which Kildare roads are affected by flooding 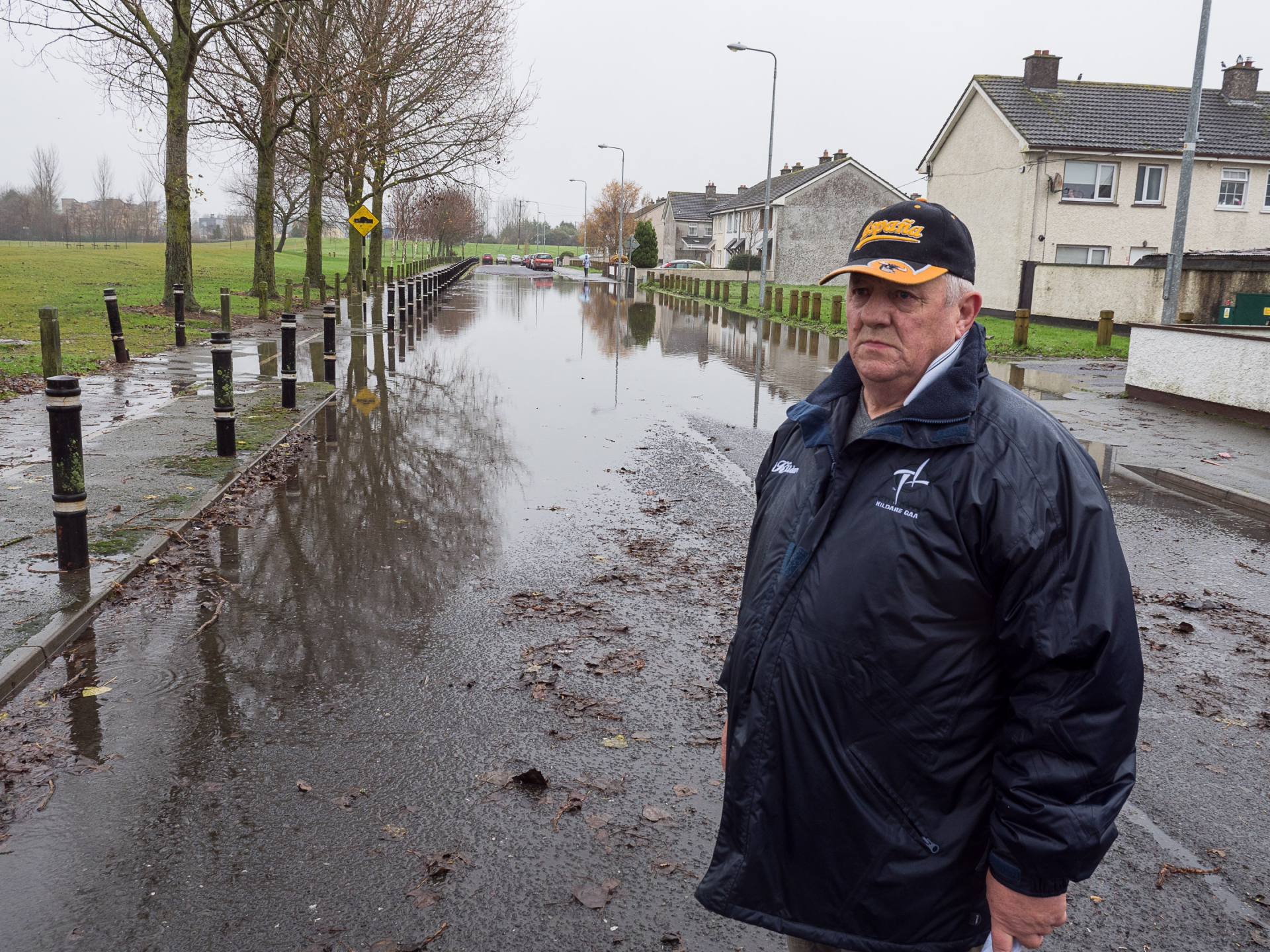