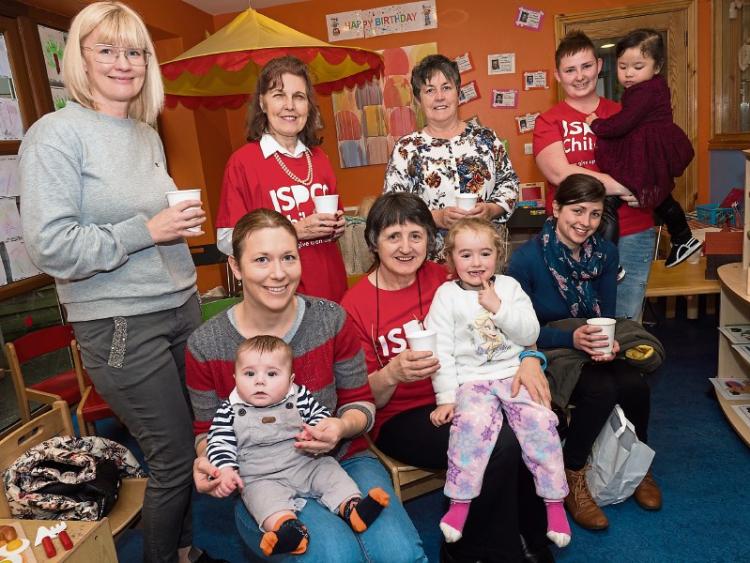 It is quite tricky being a parent today, Dr Sara Jane Gerber, a clinical psychologist with the Health Service Executive, said

Parents are getting a lot of conflicted advice, she said.

When she spoke to the ISPCC breakfast gathering at the Enquiring Minds creche in Yew Tree Park, Clane on November 14, she spoke about “building emotional resilience” in children and keeping things simple for parents.

The event had been organised locally by Mary Dunne to raise funds for the ISPCC’s Childline project.

Dr Gerber was speaking at one of the Enquiring Minds creches run by her mother, ClareVenter.

The message which comes over is that parents need to be a bit more relaxed. “It is about being OK with not being OK.”

The Tallaght-based psychologist said that it would be better if we could listen and suggest, without necessarily finding a solution. “We tend to go into solution mode but it might block us connecting with out children,” she said.

Rather than trying to change behaviour using rewards, more may gained by listening, she said.

That, she said, is what Childline does.

Aideen Rafferty, fundraising manager with the ISPCC, said they raise €200,000 a year from the campaigns and that 85% of the Childline service is funded from fundraising.

Aideen said they are getting a thousand calls a day on the 24-hour, around the clock service. She paid tribute to work of Mary Dunne in organising the fundraiser at the Enquiring Minds.