Robert Mulhern on the curious happenings surrounding the burial of republican Frank Stagg, and the Kildare connections to the case 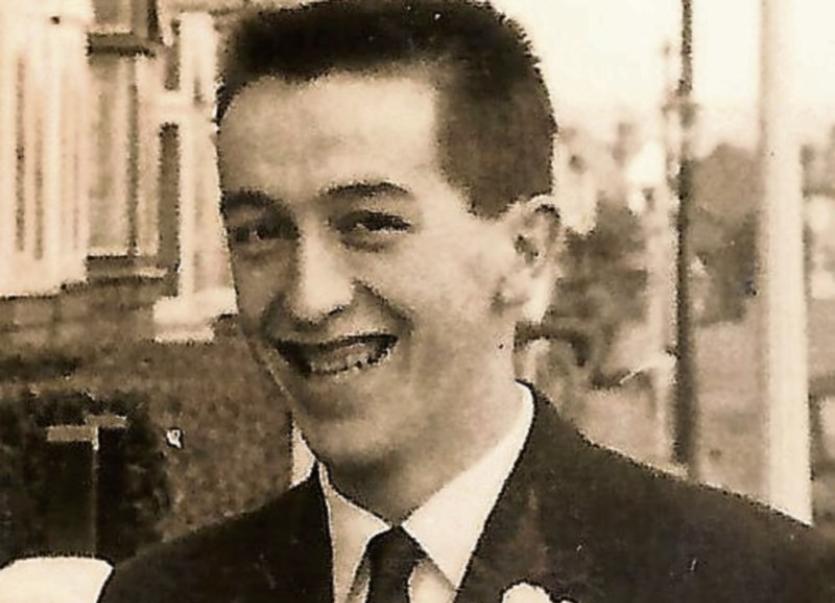 Forty years ago, six men met on a dark, wet night in a quiet cemetery in County Mayo. Standing among the party was a Kildare man who was about to take part in one of the most controversial exhumations in recent memory.

The men were carrying shovels and were there to dig up the body of Frank Stagg, the Republican hunger striker and brother of former Kildare Labour TD, Emmet Stagg.

What happened next would grab the attention of the Irish public, but I only heard of Frank Stagg’s story eight months ago when a colleague called wondering if I’d a contact number for Emmet Stagg. I didn’t, and later the Mr Stagg declined to participate in the telling of Frank’s story in a recently aired RTÉ radio documentary called  Frank Stagg’s Three Funerals.

But I was curious about the other unknown Kildare conection to a hugely controversial episode that saw Frank Stagg receive three funerals, two burials, and pitched his remains at the centre of a tug-of-war being the Irish State and Republican supporters.

The episode involved the army and a near pitched battle with thousands of mourners who had gathered in that same cemetary where the Kildare man later found himself the dark night of November 5, 1977.

Before he died, he asked to be buried in the Republican plot of Ballina cemetery beside the body of his friend Michael Gaughan.

Gaughan had died after being force fed in a British Prison two years earlier in 1974.

When his body was repatriated to Ireland, his funeral attracted thousands of Republican supporters and the Irish Government were determined that Frank Stagg’s funeral would not provide Republican activists the opportunity for publicity.

So the government duped the family into thinking Stagg’s body was being flown to Dublin and instead landed in Shannon.

There, only a helicopter lay in wait and Frank Stagg’s body was flown to his parish church in Mayo. The next day his body was brought to Ballina by the army to be buried in a grave dug by the Gardai, but not in the Republican plot as Frank had requested.

Thousands of mourners and activists descended on the cemetery a day later again and when a volley of shots fired up into the air to salute Frank Stagg, some mourners thought the army were firing live ammunition into the crowd.

Amid the mayhem, soldiers were attacked and people scrambled out of the cemetery bloodied and beaten.

Activists and some family members publicly vowed that Frank Stagg would ultimately be buried in the Republican plot beside Gaughan.

But to ensure this would not happen, the authorities poured concrete on top of the grave and placed a round-the-clock guard to watch the plot for six months.

However, the authorities, who had ordered the grave for Frank Stagg to be dug, had failed to pay the cemetery for the plot. So, spotting an opportunity, Frank’s brother George bought the plot and also the adjoining empty plot because it might afford him the opportunity to dig down and recover the remains.

Then on November 5, 1977, the six man party turned up at the cemetery. But who was the Kildare man? His name was Paul Stanley from Straffan. He was a grand nephew of Kildare GAA great, Larry, and himself played Gaelic football with Straffan.

He was in his early 20s in 1977, and using the cover of heavy rain that discouraged other locals from venturing out that night, Paul Stanley, Frank Stagg’s brother George, and the rest the of men took it in turns to dig their way down into the adjoining plot and once deep enough, they dug across into the plot where Frank Stagg was buried.

Using ropes, they retrieved the coffin and carried it across to the Republican plot on a sheet of ply-wood, to protect the casket.

The remains were then reburied. Afterwards Stanley and the men left the cemetery and a call was made to Frank Stagg’s mother to tell her her son had been at last laid to rest. It should be noted that Emmet Stagg opposed the reburial, according to reports at the time.

Paul Stanley contribution to this episode doesn’t appear to be widely known.

But it seems he was immensely proud of his role in the recovery of Frank Stagg’s body.

In the years after the controversial recovery he married, and children and grandchildren and remained involved with Straffan GAA club who gave him a guard of honour when he died in 2010.

Frank Stagg’s Three Funerals is available to podcast on RTE’s The Documentary on One website and iTunes.