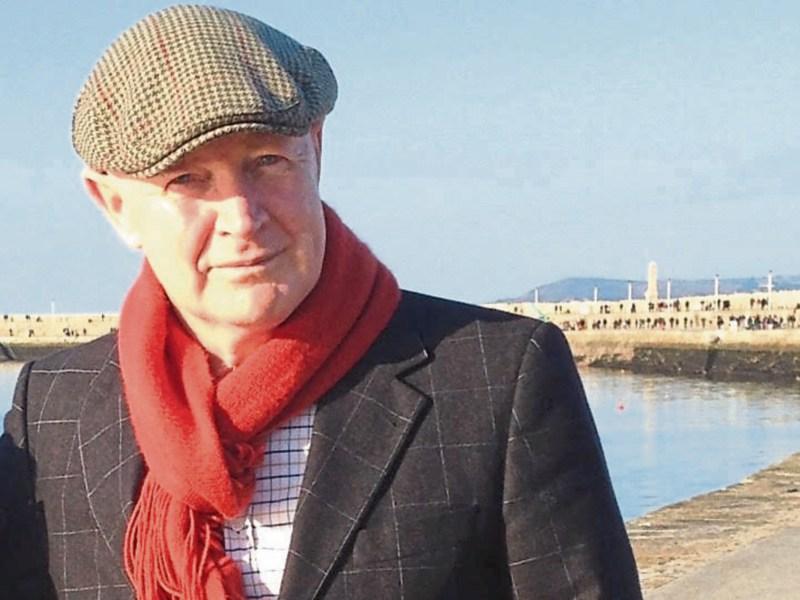 It is no exaggeration to observe that Tommy McCormack lived the fullest of lives.

Up to recently he was performing with the Past Times Community Choir at McAuley Place in Naas on Tuesday mornings between 11 and 1pm.

And he contributed a painting to the 2018 calendar launched by McAuley Place; his depiction of a sailing boat and a reflection on his life marks the month of November 2018 and is titled Life is an Ocean.

The calendar has itself just been launched by McAuley Place.

A native of Pairc Mhuire in Newbridge, Tommy was born in June 1950.

He attended primary school at St. Conleth’s NS in Newbridge and also the Patrician Brothers Secondary School in the town.

Tommy later studied hotel management at the then Intercontinental Hotel in Dublin, later to become Jurys Hotel. He worked in the hotel/catering industry for much of life and he also worked at Dublin’s Burlington Hotel.

He was the manager of a Kentucky Fried Chicken outlet in Rathmines but he always had a yearning to have his own business.

So he launched Chicken America on the Moorefield Road side of the town centre in Newbridge in 1980.

The enterprise was the first of its kind in the area and brought a taste of American fast food to Co. Kildare.

Chicken America was new innovative, and super cool and it was the go-to place for late night food long before the better known brands had landed in town .

Later the family opened a second shop in Naas, which was eventually sold on as they made a deliberate decision to focus on the running of the original Newbridge business and they ran this until 2010.

Tommy was a talented sportsman, playing Gaelic football with Moorefield and he was probably a more enthusiastic soccer player, locally and with top SSE Airtricity premier league side (then known as the League of Ireland) St. Patrick’s Athletic at Richmond Road in Dublin. He was also a member of the Royal Curragh Golf Club.

But he was also very well known as an entertainer — a musician, singer and actor.

He was regular feature of the Bealtaine Festival for years and also helped to raise the profile of the Riverbank Arts Theatre in Newbridge.

Tommy was well known as a member of the Rebel Folk band.

He appeared on numerous TV ads including one produced for Smithwicks and a still from that advertisement featuring Tommy stood in many pubs the length and breadth of Ireland.

A member of Irish Actors Equity, he participated in many stage performances in theatres in Dublin.

One his more notable roles was on the set of John Boorman’s Excalibur, the multi million euro grossing film, which was filmed largely in Ireland.

Made in 1981, it retold the story of King Arthur and Knights of the Round Table and also starred Helen Mirren, Patrick Stewart, Gabriel Byrne and Liam Neeson — most of whom were relatively little known at the time.

The movie was replete with battle scenes in which armoured knights participated and Tommy was in the middle of many of these.

Ever willing to embrace a challenge, Tommy undertook many cameo roles and also performed as a stuntman.

At that time Tommy and his wife Annette lived in South Dublin and the role led to more work for the Newbridge man at both Ardmore Studios in Bray and Pinewood Studios in London.

Tommy first got involved with music as a teenager in school.

He was to embrace jazz and played with the Guinness Jazz Band.

Though he mostly played the guitar, he could play a variety of instruments, including the bodhran, with aplomb.

Tommy lived with Alzheimer’s Disease for some years before his death on October 24 but he never allowed it to define him and he continued to pursue his hobbies and interests.

He looked forward to his visits to McAuley Place where his contribution and participation were welcomed, especially by the choir and the community based nature of McAuley Place as welcomed by Tommy and the family members.

For a few months before he died, Tommy lived at the Killerig Nursing Home, near Tullow, where the care provided was outstanding.

His funeral took place to Barrettstown Cemetery in Newbridge, following mass at the Dominican College Church in Newbridge.