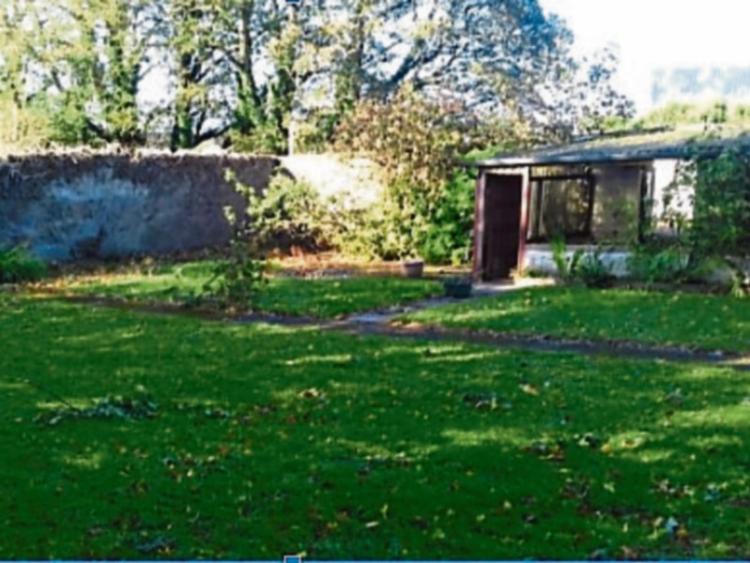 It’s happening again. Every year around this time, seemingly out of nowhere, comes an irresistible compulsion to attend to the needs of the homestead. And as I have said before, it is a totally primal, subliminal, unconscious thing. It quite clearly has to do with our inherent rhythms, our ancient propensity to tie up loose ends (often literally) before the onset of the unforgiving winter.

So here I am around the house fixing galvanised shed roofs, cleaning gutters, changing oil on vehicles, cleaning and edging flower beds, pruning trees and large shrubs, cleaning out sheds, doing dump runs. And the miraculous thing is that the energy to accomplish all these things just seems to materialise around mid-October. It just happens. Our long work season is slowing down, the body is tired yet it can summon one more burst of momentum to get ‘winter ready’. It’s a magical thing.

And if it’s that time of year, then it must also be time for the projects which will comprise the Kildare and Wicklow ETB Community Education Service contribution to Adult Learners’ Festival next March to get themselves up and running. And so there I was last Wednesday week in Athy, when the tutors and participants in the five projects got together for the first time.

Each year the projects are ascribed an overarching theme upon which to base, as loosely or rigidly as appropriate, their work. This year the big idea is Heath and Wellbeing.

Last year the theme was the Environment and our project was a modest overhaul of the long derelict famine and workhouse graveyard, St. Mary’s on the Ballintubbert Road in Athy. The rationale was that the promotion of engagement with an aspect of our history which is often conveniently ignored could only create positive energy, with consequent benefits to our ‘spiritual’ environment as well, of course, as the more obvious and tangible improvements which the work made to the physical environment.

This year the theme will be similarly open to interpretation by the individual groups. An interpretation which is established democratically through conversation and discussion and which clearly establishes the direction and thrust of the work which the groups commit to undertake.

And this is perhaps the highest of many high points associated with involvement in such a project. It is by its nature co-operative and collaborative. The job of the tutor is simply to provide the space in which the participants feel empowered to take ownership of something which is, after all, deeply personal and resonant to them.

This year I am delighted to be mentoring the development of a Sensory Garden at the EVE Harvest Centre in Kildare Town. One look at the Mission Statement of the EVE programme suggests that this is a setting which could not be more compatible with the overarching aims of this years’ Adult Learners’ Week: “EVE seeks to provide contexts which support people to become active citizens in their local communities by promoting health, wellbeing, learning and social inclusion in quality, person-centred community services.”

I made my first visit to the site last Tuesday and was immediately impressed, initially with the setting in which the garden will be housed and subsequently with the strong and coherent vision which the management have for what can be achieved through, and by, the project.

Measurements and photographs were taken, the ideas are coming thick and fast but this endeavour will not be, nor should it be, the result of a single vision. It will embody the opinions and input of all and reflect the sensibilities of those who will ultimately be the regular users. It promises to be a great community project. Watch this space.

The EVE Harvest Sensory Garden project will meet every Tuesday morning at 10.00 am between now and February at the EVE Harvest Centre, Dublin Road, Kildare Town. Donations of labour, plants, materials and biscuits will be gratefully accepted.

The EVE Harvest Sensory Garden project will meet every Tuesday morning at 10am between now and February at the EVE Harvest Centre, Dublin Road, Kildare town. Donations of labour, plants, materials and biscuits will be gratefully accepted.

Brian Burke writes the weekly Design For Life column in the Leinster Leader. Brian Burke was the winner of RTE's Super Garden 2015 and won the Silver Gilt medal at Bloom that year. His garden, GOAL'S Damascus Courtyard — War and Peace, won the Silver Medal in the Medium Category at Bloom 2016. He can be contacted at 086 4073688 or online at www.brianburkegardens.com or brianburkegardens @gmail.com