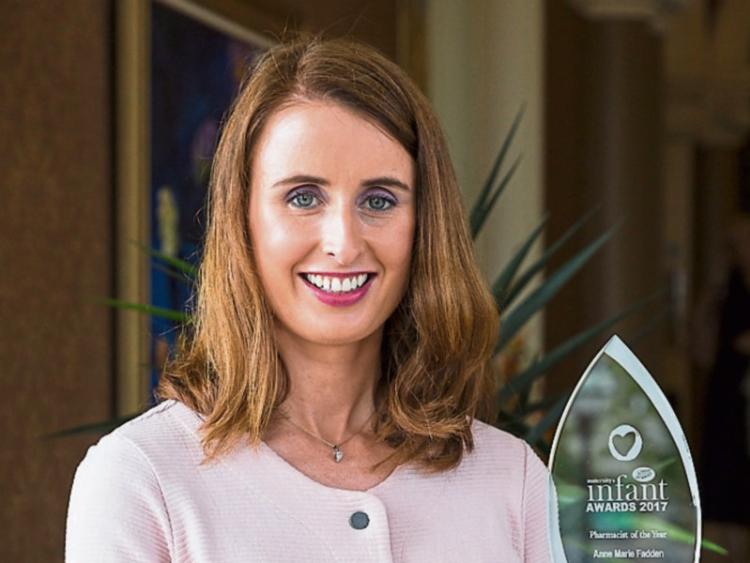 A Clane business woman has won a national award for her work.

Anne-Marie Fadden of Fadden’s Pharmacy, Clane, won the Pharmacist of the Year at the Boots Maternity and Infant Awards 2017.

The awards ceremony which was celebrating its tenth year was held at the Royal Marine Hotel in Dun Laoghaire on Friday October 13.

Hosted by RTE’s Maura Derrane the awards recognise inspirational people and commends and celebrates the very best products and services for parents and babies in Ireland.

Anne-Marie was nominated for the award by one of her customers.

SEE ALSO: Relics of St Therese of Lisieux coming to Clane next week

The customer got to know Anne-Marie over the summer months when her daughter became ill.

This involved numerous trips to the doctor, countless courses of antibiotics and even surgery.

In her nomination for Anne-Marie the customer praised the pharmacists caring and compassionate nature saying.

“Anne-Marie always listened and she always cared. I suppose because I was always seeing different doctors and she was the only constant. She was reassuring and she’d give me advice," she said.