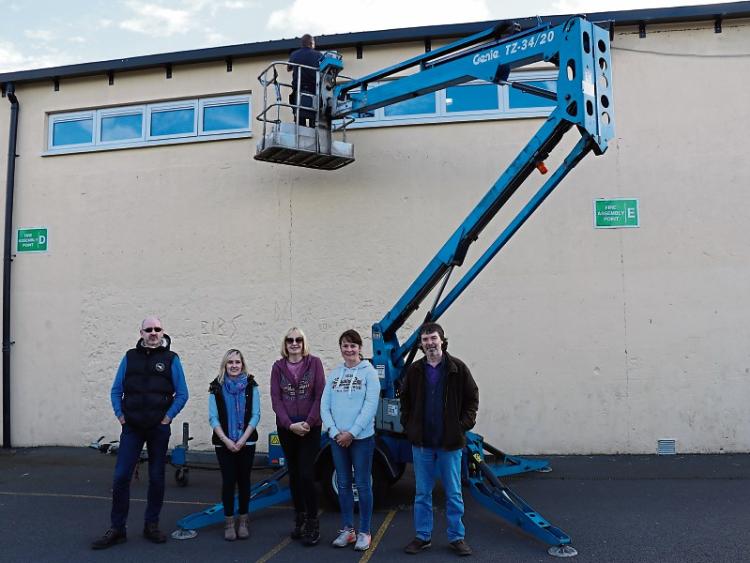 There’s nothing slow about the decline of the swift. This most durable of bird species is under threat.

Wild Kildare, a new voluntary group, set up recently to promote, enhance and protect wildlife and biodiversity of Co Kildare, is working to promote a growth in bird numbers.

The swift population in Ireland has fallen by 40% in the last twenty years.

Swifts nest in older houses, typically where the joists which support a dwelling roof meets the wall at the front.

But almost all new houses come complete with plastic or PVC facia and soffit which is used to protect the joists and other structures.

The problem is compounded by the swift's habits. The bird will return to the same nesting site year after year, even if it has been boarded up. An example of this is a nest between the narrowest of gaps between two walls at Colaiste Lorcain, Castledermot.

The swift can fly as high as a commercial airliner. They migrate between southern Africa and Ireland, travelling up to 4.8 million kms in a lifetime. They can live for up to 21 years and they eat, sleep and mate on the wing — only landing when they want to nest. Generally they spend the winter in Africa and come to Ireland to breed and raise their young.

Sometimes confused with house martin or barn swallow, they differ from either because they spend a shorter time here, rear one clutch of young, and are cleaner.

Paddy Sheridan, chairman of Wild Kildare, says the group relies almost totally on the donations of its volunteers and funding is badly needed to pay for the boxes which the group puts up on buildings where the swift is known to next.

“Modern houses and buildings are air tight so the birds can’t nest there. They go to old buildings but these are becoming scarer as time passes. They like to nest in places like Sarto in Naas, Coill Dubh and in large buildings Athy,” said Paddy. Some towns are critically low, like Clane and Monasterevin, and while Maynooth has 25 nest sites they are all on an a building in the old campus of NUI Maynooth.

Today there are 121 nest sites in Athy, 23 in Newbridge but just 15 in Naas, a figure Paddy describes as “pathetic”. There are 41 at the Colourtrend Paints premises in Celbridge.

“There are 18 nests in the church in Kilcullen but if that building is renovated the birds will no longer be able to nest.”

“Although we’ve had help from the Clanard Court Hotel, Athy; Naas Tidy Towns; many other Tidy Towns groups and Naas CBS, the lack of money is a problem.” WK secretary Theresa Bennett knows that residents can be wary of having birds on their property.

“But often you’re not even aware they are there. They fly in very fast, spend little time and create little or no mess.”

WK is trying to combat the decline by going to schools as well as other buildings including houses, seeking to erect nest boxes and nest bricks.

The nest boxes cost €100 each and are accompanied by a €50 call system which mimics the birds screech in order to attract and encourage it to nest there. Once one builds a nest there, other will follow.

“We’re after the the younger birds aged 1 to 3 years, who haven’t nested before. If they don’t have a nest site and we can provide one we’ll help to save them,” added Paddy.